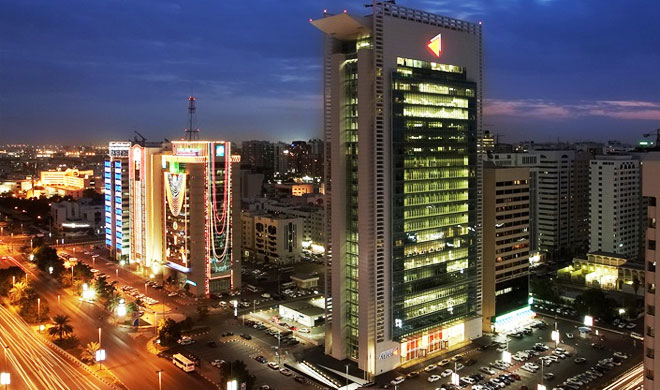 Since the global financial crisis, banks world-wide have struggled to rebuild balance sheets with a focus on openness and risk management strategies. One surprising success story comes from the Middle East, a region where corporate governance is still in its infancy.

Despite the support of massive oil revenues, U.A.E. banks were not immune to the tidal impact of the U.S. sub-prime mortgage fallout. In 2008, after a period of incredible growth, the Abu Dhabi Commercial Bank (ADCB), the country’s third largest lender, suffered a spectacular collapse. How it pulled itself out of the quagmire of bad loans and high risk investments is a lesson for financial institutions everywhere.

When it formed in 1985 from the merger of three “stressed’ government-owned banks, ADCB, like many financial institutions around the world, viewed risk as second to the mantra of “let’s just grow!”. Opportunities abounded across the rapidly expanding, oil-rich region, and ADCB, a publicly-listed company, 58 percent-owned by the Abu Dhabi government, with a reputation for innovation and strong service, saw net profits increase almost five-fold between 2003 and 2007 while returns on equity and assets doubled.

But by the third quarter of 2008, it became the clear the days of easy money were over. The global financial collapse hit hard and fast, losses replaced profits and the bank’s share price tumbled as its ‘overstretched’ loan book overflowed with high risk investments.

“In a very short course the ADCB went from a well-touted success story to an institution under threat,” notes Stephen Mezias, INSEAD Professor of Entrepreneurship in his recent case study Middle East Turnaround: Strategy at ADCB after the Financial Crisis.

“The next four years saw an equally incredible turnaround in which it quickly stemmed its losses and achieved a new growth spurt.”

The bank’s success, according to Mezias, can be largely attributed to its leadership team who kept cool under stress, led by example and refused to cut corners. Ala’a Eraiqat, ADCB’s deputy CEO when the crisis hit, took over the top job in 2009 and, by focusing on core competencies and a level of transparency previously unheard of in the region, steered the bank through the most turbulent period of its young life.

Opening up the books

“After the fall, ADCB moved quickly to world standard transparent governance and reporting, aspiring to standards well beyond the legal requirements of the U.A.E.,” Mezias told Knowledge, noting the move was a risky one. “Being a leader in transparency and governance and risk management put them at least temporarily at a disadvantage to some of their competitors who, for example, continued to try and present their loan books as if they were far better than they were in reality.”

The new CEO believed in openness within the bank as well, and began by taking action to ensure that every employee  was aware of the crisis and of each hard-won success that came from the turnaround effort.

“He encouraged a broad dialogue about turnaround strategies and a level-headed approach to the market: Stay good, stay humble, meet every client, talk to them, be there, be visible, be aggressive,” notes Mezias.

There were regular presentations to analysts and agencies such as Moody’s and Standard & Poor’s and to the bank’s board.

“The management team under Eraiqat realised if ADCB was to rebound, a solid, trusting transparent relationship with its board of directors had to be reinforced,” he says.

The emphasis on the introduction of corporate governance was welcomed and supported by a mutual conviction between board and management that this was pivotal to the bank’s on-going recovery.

Also pivotal were its staff. The bank had cultivated human capital since 2003 recruiting and training large numbers of skilled people. They were, as Mezias points out in his study, one of the organisation’s most valuable assets.

“To demonstrate their conviction that results come from people, they made a commitment to every staff member that no-one would be fired on account of the crisis.”

Instead attrition was used to reduce labour expenditure and for months after the crisis, departing personnel were not replaced.

Those that stayed were immersed in the company’s new climate and culture which insisted that all staff from top managers to line employees contribute to the turnaround by identifying cost-cutting measures and expanding the search for new sources of deposits.

“Printing costs plummeted as people shared best practices, even selectively removing colour cartridges. Utility costs were cut thanks to volunteers who coordinated the use of electricity and air-conditioning after-hours: in every department staff were actively seeking ways to implement positive change,” notes Mezias.

But the savings and a demonstrated growth in income had little impact against the huge defaults in entities like Global Investment House, Dubai World, Saad, Al Gosaibi and two, now insolvent, Kazakhstan banks in which ADCB had holdings.

“The challenge in 2010 was to institutionalise the positive aspects of the response to the crisis of the previous year,” says Mezias. “The top management team worked to ensure that the new conservatism that had allowed them to survive the crisis could be turned into a long-term strategy for growth.”

The fact that the board and the Abu Dhabi government had the patience to back them up and take the long view,  gave Eraiqat and his team the opportunity to focus on a three-year strategy. “A prime objective was to build resilience. As the global financial crisis continued, the need to make provisions for loan losses and other bad assets would continue. Shoring up the defences that had permitted record operating income in 2009 was the first order of business. Ongoing reinforcement of very conservative financial policies and a low-risk appetite culture was crucial.”

The bank continued to invest in training its people and made the vital decision to pursue growth and stability in the domestic market – particularly local business and consumers.

“It was a case of showing confidence in their own country and their core competencies, saying what we, as a domestic U.A.E. bank, can do better than anyone else,” Mezias explains.

“Competitors such as Citibank or HSBC were able to come in with their private banking divisions and syphon off some of the wealthiest Emiratis â those who want to be able to move their money very easily in and out of the country. So ADCB didn’t go after that segment, but they certainly went after credit cards and the micro businesses. The small and medium support firms for the petroleum sector were all targeted as ADCB customers.”

The strategy worked. While the economic conditions remained challenging, the bank posted a 2012 full-year net profit of AED 2.8 billion, (down just eight percent from the previous year which included a one-off gain of AED1.31 billion from the sale of its stake in Malaysia’s RHB Capital).

“The ADCB case study,” notes Mezias, “is a powerful demonstration that success, wherever you are, is often transitory, that effective leaders are those who respond quickly and decisively to crises, and that creating the systems to reverse performance declines often involves perspiration as well as inspiration.”