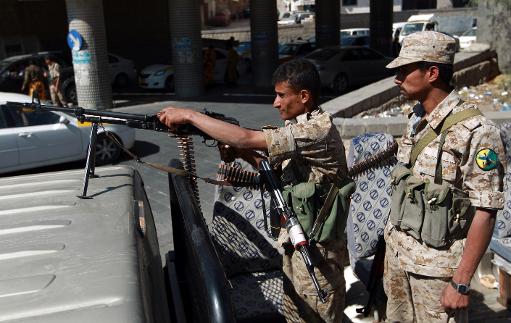 A drone strike on a wedding convoy in Yemen killed 17 people, mostly civilians, medical and security sources said Friday, adding grist to mounting criticism of the US drone war.

“Some” of the dead in Thursday’s strike near the central town of Rada were suspected members of Al-Qaeda, but the rest were all civilians with no connection to the jihadist network, a security official said.

The death toll from the two-missile strike rose to 17 overnight, a medical source in the Bayda province town, told AFP.

Two of the dead whose names were released — Saleh al-Tays and Abdullah al-Tays — had figured in the past on Yemeni government lists of wanted Al-Qaeda suspects.

But most of those killed were civilian members of the Al-Tays and Al-Ameri clans headed to the wedding, the security official.

He said one of the rockets scored a direct hit on a vehicle carrying at least 10 passengers. The other struck near the convoy.

The US military operates all unmanned aircraft flying over Yemen in support of Sanaa’s campaign against Al-Qaeda and has killed dozens of militants in a sharply intensified campaign this year.

Yemen is the ancestral home of Osama bin Laden and the home base of Al-Qaeda in the Arabian Peninsula (AQAP), which the United States views as the global jihadist network’s most dangerous franchise.

The group said it carried out a brazen daylight attack on the defence ministry’s sprawling headquarters in the capital on December 5, which killed 56 people, among them expatriate medical staff.

It claimed the complex hosted US personnel behind the drone strikes.

There was no official response from Washington to the AQAP claim.

While US officers or agents cooperate with their Yemeni counterparts in intelligence gathering, the unmanned aircraft are believed to be flown out of bases elsewhere in the region.

The US military and Central Intelligence Agency have access to a network of bases for its drone fleet in Djibouti — in the Horn of Africa just across the Bab al-Mandab strait from Yemen — as well as other countries.

Critics say the drone strikes have claimed numerous civilian lives and have demanded an end to the secrecy surrounding their use.

“We are questioning the entire issue of a policy that is done under the shadows of secrecy without accountability,” Medea Benjamin, co-founder of the CodePink anti-war group, said last month.

Accompanied by relatives of Yemenis killed in drone strikes, Benjamin spoke of a “counterproductive” policy that has stoked anti-American sentiment, during a “Drone Summit” event in Washington.

Dozens of protesters marched in front of the White House, before heading towards the offices of General Atomics, the manufacturer of the Predator and Reaper unmanned aircraft used in the controversial strikes.

The number of victims from the strikes in Yemen remains unclear and estimates vary widely.

According to November figures from the Washington-based New America Foundation, a think-tank that has tried to closely track and vet the numbers, 93 strikes since 2002 have killed 684 to 891 people, including between 64 and 66 civilians.

AQAP remains active across most of Yemen from its strongholds in the south and east, despite offensives by the army and the US drone strikes targeting its leaders.

In January 2012, around 1,000 Al-Qaeda fighters, led by Tarek al-Dahab, overran Rada and held it for nine days before withdrawing under pressure from Yemen’s powerful tribes.

On August 30 this year, a drone strike in Bayda province killed Dahab’s brother, Qaeed, who was also a local AQAP commander.