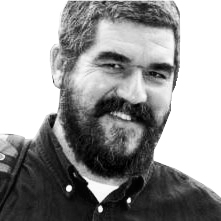 We have already lost count of the number of times that US Secretary of State John Kerry has visited Israel over the past few months. Is it ten or eleven times? Israeli patriots resent the intensive American pressure coming from the Obama administration to force Israel into yet another agreement with the PLO. Twenty years into the failed Oslo Accords, the dreamy ideologues still refuse to face the facts and acknowledge that this course for “peace” was built entirely on false assumptions.

The PLO leadership makes no effort to hide the fact that they refuse to recognize any right of the Jewish people to a state of their own. Actually, they don’t even acknowledge the Jews as a people at all, but rather as a religion that does not require a state – and surely not on the eastern shores of the Mediterranean, in any case.

Kerry’s stated goal for this shuttle diplomacy is to see a final agreement between Israel and the PLO within months, but calling his conduct “diplomacy” is questionable; it is really more like an arm twisting campaign.

“The US’ careless policies in other MENA situations over the past two years should raise major concerns”The question that all local players should be asking is: “On what basis does the US administration flash around their ‘wisdom’ on how things should be done in this region?” If you examine the seemingly endless list of American fiascoes in MENA, Bengazi, Egypt and Syria, not to mention Iraq and Afghanistan, you will notice that US policy hasn’t recently provided any positive accomplishments to point to or uphold as winning concepts to copy.

America’s strongest argument is “Well, we have a lot of money to flash around…” But is that still really the case? With the USA now in debt 17 trillion dollars to China and still counting, maybe the time has come for MENA countries to start to face east and ignore the obnoxious pressure from the western countries that can hardly pay their own bills.

Secretary Kerry’s arrogance and unconcern for the people who live here has been exposed in new dimensions, as reported by Maariv’s Shalom Yerushalmi. He shares his personal experience of being one of hundreds of Jerusalem drivers forced to wait in their cars at police roadblocks set up in Jerusalem to provide clear passage for Kerry on his return from Ramallah to Jerusalem in the first hours of the worst snow storm to hit this region in the past one hundred and fifty years.

RELATED Testing the Two State Solution: Time for Europe to Get Tough?

Ultimately, the heavy snow locked many cars on the highway and made it impossible for the city’s limited snow plows to access and clear the roads. These cars lay stuck in the middle of the road until after the snow storm on Sunday, four days later. Drivers had no choice but to abandon their cars and attempt to reach their homes by other means.

Kerry’s insistence on coming here uninvited again and again, with no regard for the discomfort that this causes to the local population is a microcosm of the current US administration’s disregard for the well-being of our local population. In addition, the US’ careless policies in other MENA situations over the past two years should raise major concerns for our regional leaders, whom the Americans are trying to push around.