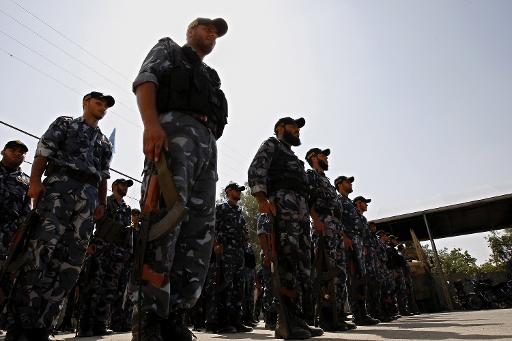 A three-year-old Palestinian girl was killed in an Israeli raid on the Gaza Strip after the fatal shooting Tuesday of an Israeli near the Gaza border, in the latest uptick in Israeli-Palestinian violence.

Cross-border exchanges between Israel and Gaza have increased in recent days, and Israel said Tuesday it holds Islamist movement Hamas responsible, as rulers of the Palestinian enclave, for any fire directed from there at the Jewish state.

Palestinian medics named the dead girl as Hala Abu Sabikha from a refugee camp in the central Gaza Strip.

They said at least six other people had been wounded in the series of tank and air strikes throughout Gaza, including on militant positions.

The Israeli army said its aircraft, tanks and infantry “targeted terror sites in the Gaza Strip.”

The army said the attacks were in retaliation for the shooting of an Israeli man engaged in maintenance work on the northern Israel-Gaza border fence by a Palestinian sniper.

A police spokeswoman identified him as Saleh Abu Latif, 22, a Bedouin from the southern town of Rahat.

The army said Abu Latif was the “first Israeli civilian killed in the vicinity of the Gaza Strip” since a major eight-day outbreak of fighting in and around Gaza in November 2012.

Just ahead of the air strikes, Prime Minister Benjamin Netanyahu warned that Israel would respond “forcefully” to the attack.

And Defence Minister Moshe Yaalon stressed that “in Gaza, Hamas is ruler, and we hold it responsible for the shooting today from the Strip and the rocket launches in the past two days at Israel.”

Later in the day, Yaalon ordered the closure of the Kerem Shalom goods-crossing between Israel and Gaza due to the recent escalation, “until further notice,” a security official told AFP.

âToday the Israeli government proved to the entire world that they have an agenda of war, not for peace, and are only interested in committing crimes against our defenceless civilians,â said Erakat, who is chief negotiator in ongoing peace talks with Israel.

A statement from Hamas, which does not recognise Israel, said “the occupier and its raids will not deter or stop the resistance.”

A spokesman for Hamas said later they had updated intelligence officials in neighbouring Egypt on the escalation with Israel, while holding discussions with other Palestinian factions in an effort to contain the situation.

The latest round of violence began on Friday, when a Palestinian was killed and four wounded along the heavily fortified fence after a mortar round was fired at Israel and Palestinians attempted to breach the border fence.

And on Monday, the army said troops had fired at an individual “trying to place a bomb” near the fence in northern Gaza.

Earlier the same day, police reported a rocket fired from the Hamas-ruled coastal enclave had hit southern Israel without causing any casualties or damage.