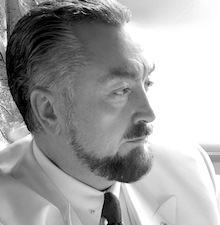 Read by millions of people for his work on political and faith-related issues, Mr. Adnan Oktar (also known as Harun Yahya), writes here about the scale of the Syrian tragedy and how to end it.

Some 130,000 people have lost their lives in the civil war in Syria that has been going on for some three years. The picture that emerges when the injured, detained, the missing, those who have lost their homes and refugees are added to the overall picture reveals the full horror going on in the country. Cities are being destroyed in Syria, and the country now looks like nothing but a huge pile of debris. The settlements resemble graveyards with no life, no movement. However, Assad still claims to be the so-called president of these empty lands, the so-called leader of the physically non-existent Syria.

The UN High Commission for Refugees has announced that Syria is currently the country with the highest level of forced migration in the world. The number of Syrians forced to flee their homes since the civil war began in March of 2011 has exceeded 8.5 million, with at least 6.5 million having to flee for reasons of safety: The majority of these people have no access to electricity, water and medicines. Two and a half million people live in a region where the civil war is raging. Another 2.2 million have migrated to various neighboring countries, especially Turkey, Jordan, Lebanon and Iraq. Humanitarian assistance is failing to reach half the country.

A look at figures provided by UNICEF makes the picture even clearer. Half the people in need of aid in Syria are under 18: More than 500,000 children under the age of five need help and half of those who have fled the country are children. The UN Children’s Fund states that the infrastructure and public areas in Syria have been systematically attacked, and that hospitals, health centers and the education system are on the brink of collapse. George Mekhasi of the aid agency Medair, said that because the refugee tents in the Beqaa Valley of Lebanon were situated so low, water often filled the tents and the children had to sleep in water as a result. He said the situation has brought about many serious diseases some of which haven’t been seen in decades.

The UN General Council has to date issued not one resolution regarding this humanitarian crisis in Syria. Turkish Foreign Affairs Minister, Mr. DavutoÄlu gave a speech last November at the Brookings Institute. He said that despite the convincing evidence and arguments, the UN refused to add even a single paragraph to the UN resolution on chemical weapons regarding the humanitarian disaster unfolding in the country.

In an article written together with Bosnia Herzegovina Foreign Minister Zlatko LagumdÅ¾ija for the Washington Post last August, Mr. DavutoÄlu stated the following:

“How long will the U.N. Security Council continue to look the other way while such carnage goes on in full view? How long will the international community hold back while an estimated 5,000 Syrians lose their lives every month at the hands of the regime in Damascus? Is the world waiting for yet another apology by a U.N. Secretary General for inaction in the face of a man-made humanitarian catastrophe — as happened in Bosnia and Herzegovina?” As with the earlier massacres in Rwanda and Srebrenica, innocent people are again being slaughtered today before the eyes of the leaders of the world.

It is important to perform a comparison to grasp the scale of the misery. All it takes is for anyone to imagine for a moment that half the population of their own country become refugees and that whole districts are being shelled every day.

The Solution to Syria Is Unity

The Western world steps in only when there is the mention of chemical or nuclear weapons, and silently watches all too frequent massacres carried out with conventional weapons. Some deep structures that aim to steer the Western world do not refrain from saying ‘the clashes between Muslims should be encouraged thus ensuring none of them wins’. While this is the fact, it would be wrong to look for a solution in different directions.

The only effective solution in the face of the Syrian civil war and the refugee crisis is for Islamic countries to unite against the oppression in Syria. So long as we lack that unity, new suffering will continue to visit the Islamic world every day.

The moment that Islamic countries turn into a Union Force capable of resolving all problems at lightning speed, the supporters of civil war and conflict in the Middle East will immediately stop doing so. This great force, that will command peace and goodness with the backing of 1.6 billion Muslims, will naturally also have the greatest influence in Syria. This union, which will act as a deterrent to both Assad and the other fighting opposition groups while also bringing security, will inevitably provide the pulling back of both sides.

On the other hand, it is of paramount importance to evacuate everyone just to be on the safe side, considering that the war still rages on, even as the talks continue. In addition to this, it is critical that the countries in the region stay committed to their decision of hosting the refugees, and all other countries should be more committed to financially support these host countries. It is a matter of urgency for all the Islamic countries to be mobilized for the safety and human rights of our brothers and sisters until security is established in Syria. The idea of putting one’s brother above oneself permeates the spirit of the Qur’an. When the pilgrims migrated to Medina, Ansar competed to make them welcome. We must implement that fine moral virtue of the Companions and do what is required of us.