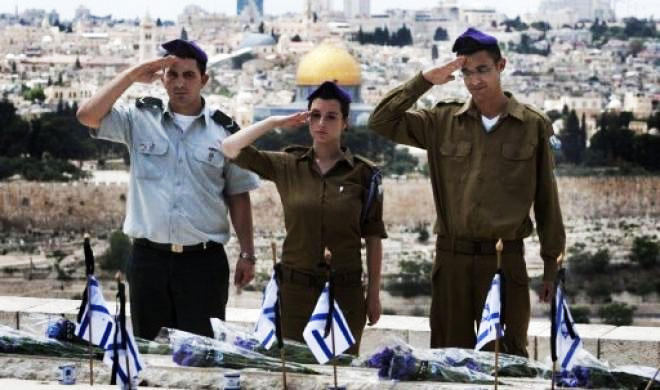 Modern Hebrew is evolving like any other language, yet those who have not been to Israel for a couple of decades will be surprised to hear the amount of ‘militarisms’ which have trickled into the language.

It is striking to pick up the increasing nuances of the influence of the military on modern Hebrew spoken in Israel. This is due for obvious reasons since a majority of the population serves in the Israel Defense Forces (IDF) and the army continues to wield influence on Israeli society. Military involvement is legitimate and essential due to the security situation. The army is known as the ‘army of the people’ and an interest exists to keep the population enthusiastic and loyal to the pillars of the country. The boundaries of the army and civilians can get meshed and blurred, and as a result the words are borrowed from one sector to the mainstream of society.

There is a transfer of slang from the Israel army, usually originated by the younger generation, over to civilian colloquial expressions. The examples below range from music, media, TV shows, movies, advertising, and obviously colloquial discussions.

Totach (×ª××ª×) – Cannon
When attending an Israeli wedding, most likely, you will hear a song on the dance floor when the groom is being celebrated by his mates…’Ata Totach!’ – loosely translated as ’You are a cannon!’ This describes a person as impressive, cool, or invincible. And of course, since Israel is an equal society, women serve in the IDF as well. Therefore, this word also comes in the female version…Totachit.

Tzalash (×¦××©) – which is an acronym for ZION LE SHEVACH or Honorable Mention. Usually Tzalash is associated with military connotations in which a soldier has behaved in an honorable or exceptional manner. This acronym has slowly shifted towards the civilian life and use in business and social sector.  You can hear people saying ….’He deserves a Tzalash for putting up with his boss.’

“Hopefully, in the future, there will be influences of peace oriented euphemisms”

Letarped (×××¨×¤×) – this is a verb form of Torpedo. In modern Hebrew this verb means ‘to foil’ a plan or project.  In other words, if you were to spoil someone’s trip plan or ruin a birthday surprise you can use the verb Letarped.

Jobnik – a non-combative soldier – not all soldiers are combative. Some have healthy limitations and have ‘jobs’ in offices in headquarters or on various bases. There is a negative connotation to be a Jobnik, alluding to the fact that one is missing the real experience of ‘serving in the army’ or preferred the easy army service. Jobnik has crossed over to colloquial language to mean ‘lazy’or one whom aims to do the minimum.

Katlani (×§××× ×) which means fatal; also means awesome in slang in Israel. I suppose the closest parallel is when Americans say ‘bad’ to describe someone whom is really the opposite i.e. great, outstanding.

Shiptzur (×©×¤××¦××¨) is a contraction of two words shipur tzura or improving one’s shape. Today it means to excel in a certain task or to upgrade.

Leyasher Kav (××××©×¨ ×§×) to straighten the line – we found two military references for this term: 1 to straightening a line at a shooting range; 2 running in offense in a straight line. However, in civilian terms it is used as ‘being on the same page.’ The two parties whom are in disagreement have ‘straightened the line, yishru kav, and have reached an understanding.

There is a need in army dialect to shorten lengthy descriptions into contractions and acronyms. Therefore, the army has introduced a plethora of contractions to the language and most of the titles and levels of hierarchy are presented in acronyms.

For example, Samal, Semel Michutz La minyan (non.commission officer) is recognized as a word and most have forgotten that it actually is an acronym. In fact, when you venture into the corridors of government ministries, one shall find a parade of acronyms. For example in the Ministry of Foreign Affairs one finds Kashtum which is an acronym for Kshrei Tarbut and Mada’a  Cultural and Science Affairs Department. The Prime Minster is shortened to ×¨×’× – pronounced ‘roham’ which is short for ‘rosh hamemshala’, literally head of government. As one reads the daily newspapers, the pages are decorated thickly with acronyms and the modern Hebrew reader is expected to be familiar with these references.

‘What did you do in the army?’ is a frequent question in Israeli circles. One can categorize you with your ambition, connection, intelligence level, social circles, just by receiving this piece of data. Sometime the estimate is biased or erroneous. In fact, it is an accepted question in a job interview. The interviewee can supposedly deduce from your answer your abilities to manage people, challenging situations, dedication and intelligence level. This is one of the first item people proudly place on their CVs. It is quite a surprise when they seek a job and learn that this piece of information is not always essential and can be a detriment.

Languages and the nuances of a nation shape how we think about the world. Modern Hebrew is in my opinion a miracle, existing and spoken by over 7 million native speakers since its revival by Eliezer Ben Yehuda in the beginning of the 20th century. Since languages are organic and are influenced by multi-faceted factors such as social and political issues, modern Hebrew will continue to evolve. Hopefully, in the future, there will be influences of peace oriented euphemisms.