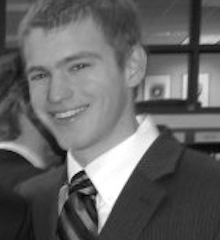 Critics accuse Obama of failing to adequately support the so-called moderate opposition during the early stages of the revolution. Yet, this argument fails to grapple with the complexity of Syria’s diverse and fragmented population. Professor Joshua Landis, a widely respected expert on Syria, refutes the assessment that a strong and liberal rebel group existed in Syria at the time. “The Founding Fathers of Syria are all Islamists,” declared Landis. “There is not one militia where the leaders that says we should not have Shariyah law.” Although some have pointed to the Free Syrian Army as being a moderate hope, Landis cautioned that senior military officials in the FSA believe that America has forged a secret alliance with Hezbollah to destroy Sunni Islam. The case of Iyad Allawi, former Iraqi Prime Minister, who was propped up by America in 2004 because of his liberal outlook and CIA connections, yet fared miserably in the 2005 national elections, highlights the problem of America bolstering perceived moderate leaders without popular backing.

Providing advanced weapons to the rebels would prove risky too. “That would have required a degree of military support that would have been unwise including heavy artillery, anti-air craft weapons man-portable air-defense systems (MANPADS) shoulder launch air missiles,” explained Aaron David Miller, Vice President at the Wilson Center and Middle East advisor under two decades of Republican and Democrat Administrations. With militants from Al-Nusra and other extremists playing a more prominent role in the fighting, these sophisticated weapons could have ended up in Jihadi hands. Miller suggests that Obama wisely refrained from massively arming the rebels, as he was unwilling to participate in a messy proxy war with Iran and Hezbollah, which would have retarded any progress on the Iranian nuclear program. The CIA has a fraught history of funneling weapons to opposition groups, such as in Nicaragua and Argentina, only to see these rebels turn into death squads.

Another complaint lodged against the Obama Administration is that they failed to respond militarily to Assad’s usage of chemical weapons, ignoring Obama’s own “red line.” Obama never promised to use military force in his well-cited remarks in September 2012, but respond decisively to the use of chemical weapons: “We have been very clear to the Assad regime that a red line for us is we start seeing a whole bunch of chemical weapons moving around or being utilized.” After the chemical weapons were used, Obama showed his words were backed by action when he forced Assad to surrender his chemical weapons. For the first time, Obama established a major global precedent making chemical weapons use into a clear violation of international norms. Even if America would have ousted Assad and destroyed his military structure, the chemical weapons would now likely be in the hands of the Jihadists, as they were the most powerful force on the ground. How would this have improved the humanitarian situation for the average Syrian or furthered American national security interests?

By striking Syria after Assad used chemical weapons, Obama would have overridden the wishes of the American public. Only 29% of respondents to a CNN poll believed that such an intervention served American national interests. An overwhelming majority in the House of Representatives opposed an operation in addition to China and Russia’s promise to veto any United Nations Security Council resolution calling for external military action. It would be a disaster for Obama to disregard public opinion, Congress, and the international community by launching a strike.

Yes, the war in Syria is tragic. However, it is an ongoing crisis that America is unable to stop.  Those criticizing Obama’s policy in Syria must be humble enough to understand the limits of American power. From a warring Congo to North Korean concentration camps, the American public has little appetite to intervene in every humanitarian crisis. With the distressing choice between a ruthless dictator and an increasingly radicalized opposition, Obama wisely remains on the sidelines in Syria.