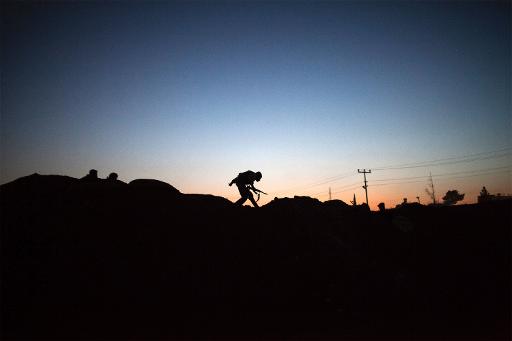 Syrian Kurds protested Thursday their exclusion from UN-brokered peace talks in Switzerland, and vowed to forge ahead with their own freedom drive in territories they control.

“Some forces are trying to exclude us from the solutions they are looking for, and they’re not representing anybody,” said Saleh Muslim, leader of the Kurdish Democratic Union Party (PYD).

“We will continue our struggle until we get our democratic rights,” he told reporters in Geneva, where the Syrian government and opposition were to hold separate meetings with the UN mediator on Friday, two days after angry exchanges at the so-called Geneva II international peace conference in the Swiss city of Montreux.

Speaking on behalf of the Syrian Kurdish Supreme Council — made up of a range of groups from the country’s Kurdish minority — Muslim said its efforts to join the talks had failed.

That was despite repeated requests to the United Nations, the United States and Russia, the main movers in getting the Syrian regime and opposition coalition to the table.

The opposition delegation in Geneva includes Abdel Hamid Darwish, head of the Kurdish Progressive Democratic Party, which has questioned the PYD’s drive for self-rule in northeastern Syria.

But Muslim poured scorn on Darwish’s clout within the delegation, and complained that rights for the Kurdish minority were not on the table.

He said Syria was home to 3.5 million Kurds, or some 15 percent of the country’s population, and part of a community of around 40 million scattered across the region, notably in Iraq and Turkey.

Muslim noted that his movement rose up for Kurdish rights back in 2004, seven years before a regime crackdown on peaceful Arab Spring-inspired protests sent Syria spinning into civil war.

“We have a long history of struggle against this regime,” he said.

But he also criticised the Syrian opposition coalition, saying it had failed to give Kurds a fair hearing.

“All we want is constitutional recognition of our existence,” he said.

“We couldn’t do it with the coalition, the people who are going to take decisions for Syria, and for the future of Syria,” he lamented.

Syrian troops mostly withdrew from majority Kurdish areas in summer 2012, focusing their attention on rebel fighters and enabling the Kurds to develop semi-autonomy.

Kurdish fighters, especially those affiliated with the PYD, have since fought fierce battles against extremist opposition groups.

Two months ago, three Kurdish-majority regions declared self-rule, and one of them named a municipal council on Tuesday.

The Syrian Kurdish Supreme Council has forged an alliance with representatives of the Syriacs, one of the oldest branches of Christianity.

Bassam Ishak, president of the Syriac National Council of Syria which is not included in the talks, complained that grassroots movements have been sidelined amid international diplomatic efforts to end the country’s war.

“We are the people who are working hand in hand to build our democracy from the bottom up,” Ishak told reporters, insisting that without “authentic representatives of the Syrian people, Geneva II will not be able to come up with a sustainable solution.”