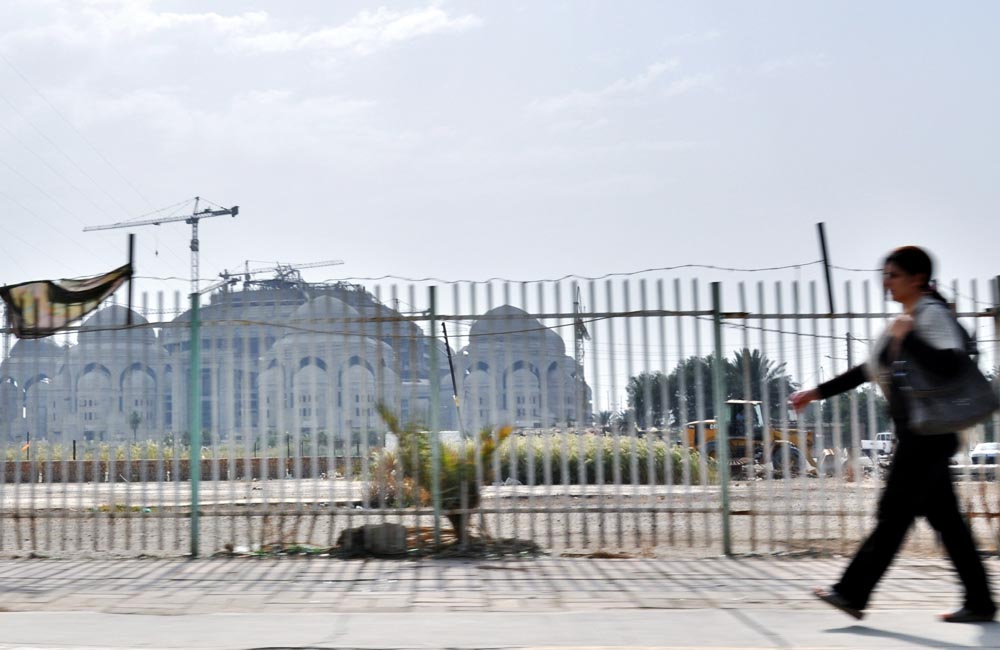 Despite its dangers and taboos in the conflict-ridden nation, some Iraqi youth are turning towards atheism. Mariwan Salihi met a few of them.

One of the Iraqi capital’s most vocal young activists, who uses the pseudonym Omar Al-Baghdadi for his own security, is often described as “Baghdad’s Converter.” His mission, among others, is to enlighten his friends and other young people about atheism.

“I became an atheist at an early age, after I investigated my former religion, Islam, in depth. I discovered that my religion is not the only one that exists on earth; there are more than 1100 other faiths and their followers all claim that their religion tells the absolute truth. So religion is a form of Dogma,” the 22-year old engineer and activist says from his home in one of the major Sunni-inhabited areas of Baghdad.

“My parents know I am an atheist, and so do my friends”

According to Al-Baghdadi, most of the writings in the Islamic holy book, the Koran, are labeled as “scientific facts,” which he believes are mostly incorrect. “It has many mistakes,” he adds, claiming that even the ancient Hindu scripts from India, the Vedas, contain more accurate facts than the Koran.

ALSO READ: The role of religion in Middle Eastern politics

The fact that Omar chose to have no religion, and categorizes himself as an atheist, is no secret to his immediate circle of family and friends.

“My parents know I am an atheist, and so do my friends. My brother, Ahmed, became an atheist too after I led him to some books, and discussing with him about many topics regarding science and philosophy. Even most of my friends have become atheists now,” he claims, because of his posts on social media sites like Facebook.

Although his parents have accepted his choice, and respect him for his intellectuality, he also admits that they “hate it” when he tells them that “there’s no God.”

“Not everyone’s parents or family accept atheism, so some of us might hide our convictions from them.”

But he proudly says, that they have the support of other liberal, secular and atheist individuals and politicians in the country, which he declines to name.

“In the upcoming Iraqi parliamentary elections, in April, atheists will cast their votes for the secular political blocks and parties,” Omar predicts.

7% of Iraqis don’t believe in God

Coming out as an atheist – or non-believer – in Iraq, or any other Muslim-majority society for that matter, isn’t as easy as in the West. Although a largely secular society since its independence from the United Kingdom in 1932, the major religion in Iraq is Islam (divided among Sunnis and Shias), followed by an estimated 95% of all Iraqis. In a country where no nationwide census has taken place for nearly three decades, more recent survey-results seem to contradict these numbers.

In a poll released in April 2011, by the now-defunct Erbil-based Kurdish news agency AKnews, ordinary Iraqi citizens were asked “Do you believe in God”? The answers were quite surprising for this Middle Eastern country, home to many holy sites for Muslims, Christians, Jews, and many other religions; 67% answered yes, 21% probably yes, 4% probably no, 7% no, and 1% had no answer.

ALSO READ: Shia and Sunni Muslims – do you know the difference?

According to Nawaf Al-Kaabi, a 23-year old university student from Basrah in southern Iraq, the number of atheists could be much higher if that poll was held in 2014.

“Many atheists in Iraq could be at danger from extremists and militias linked to religious groups, if they are too open about their views”

“The new generation of Iraqis are tired of religious extremists and politicians, who are responsible for the ongoing sectarian divide in the country,” he says.

“Young people travel, read, watch TV, and are connected to the internet…with so much out there, they have become skeptical of their own religion now.”

But he agrees that many atheists in his country could be at danger from extremists and militias linked to religious groups, if they are too open about their views. And, that was the case with one of Iraq’s most well-known atheists.

The 22-year old Faisal Saeed Al-Mutar fled to the United States, partly due to his conflict with Islamists over his secular humanist identity, but also because his brother, cousin and best friend were killed in sectarian violence in his native Iraq.

Growing up in a moderate Shia family, the outspoken Al-Mutar received many death threats from Al Qaeda elements and the Shia Al-Mahdi Army, two influential and powerful religious militias operating in his country. And although it is not a crime to be an atheist in Iraq, religious militias often take matters into their own hands.

Today, Al-Mutar leads an international organization and regularly speaks at events. He’s the founder of Global Secular Humanist Movement, which has nearly a quarter million ‘likes’ on Facebook.

Back in Iraq, Faisal became an atheist at an early age, and although he was taught at a public school in his country, he was quoted as saying “reading philosophy, keeping an open mind, being curious about the world, made me finish all my education in Iraq without losing my brain in the process.”

The Kurdistan Region is safer for atheists

In 2008, The New York Times ran a piece called “Violence Leaves Young Iraqis Doubting Clerics,” in which it interviewed 40 young people from five Iraqi cities, during some of the most violent periods of the American occupation of the country. The newspaper quoted young Iraqis “exhausted by constant firsthand exposure to the violence of religious extremism” and “disillusioned with religious leaders and skeptical of the faith that they preach.”

But in the northern parts of the country, in the autonomous Kurdistan Region, young Kurds often feel they have more freedom to express their views. Spared from the sectarian violence seen elsewhere in Iraq, Kurdistan portrays itself as a tolerant place, with a semi-secular system.

Suzan Star, a 22-year old Danish-Iraqi student, originally from the multicultural city of Kirkuk, and an ethnic Kurd, became an atheist only after she left her parental home and settled in her own apartment.

“My Muslim parents had a big influence on me; they taught me to be a good Muslim. But when I left home, I felt free to choose for myself,” she explains.

One of the reasons why Star turned to atheism, is because it gave her different perspectives on her own life, and as she sums, life no longer makes her afraid and depressed, and that it allows her to finally follow her dreams, “without religious restrictions” – even when her parents disapproved her choice “and think she will go to hell for that.”

Suzan was soon surprised to find out that there are many other young Kurdish atheists in Iraqi Kurdistan and in the diaspora.

“I know many other Kurdish atheists, mostly in Europe, and none of them have received threats for coming out.”

In Erbil, Kurdistan Region’s capital, the Canadian-Kurdish Adam Mirani agrees that’s easier to say that one doesn’t believe in God in Kurdistan than in the rest of Iraq, but adds that in the Middle East – like in the rest of the world – people are not in right mindset to accept others who have no religion.

“When you look at a place like Iraq, where religious divisions are deep and are a direct result of the extreme violence which exists in much of the country, bringing up something like atheism just seems pointless, because progress won’t happen in the atmosphere that exists here,” the 26-year old photographer and program assistant at a local NGO says.

“Iraq is not ready for a small community of atheists to band together and bring different opinions to the public sphere, and frankly it’s dangerous. I would rather push atheism in countries where it’s accepted, yet if people are brave enough, then I commend them for their courage,” a cautious Mirani concludes.