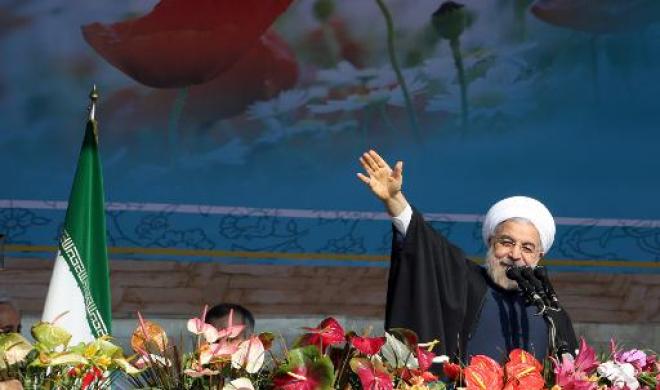 Thirty-six years ago, American and Iranian negotiators gathered in Vienna during a series of talks that would result in the comprehensive nuclear program the Shah had long coveted. Little did they know, the Pahlavi dynasty would fall within the next twelve months, declaring the agreement null and void.

Today, the P5+1 group and the Islamic Republic of Iran officially begin the first round of negotiations with a comprehensive nuclear agreement as their intended target. They are also meeting in Vienna.

American cooperation with Iran on its nuclear program first began in 1957 and there has since been international consensus that due to a variety of unique circumstances, the development of nuclear energy is required to satiate Iran’s growth.

A study by the Stanford Research Institute in 1973 outlined Iran’s need for nuclear energy and “recommended the building of nuclear plants capable of generating 20,000 megawatts of electricity before 1994.”

The Shah took this recommendation to heart and, that same year, ordered Akbar Etemad, a trained nuclear physicist, to develop a master plan for a broad nuclear program. As Abbas Milani writes, “(l)ike every major policy decision in those days, it was a one-man act.”

“An IAEA report showed that the primary intelligence basis for the U.S charge of an Iranian nuclear weapons program for more than a decade had been erroneous”

Rapid population growth, environmental concerns such as shrinking water supplies, and finite reserves of natural resource constitute the greatest challenges to fulfilling domestic energy demands, and the nuclear option has been seen as a valid source of power to Iranians for over half a century.

The Ford administration famously supported Iran’s pursuit of a nuclear energy program and, in 1976, announced his backing for Iran’s ability to develop a complete domestic nuclear fuel cycle. However, documents declassified in 2009 from the Ford and Carter administrations reveal a somewhat similar discourse between the American leaders and the Shah as today’s ongoing negotiations.

The documents reveal that just as the Shah’s “island of stability” began to collapse under popular revolt in the middle of 1978, Iranian and American negotiators had tentatively reached a comprehensive nuclear agreement that awaited President Carter’s signature.

At the time, American concerns were not directed, as they are today, towards Iran’s domestic enrichment capabilities. Instead, concerns were geared towards the reprocessing of spent fuel, a process that requires additional infrastructure the current Islamic Republic denies it has intentions of building.

But since Iran’s revolution of 1979, and despite an institutionalized resistance towards the use or procurement of weapons of mass destruction, much of the Western world has maintained a suspicion that the regime seeks to acquire a nuclear weapons program.

Earlier this month, investigative journalist Gareth Porter showed how intercepted messages from an Iranian university to foreign high technology firms spurred initial Western concerns over Iran’s nuclear intentions in the 1990’s, but in 2008 an “IAEA report showed that the primary intelligence basis for the U.S charge of an Iranian nuclear weapons program for more than a decade had been erroneous.”

Contrary to Western fears, Iran has previously demonstrated an aversion to retaliating to chemical attacks in kind. Throughout Saddam Hussein’s war with Iran, sarin and other chemical agents used by Saddam killed thousands in western and southern Iran. Documents declassified in the last year revealed the United States provided Saddam with intelligence support prior to a sarin attack in 1988.

“The Iraqis never told us they intended to use nerve gas. They didn’t have to. We already knew,” retired Air Force Col. Rick Francona told Foreign Policy.

Considering the fact that less than forty years ago, Western governments not only supported but actively vied to participate in developing nuclear energy in Iran, the rationale behind today’s objections lies more in enduring strategic alignments and political allegiances than in any viable security concerns regarding proliferation or otherwise.

Thirty-five years removed from the revolution that transformed the region’s geopolitical landscape, for many Iranians, the nuclear narrative has since evolved beyond a need for energy diversification into a generational struggle for political independence as well as the rights provided under international agreements such as the Non-Proliferation Treaty (NPT).

According to Gallup polls conducted this time last year, nearly two in three Iranians support the continuation of Iran’s nuclear program. The report concluded that, “(t)he majority of Iranians are so far seemingly willing to pay the high price of sanctions.” The ongoing isolation as a result of its domestic advancements has coalesced various elements of Iranian society in support of the government’s unwavering stance.

The election of President Rouhani is representative of this growing sentiment that has manifested in the current path of diplomacy pursued by the Iranian government, rather than the sanctions regime that has spurred record inflation, shrunken the economy, and cut the Iranian society off from the international financial system. Seventy two percent of eligible voters turned to the ballot box last June and elected Hassan Rouhani, one of six candidates, on the first ballot with over half of the votes.

Previous governments have denied accusations of a secret weapons program and the current Rouhani administration has made resolving the nuclear issue its top priority. Last September, President Obama recognized a religious decree by Iran’s Supreme Leader Ayatollah Khamenei vowing Iran will never develop weapons of mass destruction along with Iran’s right to a domestic, yet “mutually defined enrichment programme”, providing his Iranian counterpart with room to maneuver domestic opposition during talks.

Rouhani’s government has since come to two agreements with the International Atomic Energy Association (IAEA) on November 11 and February 9, as well as the interim deal in Geneva with the P5+1 group.

When it comes to a comprehensive nuclear agreement, as stated in the Joint Action Plan, “nothing is agreed until everything is agreed.”

Any views expressed in this article are the author’s and do not necessarily reflect those of Your Middle East.