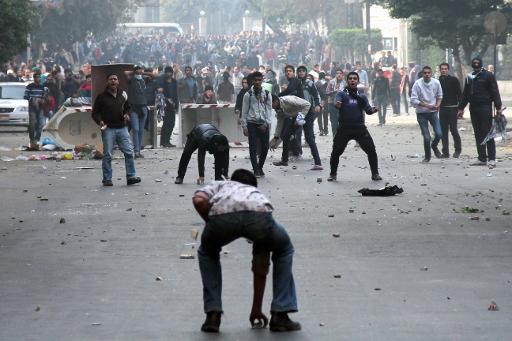 An Egyptian court on Thursday opened the trial of Al-Jazeera journalists that has sparked an international outcry, as an Australian reporter said from the caged dock that justice would prevail.

The Cairo court adjourned the trial to March 5 to provide a translator for the Australian correspondent Peter Greste and to hear prosecution witnesses.

Al-Jazeera expressed disappointment that the journalists were not freed and called for a “day of action” on February 27 in support of them.

“What is going on in Egypt right now is a trial of journalism itself, so it is critical that we remain resolute in calling for freedom of speech, for the right for people to know, and for the immediate release of all of Al-Jazeera’s journalists,” it said.

The trial of journalists with the Qatar-based channel comes against the backdrop of strained ties between Cairo and Doha, which backed deposed Islamist president Mohamed Morsi, ousted by the army in July, and his now-banned Muslim Brotherhood.

The journalists are accused of supporting the Brotherhood and broadcasting false reports, after police shut down Al-Jazeera’s Cairo offices following Morsi’s overthrow.

Eight out of 20 defendants are in custody, with the rest on the run or abroad.

“I love my family. I’m strong,” Greste told reporters from the dock with the other seven defendants in court. “The physical conditions (of prison) are good but I’m psychologically drained.”

“We know we have done nothing wrong. We have confidence that justice will set us free.”

Greste, a former BBC correspondent, and Canadian-Egyptian Mohamed Fadel Fahmy, who worked with CNN before joining Al-Jazeera, were arrested in a Cairo hotel in December.

Greste is the only arrested foreign journalist. The other foreigners listed in the indictment are abroad and being tried in absentia.

Prosecutors charge the defendants falsely portrayed Egypt as being in a state of “civil war”, possibly a reference to the broadcaster’s coverage of a crackdown in which more than 1,000 Morsi supporters have been killed in street clashes.

The government has designated the Brotherhood a “terrorist organisation”, although the group denies involvement in a spate of bombings since Morsi’s overthrow.

Al-Jazeera, which says only nine of the defendants are on its staff, has denied the charges.

The other foreigners are Britons Sue Turton and Dominic Kane and Dutch journalist Rena Netjes, who was indicted even though she does not work for the channel.

Turton, an award-winning journalist who formerly worked for Britain’s Sky News and Channel 4 channels, told AFP she hoped the court would throw out the charges.

“Basically (the charges) relate to me aiding and abetting a terrorist organisation by providing money and equipment,” she said in a telephone interview.

“I was extremely upset when the boys were put in prison,” she said of the jailed journalists. “We were all just thinking the authorities would realise what a huge mistake they made.”

The trial has prompted an international campaign by journalists calling for their release.

Human Rights Watch said the trial was part of a crackdown on dissent by the interim government.

“Egyptian authorities in recent months have demonstrated almost zero tolerance for any form of dissent, arresting and prosecuting journalists, demonstrators, and academics for peacefully expressing their views,” it said.

The United States, press freedom groups and scores of journalists have protested against the detention of the reporters.

Greste himself, in a letter written from prison last month, described what he sees as a lack of press freedom in Egypt.

“The state will not tolerate hearing from the Muslim Brotherhood or any other critical voices,” he wrote. “The prisons are overflowing with anyone who opposes or challenges the government.”

None of those arrested appeared to have been working with press accreditation, and Egyptian authorities say they welcome accredited foreign journalists.

Officials insist the channel has been working for the benefit of Qatar, a strong supporter of the Brotherhood that has hosted some of its members who fled the crackdown.

Al-Jazeera, especially its Arabic-language service, has often come under criticism in the past for allegedly biased reporting in the Arab world.