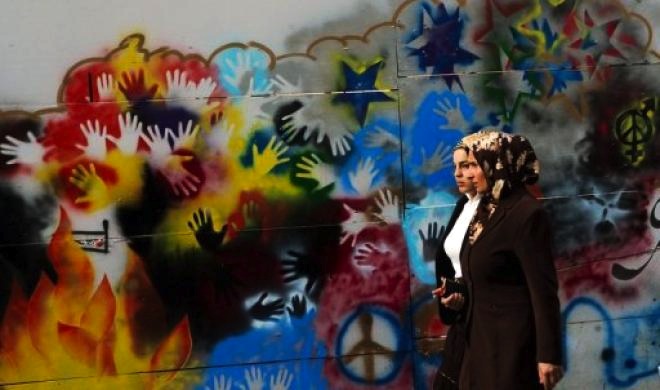 Politics in Turkey has gone through the roof. But women are almost nowhere to be seen. That tells us something about the fabric of society, writes Ahu Yigit.

When the news of the latest corruption scandal and the subsequent power play in Turkey hit the headlines, one of the least noted features of the story was the absence of women from the ranks of the parties involved. With only a few exceptions, most of the high profile businessmen, politicians and civil servants detained for the investigation were male. Likewise, there have so far been no female protagonists in the escalating confrontation between the camps of Prime Minister Recep Tayyip ErdoÄan and his former ally, the US based preacher Fethullah Gülen who has gradually built a strong influence over judiciary and police corps.

Until now ErdoÄan has dismissed or re-assigned more than five thousand police officers and prosecutors in a counter-attack to what he considers a takeover attempt of the Gülen infiltrated judiciary and police against his government. Only a handful of the civil servants whose dismissal made the news were female. In fact, the only time a woman was mentioned during the course of the events was in relation to the singer and television celebrity Ebru GündeÅ, whose husband Reza Zarrab is one of the central figures of the corruption probe.

Out of the country’s nearly 3000 mayors, only 27 are female.Although there is nothing regretful about not having women involved in this episode, one cannot help but wonder where the women are. The explanation is two-folded. To start with, women do not have any significant positions of power in either of these Islamic oriented political camps. Within the ranks of the AKP, women’s political activities are often confined to matters of social policy. The only female minister in the cabinet is the Minister for Family and Social Policies. The party’s local women’s branches are focused on matters of charity and reaching out to potential female voters instead of taking part in core political debates. Not a single one of the 81 local party branches at municipal level are chaired by a woman. As for the Gülen camp, the movement’s lack of transparency about its cadres and supporters make an assessment difficult. Yet, as the supporters become more visible through the recent purges, it is safe to conclude that women are not prominent among their ranks either.

On the flip side, the absence of women from among the ranks of these groups is representative of the prevailing gender inequality in the country. Although Turkish women obtained the right to vote and to be elected to the parliament quite early on in 1934, the ideal of gender equality never took deep roots in the society. Despite efforts to fight it, Turkey has always suffered from a number of gender inequality challenges, from lower rates of female employment to the so-called child brides and violence against women. Turkey’s gender record placed the country to the 120th rank out of 136 countries in the 2013 World Economic Forum Global Gender Gap Index.

The governing AKP’s outlook on gender has not made things easier for those campaigning for equality. Lately the party’s leaders have increased the tone and the frequency of verbal assaults against gender equality. For instance in November 2013 Deputy Chairman of the Parliament SadÄ±k Yakut, also a member of the AKP, condemned mixed education as a major mistake that the government intends to put an end to. The government denounced such an agenda. However, Yakut’s remarks were follow-ups to Prime Minister ErdoÄan’s own statements earlier in the month about introducing controls over private residences where university students might be staying co-ed.

The government has also manifested a strong desire to influence women’s reproductive choices. Reminiscent of totalitarian regimes women get told how many children they should have for the good of the country. ErdoÄan has recently updated the figure from three to four children. This is an effort he finds necessary to ensure the sustainable growth of the economy. He has also already made an (unsuccessful) attempt to ban abortion in 2012.

Conservative values are promoted through state institutions. The Directorate of Religious Affairs, the office in charge of religious affairs of the country’s Sunni Muslims, recently issued a sermon warning against the ills of divorce. The sermon advised women to see the better qualities of their husbands instead of focusing on the negative as women seeking divorce for trivial matters have no place in heaven.

The ideal of gender equality never took deep roots in the societyIt is true that most of these attempts to influence women’s choices remain verbal and have not gained any legal status. Nevertheless such remarks and attempts have an impact on the society. It has for instance been reported that despite the lack of an official ban doctors increasingly refuse to perform abortions. Likewise, there has been an unprecedented rise in the cases of violence against women in the last few years. The Turkish Ministry of Justice declared a rise of 1400 % in the rate of murdered women from 2002 to 2009. Results of a study conducted by the Hacettepe University state that 42% of Turkish women have suffered physical/sexual violence. The recently issued Law on the Protection of the Family and the Prevention of Violence falls short of addressing the problem as its implementation is hampered by a combination of bureaucratic inefficiency and patriarchal norms presiding among legal and administrative cadres.

To complete this bleak picture women are also underrepresented in politics. Out of the country’s nearly 3,000 mayors, only 27 are female. There are 79 female parliamentarians and women are thus occupying less than 14% of the total seats in parliament. All these factors combined, women remain underrepresented in most aspects of Turkish social and political life, and political power struggles or corruption scandals are not exceptions. The next opportunities to improve the situation at least in terms of political participation are the 2014 local elections and the 2015 national elections. Yet it appears that there is not enough political will to that end as the ratio of female candidates for the upcoming local elections currently stands at a meager 6%.