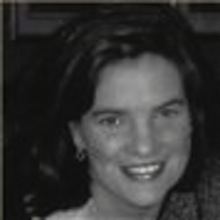 Mandela will never rest in peace for as long as the status quo remains. He made it quite clear that our collective freedom depended on the freedom of the Palestinians, writes South African journalist Shannon Ebrahim.

Out of cell 28 in Hadarim prison central Israel, came an open letter to the late Nelson Mandela, by none other than the man who has been dubbed the Palestinian Mandela – Marwan Barghouti. The most famous Palestinian political prisoner eulogized the man who was his inspiration and hero, and heralded the everlasting ties between the struggle of the Palestinians and that of black South Africans for freedom.

Barghouti’s letter reminded the world just how closely tied Nelson Mandela had been to the Palestinian struggle. From his own cell 46664 on Robben Island, Mandela had followed the tragic developments in historic Palestine. It took only 16 days following his release from 27 years of incarceration by the apartheid state to meet with the leader of the PLO Yasser Arafat, and he described the Palestinian struggle as one against a unique form of colonialism. What Mandela was later to realize, was that the Palestinians were resisting not only colonialism and occupation, but an apartheid system which Israel had learnt to perfect.

Mandela will never rest in peace for as long as the status quo remainsMandela had wasted no time in exposing the brutal excesses of Israeli occupation. Eight months after his release from prison in 1990, he had reiterated his support for the Palestinian struggle on a visit to Australia, condemning Israel’s suppression of basic human rights in the Occupied Territories. His historic statement on that visit still resonates today: “if one has to refer to any of the parties as a terrorist state, one might refer to the Israeli government, because they are the people who are slaughtering defenseless and innocent Arabs in the Occupied Territories, and we don’t regard that as acceptable.”

For some Mandela was simply outspoken, while for others he spoke the truth when few other world leaders were prepared to do so. Following his retirement from political office, Mandela went so far as to take on one of the most well-known American journalists on the Middle East – Thomas Friedman of the New York Times.

In 2001, Mandela wrote an open letter to Friedman arguing that he incorrectly thought that the problem of the Palestinians began in 1967. In some of his most strongly worded political commentary on the plight of the Palestinians, Mandela pointed out that Israel was not willing to return to the 1967 borders, was expanding settlements, and had insisted that Jerusalem remain under exclusive Israeli sovereignty. He lamented that under these conditions the Palestinians would not have an independent state, but would continue to be under Israeli economic domination, with Israeli control over borders, land, air, water and sea.

DON’T MISS The untold story of Israeli paradise in Iran?

Mandela made it clear in that letter that Israel was not thinking of a state, but separation – keeping the Jewish state Jewish. He deplored the vulgar racism in Israeli society, and noted that Israeli racial discrimination was a daily part of life for the Palestinians. Just as he had criticized the South African judicial system in his statement from the dock decades earlier, Mandela criticized the 2 judicial systems in Israel with two different approaches to human life – one for Palestinian life and the other for Jewish life. Mandela referred to the so-called Palestinian autonomous areas as Bantustans, and condemned Israel’s war against the Palestinian civilian population.

These comments came a year before the Jenin massacre, when Israeli tanks backed by F-16 fighter jets shelled a Palestinian refugee camp home to 15,000 refugees living on one square kilometer. For days no food or medicine had been allowed in. Hundreds of Palestinians were killed in their homes as they were demolished. Despite Mandela’s letter being right on the mark as far as Israeli intentions were concerned, Israeli abuses escalated and Thomas Friedman went on a year later to win his third Pulitzer prize for the New York Times.

It was no wonder that Israeli Prime Minister Benjamin Netanyahu and President Shimon Peres refused to attend Nelson Mandela’s memorial service in December 2013, citing the high cost of the trip to South Africa. By contrast, US President Barak Obama had lauded Mandela in the wake of his passing as, “a man who took history in his hands and bent the arc of the moral universe towards justice.”

Hundreds of Palestinians were killed in their homes as they were demolishedThe party which made Mandela, the African National Congress, has honored his legacy by building the kind of international solidarity around the Palestinian struggle as the ANC enjoyed in South Africa. In 2012 the ANC endorsed and adopted as its official policy the Palestinian call for boycotts, divestment and sanctions against Israel. The South African Deputy Minister of International Relations Ebrahim Ebrahim has discouraged South Africans from visiting Israel in light of the Israeli Government’s treatment and policies towards the Palestinian people. The South African Government has also banned products made in illegal Jewish settlements in the West Bank.

While Thomas Friedman writes in his most recent columns from Israel about what it means to accept Israel as a Jewish state, Palestinians continue to experience apartheid far worse than anything South Africans were subjected to – the absolute control of peoples’ lives, the lack of freedom of movement, the army presence everywhere, the total separation by dehumanizing walls, the destruction of life and property, the trials of Palestinian civilians in Israeli military courts, detention, torture and egregious human rights violations, and the continuous emergence of illegal Israeli settlements on Palestinian land.

Mandela will never rest in peace for as long as the status quo remains. He made it quite clear that our collective freedom depended on the freedom of the Palestinians. It was his fervent belief that the only path to peace in the Middle East lay in direct negotiations between the Israelis and Palestinians. Perhaps it is now time for the leaders of those negotiations to emerge, and for Marwan Barghouti to be unconditionally released so that he, like Mandela, can unite the Palestinians and negotiate the path to peace.