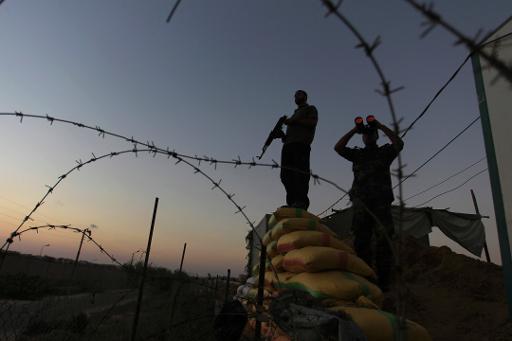 Gaza police have arrested family members over the deaths of two Palestinian teenage girls, one of them the victim of a suspected “honour” killing, Hamas authorities said Monday.

Authorities caught relatives of one of the girls as they were trying to bury her in a cemetery near Jabaliya, north of Gaza City, on Thursday, police spokesman Ayyub Abu Shaar told AFP.

The girl’s father had “beat her days before her death”, Abu Shaar said.

The Gaza-based Palestinian Centre for Human Rights (PCHR) said a post-mortem showed signs of “torture” all over the girl’s body as well as signs of untreated gangrene from years of physical abuse.

The rights watchdog said the girl was 17.

Police also discovered the body of another girl in the southern Gaza district of Khan Yunis in what could be an “honour” crime, Abu Shaar said.

“Her brother killed her, and the case is still being investigated. The murder weapon has been found,” he said, without elaborating.

PCHR said the girl was 18 and had fatal knife wounds to the neck.

The group called for a “thorough investigation” into the suspected murders and to “bring the perpetrators to justice”.

“PCHR calls on the (Hamas) government in Gaza to take the necessary measures to put a stop to a rise in (these types of incident), and to protect women from violence,” it said in a statement.

So-called honour killings, in which a family member murders a relative who is perceived to have soiled the family’s reputation, occur periodically in the Palestinian territories.

In 2011, following the murder of a woman in the southern West Bank city of Hebron, Palestinian president Mahmud Abbas pledged to amend a decades-old law under which those citing “honour” as a defence could expect to receive a jail sentence of no more than six months.

But women’s rights groups said the amendment, which has not yet been implemented, would do little to change the situation on the ground because a judge could still decide that “honour” was involved and hand down a lenient sentence.