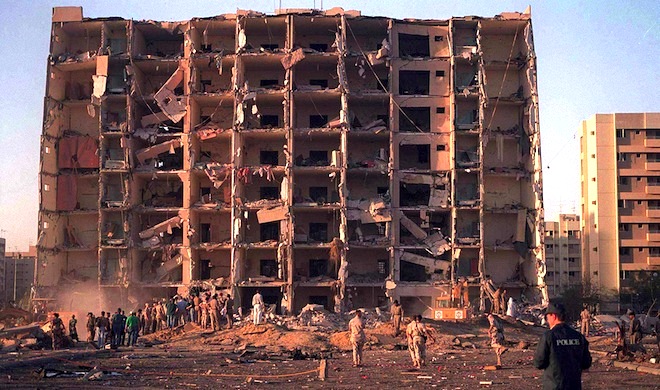 A practise that has gained infamy across the Muslim world but is little understood among non-Muslims, "takfir" is now more prominent in contemporary jihadist rhetoric than ever. In his final Jihad Blog post for Your Middle East, Charlie Cooper explores an idea that is central to jihadists.

In recent years, we have witnessed a revival and reinvigoration of jihad against the Near Enemy – the secular state in the so-called Dar al-Islam. Washington is no longer the overriding preoccupation of jihadists. Most groups (and Al-Qa’ida is no exception) have instead turned their attention locally, most prominently – at least for now – focusing their efforts against the Syrian regime.

It is not a simple question of just shifting one’s sights from Western targets, though; to attack and kill fellow Muslims is not as easily legitimated as waging war against non-Muslims. Tricky theological acrobatics is required.

Enter takfir, the loophole that allows jihadists to murder even Muslim civilians with “religious sanction”.

To call another Muslim an apostate, someone who has turned their back on Islam, is not to be done flippantly. The orthodox punishment for certain apostasy is, after all, death.

Hence, there are countless hadiths that warn against doing so in case the caller is mistaken, like that in which the Prophet allegedly said:

“If a Muslim calls another kafir, then if he is a kafir let it be so; otherwise, he (the caller) is himself a kafir”.

The earliest practitioners of takfir were the Khawarij. Their origins lie in the 7th century, in a deep devotion and love for Ali, the fourth and final of the Rightly Guided Caliphs.

But, because of their rigid, almost blind religious ideology, this love became fanatical hate, which culminated in a massive overindulgence in takfir. They pronounced Ali an apostate and assassinated him before splintering into sub-sects that, in turn, declared each other apostates and subsequently waged war against each other.

Such was the destruction wrought by the Khawarij that takfir was obscured in the centuries that followed. That is, until the Mongols invaded in the wake of the Crusades and occupied what was then the Muslim empire.

Even though many of the Mongol rulers adhered to Islam, a Syrian theologian named Ibn Taymiyyah categorically rejected their status as Muslims.

It is takfir that is the cornerstone of a contemporary jihadismTo put it simply, he reasoned that, because these rulers were practising the man-made Yassa code of law instead of the Shari’ah, they were false Muslims, practising Islam in only a nominal capacity.

Under them, he held, God’s sovereignty had been usurped by man, and thus Muslims were living in a state of ignorance reminiscent of the pre-Islamic age of jahiliyyah.

As such, in one of the most important fatwas since the Revelation itself, he declared the Mongol rulers of his day apostates and ruled that jihad against them was not only worthy but obligatory.

By this fatwa against the “apostate” Mongols, a precedent had been set for rebellion against a Muslim ruler. It was rendered, in certain circumstances, justifiable within Islam.

Regarding contemporary politics, though, what really matters about Ibn Taymiyyah is how his medieval musings were manipulated into a 20thcentury context, first by Indian writer, Abu al-A’la Mawdudi and then by Sayyid Qutb, a man who Ayman al-Zawahri once referred to as ‘the most prominent theoretician of the fundamentalist movements’.

For these two thinkers, parallels with Ibn Taymiyyah’s time abounded, so much so that they deemed the reinvigoration of his controversial (and largely forgotten) doctrine a necessity.

Both similarly held that God’s sovereignty had been suborned to man and that they and their peers were living in an age of ignorance. Urgent change was required.

POPULAR IN THE JIHAD BLOG Give the Crusades a rest

Thus was takfir re-introduced in the 20th century as the go-to justification for killing co-religionists, a practice that would be exploited by the likes of Muhammad Faraj, the Egyptian jihadist who ordered Anwar Sadat’s assassination, Antar Zouabri, the leader of Algeria’s GIA who waged total war against society and, more recently, ISIS leader Abu Bakr al-Baghdadi.

Loosely summed up in The Neglected Duty, Faraj’s famed pamphlet on jihad, the idea is that Muslims must first ‘raise their swords under the very eyes of the leaders who hide the Truth and spread falsehoods’ and wage war against the secular state before they may tackle “enemies of Islam” like the United States.

It may come as a surprise, but without takfir, any Islamist militant groups fighting in Muslim-majority countries would not be able to justify within Islam the killing of other Muslims, and would therefore not do so.

It is takfir that is the cornerstone of a contemporary jihadism that permits this. So in order to challenge it, a good place to start is to dismantle it, dissemble the justification for it and publicise the fact that it is a product of its medieval context and most certainly not orthodox dogma.

Luckily, some, like Al-Qa’ida founder Dr Fadl, have already begun to do so.

Jihadists, it must be recognised, are stuck in the past. Their doctrine appeals to that significant few it does today not because it is theologically sound and representative of the true Islam; it is simply because of its socio-political relevance. This distinction should always be made.