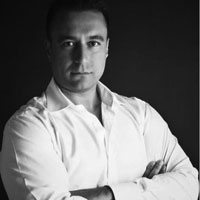 Turkish attorney Burcak Unsal notes that "another chance to improve our laws and regulations has been wasted" and guides you through the new controversial legislation.

It is official! Turkey is no longer a country of rule of law

Amidst an unprecedented government corruption scandal, two days ago (February 26, 2014), President Gül approved the Bill amending the Law on the High Council of Judges and Prosecutors. President Gül has also publicly stated that the majority of the provisions are contrary to the Constitution, making the judiciary subservient to the Ministry of Justice, to the government, to the Prime Minister.

Although President Gül had a Constitutional duty to return the Law to the Parliament to be made “legal”, he preferred to approve the Law and expressed his expectation that the Law should be challenged before the constitutional court.

Also in the early hours of last night, the Law No. 5651 on the Struggle against the Crimes Committed on the Internet (“Internet Law”) has been amended again by the Parliament’s general assembly. Yes, this may sound unbelievable but, although it has just been a week since the new provisions have entered into force, the Parliament amended the Internet Law, again!

It should be noted that the European Court of Human Rights (“ECtHR”) ruled in December 2012 that Article 8 of the Internet Law violates Article 10 of the European Convention on Human Rights (“ECHR”) and that it does not possess the qualities to qualify as “law.” ECtHR condemned the Turkish state to pay compensation. Evidently, Turkey has always been notorious for jailing the journalists and banning sites such as YouTube, Vimeo, SoundCloud, Blogger, Vagus TV and countless others. Now another chance to improve our laws and regulations has been wasted.

ALSO READ: 3 laws that will end democracy in Turkey

Here is the “for dummies” version of the Internet Law, which has been amended twice in the last week:

1. The court is entitled to block access to an entire web site or web based service such as (YouTube, Facebook, Twitter, EkÅi Sözlük, Vimeo), if the court thinks that removing a specific URL will not serve the intended purpose. In other words, Facebook, Twitter or YouTube may be blocked due to specific videos, which are being uploaded over and over again by different users.

2. The Chairman of the Telecommunications Presidency (“TÄ°B”) may, ex officio, order Access Providers Association (“APA” please see below) to ban access to content that is supposed to be violating privacy. The Chairman of TÄ°B may make such determination and issue such an order based on his sole discretion. The Chairman of TÄ°B will send its banning order to the court within 24 hours after he sends it to the APA. APA will still have to execute the ban immediately and not later than within four hours.

3. Anyone who claims that her privacy has been violated may directly apply to TÄ°B for content removal, by-passing the content provider, hosting provider and the courts. TÄ°B has to forward the removal request directly to the APA and APA has to execute the order immediately and not later than in four hours. The person who requests removal shall apply to the court to have her removal request approved in 24 hours after filing her removal request.

5. The court, which will have jurisdiction to hear Internet Law related issues, will be determined by the High Council of Judges and Prosecutors, now subservient (thanks to President Gül’s approval today) to the Minister of Justice (i.e. the government).

6. Access Providers have to establish a new private legal entity called Access Providers Association (“APA”), the sole duty of which will be to block access! Those who do not participate in APA will lose their service provider’s license.

7. Hosting providers have to store users’ traffic data (IP addresses, initiation and ending dates of the service, the type of the service offered, amount of the transmitted data, ID data of the subscriber) for up to two years and have to provide it to TÄ°B, when deemed relevant to cyber security.