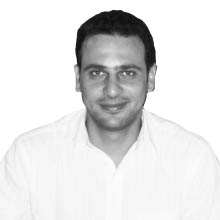 Meet a hairdresser-turned-jihadist and understand a key driving force behind the continuation of the war.

A fellow Syrian with a thick black beard from Aleppo sits next to me on a park bench in Gaziantep, a city in southeastern Turkey. We embark on a long conversation without any formalities as if we knew each other for ages. The Syrian conflict and its rising human cost have turned casual chatter into an effective vent for Syrian refugees to channel their unique war experiences.

During the long chatter, the cheerful man discloses that he is a fighter with Al-Nusra Front, a jihadist group designated as a terrorist organization by the United States. He is one of some 7,000 jihadists fighters in Syria led by the Syrian Abu Mohammed al-Julani. Unlike the Islamic State of Iraq and the Levant (ISIS), Al-Nusra Front is dominated by Syrian fighters.

This jihadist was not performing the holy jihad in Iraq before he joined Al-Nusra Front, as many hard-line Islamic jihadists who joined the war in Syria. He wasn’t used to carry arms before the Syrian conflict started. Two main reasons triggered his decision to take up arms; “Once I witnessed the Shabiha (pro-regime thugs) brutally beating up a displaced child who begged them for money and another time I watched an old man being humiliated and insulted verbally at a regime checkpoint.”

As our conversation comes to an end, the jihadist’s mother looks at me with desperate eyes and asks what he is apparently ashamed of: “if you know of any job opportunity for him, we would be grateful. He used to be a good hairdresser,” she adds in an apparent attempt to rescue her son, the jihadist, and her granddaughter from the raging war in the country next door. “I’m willing to help,” I replied, but I already know that a man possessing no marketable skills and not able to speak a word of Turkish stands little chance of getting a job in a country that hosts some 600,000 Syrian refugees.

A few days later, it came as no surprise when I heard from the jihadist’s brother-in-law that the former hairdresser, who has fought for nearly three years, failed to secure a job in Gaziantep. This forced him to return with his little daughter to the comparatively economically stable life he had, fighting in Aleppo, where at least he had a steady paycheck. “He had no option but to go back to the fight,” his brother-in-law told me.

This story is an invitation to consider the major economic drivers of the Syrian conflict. The fighter is not alone in his situation. Many young Syrians who have tried to establish new lives along the Turkish border have failed to secure paying work and thus returned to their country, now unsettled by its third year of war.

A recent study by Syria Research and Evaluation Organization (SREO) found that even educated Syrians have difficulty accessing the labor market in southern Turkey.

Increasing numbers of young Syrians continue to cross the Turkish border – not fleeing violence but searching for job opportunities that might generate income for their struggling families.

The lack of resources and support, particularly for urban refugees, combined with the Arabic/Turkish language barrier leaves most Syrians without work or a future. They return to Syria, a country riddled with death, where, for at least the time being, they collect a paycheck.

The current harsh winter has further exacerbated the humanitarian conditions for the desperate refugees, and has internally displaced the Syrian population.

Furthermore, dysfunctional distribution of aid ensures many Syrians will continue to eke out a living by fighting. Al-Nusra Front pays 15000 SYP (100 USD) per month to its fighters—a significant sum given the desperate state of the country’s economy. Inflation has worsened inside the country, causing food prices to skyrocket. The Syrian pound has lost nearly 300 percent of its value against the US Dollar.

The only reliable alternative for resourceless Syrians is the food aid that many of the Islamic fighting groups distribute to motivate their troops. This includes cooking oil, rice and bread: “You don’t pay for anything,” the hairdresser-turned-jihadist told me. Although groups like the Islamic Front pay their fighters less – an average of 8000 SYP (54 USD) per month, it’s not an amount to be sneezed at for jobless young Syrians.

A renewed focus should be placed on humanitarian aid and community developmentContinuous violence ensures more people are economically incentivized to fight. A recent UN socioeconomic monitoring report reveals alarming figures on Syria’s job market. Unemployment has hit nearly 50 percent, and almost 8 million people of the 23 million population have been pushed below the poverty line—half of them living in “extreme poverty”.

It is time to change the general perceptions in the West of the Syrian conflict. It has gone from an uprising, to a supposed civil war, to now, increasingly a self-perpetuating conflict. Investing in economic alternatives for those who choose to flee violence is essential to undermining the conflict’s continuation.

A renewed focus should be placed on increasing humanitarian aid and community development. It is necessary to invest in Syrian youth and provide them with economic skills outside of fighting. Employment workshops carried out in host communities and, when possible, inside Syria are essential to building economic capacity among Syrians.

If there is no long-term international strategy that invests in Syria’s youth, many will have no option but return to their country and continue the war that is destabilizing the entire region. They have families to feed.