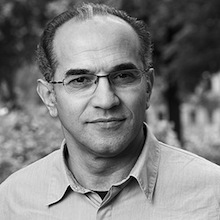 Egypt needs a cultural revolution – a grassroots movement that examines everything Egyptians take for granted. Without it, the lofty goals of the 2011 revolution (social justice, freedom and human dignity) will remain elusive.

You don’t need a degree in history or social sciences to diagnose what’s wrong with Egyptian society – before and after the revolution.

Just take a look at Cairo’s gridlocked traffic and you get a fair idea of the malaise: everyone wants to get from A to B with little or no regard for the others, while the hapless traffic police overriding the traffic lights, thus adding confusion to the general mayhem.

On the motorways the consequences are lethal. Everyone in Egypt complains about it, yet almost everyone is guilty of committing the same offences. The result (according to estimates) is some twenty thousand dead on the roads every year– some of the highest in the world.

“Everyone wants to get from A to B with little or no regard for the others”Take the behaviour of drivers and multiply it by x numbers (in politics, in hospitals, in schools, government agencies) and you get a true picture of what plagues Egyptian society, the daily problems that the media don’t write about (understandably they don’t make headlines), but only them can portray (especially for foreign observers) a true picture of what blights Egypt and the extent of the failure of its state.

We all know what the pursuit of narrow self-interest at the expense of others can lead to, especially when it becomes the norm for the majority. To come out of this abysmal state, Egypt needs reform on all fronts. No one group or institution can do it on its own.

A quick recap: this is the stark and painful reality of Egypt today – 90 million people huddled over a narrow stretch of land and a dearth of natural resources have lead to the proliferation of all kinds of social ills (sycophancy is the worst in my opinion because it sustains the corrupt and the inept in power) in a savage struggle to survive.

No one seems to have time or space for reflection, introspection or feeling guilty, which indeed seems to be so alien to this society. Faced with overwhelming evidence of wrongdoing, no public figure has ever admitted responsibility or shown remorse, only arrogance and denial. Any hint of contrition from the Mubaraks or the supposedly god-fearing Muslim Brothers’ leaders? None whatsoever.

Exceptionally, the eighteen days of the revolution brought out the best in society (solidarity, unity of purpose and collective action). The days that followed have exposed the Egyptians as woefully incapable of team work or compromise, chronically addicted to malicious litigation and prone to paranoia and xenophobia. Thwarting the others appears to be synonymous with (if not the only criterion of) success.  I have often wondered whether Egyptians hate one another!

The list of ills can be made longer. But you get the picture. Those who think they can change Egypt by capturing power at the top will – if they ever get there –  learn that a society like that can thwart leaders with the best of intentions and abilities.

The state is a failure. The mosque and the church regurgitate old certitudes. Political parties are part of the problem.

What is to be done?

Egypt needs to encourage a healthy culture of scepticism. Only an honest confrontation with the self that debunks some of the most cherished views Egyptians hold about themselves and the world, about religion and tradition ( recycled ad nauseum by textbooks and the media) can begin the arduous and painful task of self-examination in order to be able to break with the past and build a new society that puts respect for the individual (not the Nation, not the Ummah, not the Faith, not the Army or any other hallowed entity) at its heart. That is what a cultural revolution can do.

To begin with, any act of collective organisation to achieve a specific goal is a revolution in its own right, no matter how small, and is much more meaningful than venting out anger on the streets in demonstrations, of which the country has had more than its fair share during the past few years.

Small acts of civic responsibility (people getting together to clean their street, doctors volunteering to help in poor areas, reading and discussion groups, setting up a small society for the promotion of logical-rational thinking, will have gone some way towards changing Egyptian society. I believe some of that is already happening, but not yet on a scale large enough to make a difference.

“Egypt needs a grassroots movement that encourages reading”Small and gradual change in the way people go about their daily business: how to share the public space and  how to respect the privacy of others in every sense of the word will over time lay the ground for redrawing the boundaries between private and public (the state/society and the individual) in a new non-authoritarian dynamic.

As Egyptian novelist and political scientist, Ezzedine Choukri, suggested in a recent article, when these small local groups connect together because they share the same ambition (making life better for their communities in a variety of areas), such groups will hopefully be able to create what he describes as the “democratic current” that can one day stand up to the despotic and authoritarian instincts of society and the state and pave the way for a new Egypt: tolerant, productive and at peace with itself and the modern world.

Egypt needs a grassroots movement that encourages reading, learning and working together to fix small things here and now which can begin the work of weaning Egyptians off the intellectual and ideological opium they have lived on for decades, if not centuries.

A slightly different version of this article was written for IslamistGate.