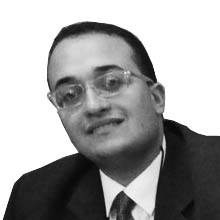 The two waves of popular uprisings in Egypt should have pushed towards the establishment of well-structured political parties, assigned with leading the complex transition from authoritarianism to democratic governance. But the social movements, youth groups and pre-revolution political parties have failed to produce a viable, political alternative that enjoys broad popular support. No wonder, then, that army chief Al-Sisi is likely to secure an easy victory in the upcoming presidential election.

The dilemma of political representation for non-regime elements in Egypt started with the decision of former president Gamal Abdel Nasser to ban political parties and arrest their leaders, a hardliner approach that was mitigated later during the regimes of Sadat and Mubarak consecutively. The gradual liberalization of the political system did not result in challenging the autocratic regimes’ stronghold over state institutions, but rather caused splits among the highest ranks of the political parties on high-profile seats following long years of political exclusion. Just consider the fierce battle between the leaders of the Wafd Party, Mahmoud Abaza and Nouman Gomaa, in 2008 concerning who owns the right of heading that organization.

The weakness of Egypt’s partisanship structure produced youth groups and social movements that mobilized the masses against Mubarak’s regime in the 25 January revolution, calling for change on all levels. Unfortunately, a merger between the old parties and these groups was unlikely in light of the intellectual and organizational gap between aging opposition leaders and middle-class youth whose sole, political experience was embodied in using social networks to address the masses.

“Social movements, youth groups and pre-revolution political parties have failed to produce a viable, political alternative”Such context left no room for the empowerment of Egypt’s civil society in the face of long-established state institutions in need for reform. After ousting Mubarak, the next step remained ambiguous for these groups due to the absence of joint coordination and clear-cut visions for the awaited democracy.

Meanwhile, a new clash occurred between the revolutionary fellows, represented in youth groups and Islamist movements. In the aftermath of the revolution, dissimilarity in political ideologies and targets caused deep divisions between the Muslim Brotherhood and non-Islamist youth groups such as the 6 April and Kefaya movements, causing enmities that planted the roots of the 30 June protests against the Brotherhood-affiliated president Mohamed Morsi in 2013.

Newly established liberal and leftist political parties, along with the revolutionary groups, accused the Brotherhood and their Salafist allies of striking a deal with the Supreme Council of the Armed Forces (SCAF), aimed at putting legislative and presidential elections ahead the constitution-drafting process. The parties called for the creation of a transitional, civilian body to rule the country and an allowance period for themselves to publicize their ideas and platforms among Egypt’s geographically vast constituencies, a rationale that was rejected by the Islamists.

The revolutionary blocs had even failed to agree on one out of 13 candidates who ran for presidential elections in 2012, leading to a split of votes that pushed Mubarak’s last Prime Minister Ahmed Shafiq and Morsi for the runoff round through their non-swinging voting bases. This mistake is currently repeated by the National Salvation Front (NSF), Egypt’s main anti-Morsi alliance between liberals and leftists that collapsed after his ouster, introducing no presidential candidate until now. Even many of its members have quit their political careers. No political party associated with the NSF has announced backing Hamdeen Sabbahi, a former NSF leading member and an expected presidential contender.

The loss of public trust is the toughest obstacle, hindering the emergence of influential opposition parties in Egypt. A traditionalist view would suggest the continuation of the military’s strong influence over the Egyptian state and society as a cause for the civil society’s ineffectiveness. The military institution played a significant role in ending Morsi’s rule following an extraordinarily massive uprising in Egypt’s history and engineered a roadmap in coordination with the Egyptian social and political communities. But it is worth noting that Tamarod, a second generation of youth movements in Egypt that mobilized for the 30 June revolution, has adopted a pro-military stance and announced its backing of the presidential campaign of Al-Sisi.

At the same time, though expressing several rejections concerning the democratic nature of the post-30 June governance, most political parties and youth organizations seem incapable of pushing towards the other direction, partly given their inability to attract new members to their already-small bodies. The severe lack of credibility and support among normal citizens should be added to the equation.

The liquidity of Egypt’s party system with more than 50 political parties and tens of social movements cannot last any longer. Otherwise, the society’s input into the domestic political order will remain limited for an unforeseeable time-span.