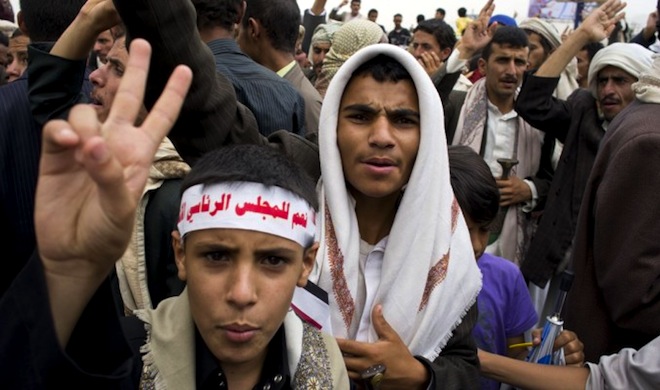 With the current sectarian climate in the Middle East, it is rare to find events that host voices from across the region's sectarian and religious divides. But just a few days ago, a small window opened up in Doha. British-Yemeni journalist Abubakr al-Shamahi reports.

It’s arguably the greatest threat currently facing the Arab and Islamic worlds, causing strife across the vast region, and planting seeds of conflict that could take generations to uproot. From Lebanon to Iraq to Pakistan, it has caused neighbourly discord at best, and mass killings at worst.

Of course, I am talking about sectarianism. Despite what some like to claim, this is no continuation of a thousand year old war for Islam, but in fact a problem that, in the modern era, has appeared only in the past few decades. Sectarianism, and religious intolerance, have grown deadlier since the US occupation of Iraq, and have reached new heights with the ongoing conflict in Syria.

Unfortunately, with the current sectarian climate in the region, it is rare to find events that host voices from across the Middle East’s sectarian and religious divides. Instead, it is quite the opposite. Events actively promoting sectarianism or featuring sectarian rhetoric have abounded across the region, sometimes sponsored by government institutions. Before the Egyptian military’s coup against his government, Mohammed Morsi spoke at an event on Syria that featured several instances of sectarian discourse from other speakers.

“It is rare to find events that host voices from across the Middle East’s sectarian and religious divides”Perhaps, therefore, it is heartening to see one event attempting to counter, in their own words, “the emergence of racial and separatist conflicts” in the Arab and Islamic worlds. The event, under the name of the ‘National Unity and Social Coexistence Conference’, was held in the Qatari capital of Doha, from the 2nd to the 3rd of April.

The event organisers say that the goal of the conference was to look at the challenges currently facing the region, and then aim to guide them “to preserve the historical cohesion of Arab peoples,” as well as “encouraging a calm dialogue on ethno-religious plurality.”

It’s a tough ask. Many debates on topics such as the Syria split along largely sectarian lines. The conference tackled Syria, but from a standpoint that supports the Syrian opposition. Panelists include Moaz al-Khatib, the popular former head of the Syrian National Coalition, Abdulbasit Sida, the former president of the Syrian National Council and a Kurd, and Riyad Hijab, a former Syrian Prime Minister who defected to the opposition. The organisers also aimed to demonstrate the diversity of the Syrian opposition, by inviting George Sabra, a Christian, and a very respected and long-standing opposition figure, to speak.

Aside from Syria, Sunni and Shia clerics spoke, as well as a Lebanese Christian priest, Dr Peter Madros.

Will the event be seen as a success? It certainly aimed to cover the right ground, with panels such as ‘Protecting religious pluralism and ethnic diversity’ covering a topic that has struggled to be heard in recent years, with the focus on the differences between the region’s people.

DON’T MISS OUR HOT TOPIC ON DIALOGUE AND PEACE

The Qatari government, which hosted the event, is currently in the midst of increasing tensions with some of its Gulf neighbours, specifically Saudi Arabia and the United Arab Emirates, and so may have difficulty convincing some across the Arab world that it is the best country to be fostering ‘unity and coexistence’. Many opponents of Qatari foreign policy see it as supporting the Muslim Brotherhood.

However, despite this criticism, it is certainly a positive that such an event is being held, anywhere in the Arab world, in the current climate. Dialogue is definitely to be welcomed, but more is needed. Hopefully this is the first step, and those with the guns might put them down to talk in the not too distant future.