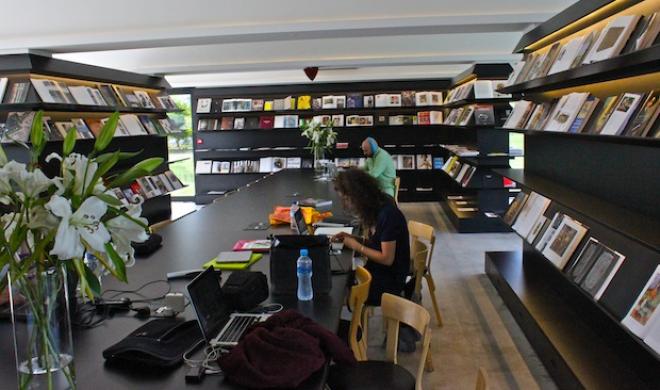 From Google cars in Dubai to social TV and the first generic Arabic domain name, here are 10 things that'll keep you up to speed with digital developments in the MENA.

1. Social TV is coming to the Middle East via YouToo, a service which will allow viewers to interact in real time – from the web or their mobile device – with TV programs using video, pictures, voting and social media.

2. The latest Visual Networking Index, which contains Global Mobile Data Traffic Forecasts for 2013–2018, suggests MENA will see the strongest mobile data traffic growth of any region in the next five years.

4. Ambulances in Qatar could be able to control traffic lights using new technology which will enable emergency vehicles to transmit a signal to change the traffic lights ahead of them; a move which could potentially reduce life threatening delays.

MORE INSIGHT by DAMIAN “mHealth” in the Middle East

5. MENA workers prefer face-to-face communication over technology. Although 76% admit technology makes them more efficient, their preferred method of communication is “in person”.

6. The first generic Arabic domain name – DotShabaka – has gone live, allowing users to solely access sites in Arabic script rather than having to use .com, .org, etc.

7. Asnad purports to be the first Arabic platform for selling digital goods. The portal allows you to buy and sell “digital goods” like e-books, computer and mobile apps, web scripts, games, audio and video clips, and digital art.

8. A detailed infographic from Startappz about YouTube in the Middle East shows that most news content on YouTube comes from Qatar and Syria, whilst in other categories, Saudi Arabia leads the regional contribution for comedy and UAE dominates entertainment content. It also shows that music content is particularly popular in Egypt and Lebanon.

9. Google Street View-cars are coming to the Middle East, with Dubai being the first city in the region to have street views added to Google’s online mapping service. Some members of the public have already spotted them. Have you?

10. Turkey has the world’s highest percentage of online gamers according to data from comScore and cited in this report from Spil Games.

See more about these stories – and some others you may have missed – in this presentation on the ictQATAR SlideShare Channel (English, Arabic)