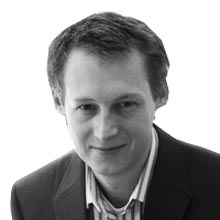 The current round of Middle East peace talks may have expired and the US may have called a time-out, but neither side can afford to turn their backs on the peace process for good. While it has become clear that the US-led talks are incapable of resolving the conflict, the illusion of a process has proven useful to all sides.

For the Israeli government, it acts as a convenient foil with which to deflect criticism regarding continued occupation of the OPTs and settlement construction. For Palestinians continued adherence to the peace process has kept the international aid taps open in support of their economy and provided significant privileges (and in some cases wealth) for Palestinian elites.

Above all though, the peace process has become an effective system for managing the Israeli/Palestinian conflict and keeping a lid on violence. It has acted as an enabler of the status quo and in doing so has become one of the principle sustainers of the two-state paradigm. But as the last months have shown, any attempt to pursue negotiations without addressing the underlying factors straining the overall prospects for achieving a two-state solution will prove incapable of delivering a lasting peace agreement between Israelis and Palestinians.

It would also be a mistake to assume that the absence of Palestinian violence or any immediate prospect for a third Intifada means that the current status quo and Israel’s creeping annexation of the West Bank can continue indefinitely at no cost. As Kerry recently warned, the weight of Palestinian demographics will mean that a “unitary state winds up either being an apartheid state with second-class citizens – or it ends up being a state that destroys the capacity of Israel to be a Jewish state.”

Many Palestinians would in fact argue that apartheid is already in operation in the West Bank and have drawn parallels between their plight and that of black South Africans during the 1970-80s. As a consequence, the framing of the Palestinian narrative is also changing, with a gradual shift away from a purely national struggle towards a civil rights based one in favour of equal rights and representation within a binational state.

While the higher echelons of the Palestinian leadership seem more immune to this trend, faith in the Oslo peace process has all but faded, leading to increased realisation that a new set of strategies is required to break out of the golden cage created by the Oslo accords.

Talk of handing over the keys of the Muqata’a to Israel and forcing it to shoulder the responsibility (and cost) for governing the West Bank may be empty threats for now, but the dismantlement of the Palestinian Authority in some form or a downgrading of Palestinian-Israeli security cooperation would pose serious policy implication for both Israel and the international donor community.

In spite of this and increasingly frequent warnings of its demise, the idea of two states as envisaged under the Oslo process has proven remarkably resilient over the past decades. And for now it is still the only outcome which benefits from a majority of support amongst both Israelis and Palestinians.

Moreover, the two-state solution remains the expressed goal of the PLO. President Abbas has left the door open for another round of talks so long as these map out the borders of a Palestinian state within the first three months. Pending a return to the negotiating table, Palestinians can be expected to advance further down the UN track, building upon their November 2012 admission to the UN as an observer state and their ratification of 15 international treaties and conventions – both of which implicitly re-affirm Israel’s right to exist within its internationally recognised borders.

Last week’s intra-Palestinian reconciliation deal should also be interpreted. While the motivations for each side’s speedy re-embrace of reconciliation arguably says more about their respective domestic predicaments, recent statements from both sides should not be discounted. President Abbas has vowed that a Palestinian unity government – even one inclusive of Hamas – would continue to recognise Israel and remain open to negotiations. If true, the possibility of Hamas (and even Islamic Jihad) joining the PLO umbrella, implicitly adhering to previous PLO agreements with Israel, and renouncing violence would constitute a momentous shift in Palestinian support for two-states.

True, it is difficult to shake the sense of déjà-vu when contemplating Palestinian reconciliation. Implementation of any agreement will face numerous challenges both domestically and externally given the anti-Muslim Brotherhood policies pursued by a number of regional states.

INSIGHT Bassem Youssef and anti-Semitism in the Arab World

Nevertheless, reconciliation is an important and vital step given that any lasting agreement with Israel would necessitate buy-in from a broad spectrum of Palestinian groups. Bringing Gaza back into the fold and reversing its drift away from the West Bank would also deal a serious blow to Israeli right-wingers who have argued that cleaving the Strip and its 1.8 million Palestinians away from the Palestinian polity would make digesting the remainder of the Palestinian inhabitants of OPTs more palatable for Israel.

So far though there is little to suggest that the initiatives outlined above represent anything more than a series of short term tactical decisions aimed at strengthening President Abbas’ negotiating hand ahead of the next round of negotiations, rather than a strategic attempt to shift the paradigm that has framed the conflict since 1993.

“There are areas where Europe has indicated a willingness to act”

After twenty years of Palestinian sacrifice the Palestinian leadership will not abandon the peace process or the two-state solution in a hurry. But as the window for negotiations closes, President Abbas will come under increasing pressure to pursue strategies outside of the negotiation room to secure a Palestinian state.

Should the horizon for a two-state solution continue to recede though it will be increasingly difficult for leaders on both sides to ignore calls to pursue alternatives to a two-state option, increasing the danger of sleepwalking into a one-state reality.

At such a critical juncture and in the absence of a forward leaning US strategy, managing the Israel/Palestine file and prolonging the life of the two-state solution will likely fall to the European Union and its member states. Although there is no European appetite for moving centre-stage at this point, there are areas where Europe has indicated a willingness to act, especially with regards to reinforcing the distinction between Israel proper and the OPTs through the application of EU law in its bilateral dealings with Israel.

The EU must however do much more to counter the annexationist rhetoric espoused by the Israeli right by highlighting the costs and consequences of Israeli settlement policies for its international standing. Europe would also do well to build upon recent developments on the Palestinian side by supporting initiatives aimed at reforming PLO representation and revitalising the Palestinian national liberation strategy, both of which are crucial elements for formulating a new negotiating framework capable of delivering two states.