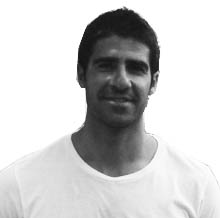 On May 11, The Iranian Consulate released a statement about Iran's perspective regarding its relationship with the Kurdistan Region of Iraq. This statement was issued in the Kurdish city of Slemani (Sulaimania) and constructs an image of the Kurds that is permeated by misrecognition, distortion and humiliation, writes Barzoo Eliassi.

The statement starts with demonizing the first Kurdish republic in Eastern Kurdistan (Kurdistan of Iran) in 1946 that lasted for almost a year and labels it as “the few day lasting communist state of Mahabad” which has pushed some Kurdish political parties to be involved in “construction of nation, culture, language and history”.

It goes on to tell us that “Kurdish dialect is not an autonomous language but belongs to the Iranian languages and is a mixture of Arabic, Turkish and Persian languages”.  It is not clear which Iranian languages the Consulate intends but Persian is implicitly the normative point of comparison.

Furthermore, the statement reiterates the classical verses of the Islamic regime of Iran that western countries are the major source of division in the Islamic and Middle Eastern countries in search of natural resources. It also underlines that there are no divisions among the people of the region since they have been living together in a spirit of brotherhood for thousands of years.

“The statement starts with demonizing the first Kurdish republic”

Kurds in this statement are reduced to a “minority” living in Iraq, Syria and Turkey and their so-called great homeland: Iran. The statement also warns the Kurdistan Region to preserve the territorial unity of Iraq otherwise it will be facing a cold relationship with Iran. My focus in this article will be on misrecognition and non-recognition of the Kurds as an equally valid nation in the Middle East.

We need to set the stage for this Iranian discourse about misrecognition of the Kurds as a nation. First of all, the identity of the sovereign and the Iranian citizenship conceal the privileges of Persians. This does not mean that all Persians are complicit in this order intentionally but their identity provides them with a privilege since it is a marker of cultural norm in Iran.

The Iranian consulate in the Kurdistan Region asserts that the Kurdish language is not a proper language but a dialect of Iranian languages. I would like to draw an analogy between Kurdish language and Norwegian language in order to clarify my point. Imagine if the Swedish Embassy in Oslo says that Norwegian is not a language but a dialect of Swedish or Germanic language, while the universities, the public spheres, the TV, the radio and the newspapers are all expressed and communicated through Norwegian. Indeed there are more similarities between Swedish and Norwegian than Kurdish and Persian. A Norwegian understands a Swede and a Swede understands a Norwegian more and less.

Yet, this does not disqualify these two languages as autonomous languages.  One can wonder if it is the Iranian Consulate as a self-appointed judge that decides the universal objectivity of Kurdish language as a language or Kurds themselves? Does not the Consulate see the official status of Kurdish language in the Kurdistan Region?

This is not ignorance but sanctioned ignorance and deliberate inferiorization of Kurdish identity as such. The website of the Iranian Consulate uses Persian and Arabic languages as a means of communication given that Kurds in the Kurdistan Region are predominantly speaking Kurdish and the Kurdish language has an official status in that region endorsed by the Iraqi constitution. This is an explicit denial of Kurdish identity in the heart of Kurdistan. Is it not this misrecognition and distortion of a group identity that the philosopher Charles Taylor talks about?

This political stance clearly illustrates how the Iranian state functions; it endeavors to inferiorize the Kurds so they can not claim nationhood (like Turks, Arabs and Persians) but to remain ghettoized within their assumed subnational belonging.

The Iranian consulate contends that the so-called Kurdish “dialect” is a mixture of Kurdish, Arabic and Persian languages. Not many Kurds have met members of these groups that have understood or have been willing to understand their Kurdish language unless they have not studied Kurdish language or came into contact with it on regular basis. This supposed linguistic mutation among Kurds and its metamorphosis into these three imposed languages have obviously bypassed the Kurds in a peculiar way. Following the consulate’s prescribed guidance, Kurds must be living a Kafkaesque life without being aware of it.

Of course, it is not a problem when languages interact and borrow words from each other. This occurs everywhere and applies to many languages if not all. Within Cultural Studies, scholars talk about cultural and linguistic hybridity as a way of depicting cultural complexity beyond ethnic or cultural purity. But the Iranian consulate is not talking about hybridity as a positive quality. Undeniably it is telling us clearly that Kurds cannot make claim to peoplehood or nationhood and must remain a sub-national group within the current states since their so-called “dialect” is opaque and unintelligible due to mixture with Arabic, Turkish and Persian.

Kurds are portrayed as “linguistic bastards”, if I am allowed to spice up the argument of the Iranian Consulate. This Iranian attitude is nothing other than disrespecting the national identity of the Kurds. The notion of respect and rights are neatly connected. As the German philosopher Axel Honneth argues, it is through the rights as a means that respect can be expressed. In other words, a legal recognition of Kurdish language in Iran as an autonomous language is an expression of respect vis-à-vis the Kurds as an equal nation in a multinational Iran. Without rights a group can barely flourish.

The sister concept of recognition is misrecognition that clearly targeted the Kurds through the statement of the Iranian Consulate claiming that Kurds lack history, culture, and language. The Iranian state needs to open up its public spheres so politically marginalized individuals and groups can effectively participate in defining the political and cultural norms which they are exposed to in Iran.

Unfortunately, individuals and groups who are culturally and politically misrecognized and invisible in Iran often encounter resistance from the dominant group when they want to assert themselves as a legitimate constituent of the Iranian society. Executions of Kurdish activists have become an Iranian area of expertise when Kurds claim their full citizenship rights. Iran has become a big prison for Kurdish national identity.

When Kurds in Iran call for the right to have rights, like for instance education in Kurdish, the argument is that Kurdish language lacks unity and is marked by many diverse dialects. The quest for right to education in non-Persian languages is regarded as undermining social cohesion and the territorial integrity of Iran, as some members of the Academy of Persian language and literature have underlined.

There is a dire need to dismantle the prevailing myth about the neutrality of language in multiethnic societies and contest universalization of Persian language in Iran. Language is the soft power of colonialism and an essential vehicle to subordinate the “Other” culturally. Language as a vehicle of assimilation is the intimate enemy that colonizes your mind and distorts your patterns of identification.

Finally, I give the last words to the philosopher Charles Taylor who would have told the Iranian Consulate and of course the Iranian state: “Due recognition is not just a courtesy we owe people.  It is a vital human need. /…/ Nonrecognition or misrecognition can inflict harm, can be a form of oppression, imprisoning someone in a false, distorted, and reduced mode of being”.