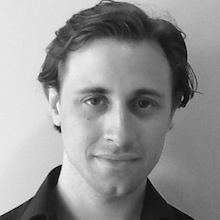 As the Syrian conflict drags on, European governments are increasingly concerned about what to do with returning foreign fighters. But are they right to fear these returnees? And is the increasing raft of government legislation cracking down on foreign fighters the correct response or are there other ways that greater minimise the possibility of ‘blowback’?

The conflict in Syria is one of the clearest examples in recent years of the ‘foreign fighter phenomenon’, with estimates of 11,000 individuals from 74 countries – more than any previous conflict in the modern Middle East – having joined the conflict to date, with a significant number of these coming from European or other Western states.

It is widely seen that the conditions of the Syrian conflict are creating a perfect storm for ‘blowback’. This theory – widely accepted in policy circles – states that foreign fighters return from combat with a dangerous cocktail of anti-Western rhetoric and combat experience. With the campaign to oust Assad faltering and growing reports of in-fighting amongst rebel groups, there is an expectation that foreign fighters will begin returning en masse in the near future, turning their attention against the West.

It seems that such a conclusion is based on a common sense assertion: that with operational experience and combat skills, exposure to the ideology of jihad and radical Islam, and the development of a network of contacts with Salafist-jihadi operatives, ex-foreign fighters will naturally turn to domestic violence upon their return. Yet, evidence on this front seems to be mixed.

Primarily, this assertion contradicts what many foreign fighters are actually saying. Whilst many talk heady rhetoric about their utopian aims of establishing a Khalifate in Syria or the Middle East, many seem keen – through uploaded videos, social media and interviews – to stress that they are neither interested nor supportive of attacks against targets in Europe. Academic studies of returning fighters – such as those by Thomas Hegghammer – also seem to back this up, failing to conclude that participation in foreign fighting increases involvement in a terrorist incident on domestic soil.

Firstly, fighting in Syria is not useful in terms of training – risking death in a combat scenario seems neither an appropriate nor desirable strategy for those looking to gain experience for a domestic attack. Secondly, those most vehemently advocating operations in the West are also those most likely to be discouraging individuals from participating in foreign fighting, as it detracts attention from the more global brand of violent ‘jihad’ they propound. The same also works in reverse, with the overwhelming majority of groups advocating foreign fighting condemning domestic attacks as illegitimate.

The research does, however, seem to show that attacks by ex-foreign fighters on domestic soil are generally more successful – more likely to reach fruition and twice as likely to have a lethal impact – but there is little evidence that they are more likely to conduct such an attack. Furthermore, the data we do have on foreign fighters is notoriously unreliable, with most coming through governmental or media sources, each open to biases exaggerating the threat from terrorism.

NEWS Things are going increasingly out of hand for Libya, which could face all-out civil war

So, there is limited evidence to suggest the West should fear the return of foreign fighters. But this contrasts with the increasingly hardline policy emanating from European governments. In May 2014, French President Francois Hollande supported an international drive to ‘deter, prevent and punish’ those who engage in foreign fighting.

Meanwhile a number of governments have recently adopted such measures as the enhancing of online surveillance, the encouragement of parents to watch and report family members, and the withdrawing of passports of those suspected of planning to fight.

Furthermore, the UK parliament recently approved a plan to strip naturalised citizens accused of terrorism of their British citizenship. This is another controversial step from Home Secretary Theresa May, whose previous legislation made it possible for the UK to withdraw citizenship from those who carried dual identity.

So, with limited evidence that we should we should fear foreign fighters, why is it that such harsh legislation is being so hastily rushed through European parliaments? Perhaps, most importantly, it is because it is seen as ‘common sense’ that interaction with ‘militant Islam’ radicalises individuals into becoming irrational and violent, placing them within an existential battle against the ‘secular’ West.

And why should such a statement concern us? Firstly, because it obscures what is actually going on and hinders our attempts to accurately understand the phenomenon. Such hugely unsubstantiated assertions miss much of the actual motivation of individuals fighting in Syria: the sense of injustice felt by many against the brutal Assad regime; their limited economic opportunities; or the political dissatisfaction they feel towards their home nations, many of whom brand them foreigners and outsiders simply on the grounds of their faith.

Secondly, it risks impinging on the civil liberties on all those in the West. The increasing haste with which governments are looking to strip individuals of their nationality – something which, according to the 1948 UN Universal Declaration of Human Rights, ‘everyone has the right to’ – is dangerous because an individual’s nationality enables them to fall within the scope of national and international law, as well as gain access to economic and political rights.

It furthermore raises the alarming prospect that UK and EU citizens are being deprived of their citizenship purely as the result of governmental accusation. This presupposes guilt and circumvents the concept of prior innocence before due legal process, the bedrock of British and European law.

Finally, it risks creating the very situation it looks to remedy. European governments seem to be aligning themselves against both the Assad regime and the rebels fighting against it, whilst simultaneously punishing swathes of individuals who are neither motivated for, nor supportive of, attacking Western targets without evidence or due process of law. These Draconian laws fuel the ‘globalisation’ of the Syrian conflict as about deeper, theo-political concerns rather than the local governance of Syria, presenting Europe as against any form of ‘political Islam’ and – in spite of no evidence of risk – unnecessarily alienating combat-ready individuals that previously condemned and abhorred action against the West.

Perhaps more radical approaches are needed by European governments, ones that take into account the information we have and the threat we can presuppose – such as engaging with returning foreign fighters without the supposition of guilt but in means similar to war veterans, as fighters will return with similar experiences to many Western army troops. In this way, governments act to bring foreign fighters back into society in a way that minimalises ‘blowback’, rather exacerbating the conditions for it.

Crack downs on foreign fighters, as they stand, not only risk our security – facilitating, rather than stemming, the recruitment of foreign fighters – by framing the Syrian conflict as part of a global battle of Western secularism against Islam, they also risk eroding the very foundation of human rights and civil liberties upon which our own citizenship stands.