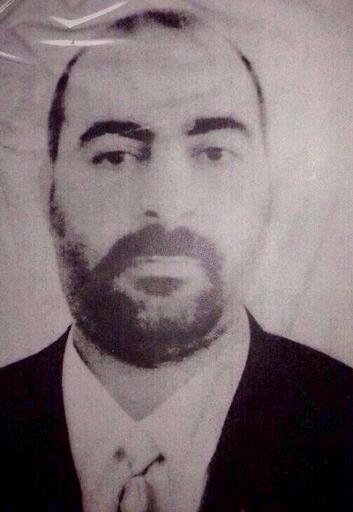 The shadowy leader of thousands of Islamist fighters in Syria and Iraq, many of them Westerners, appears to be surpassing Al-Qaeda chief Ayman al-Zawahiri as the world’s most influential jihadist.

Abu Bakr al-Baghdadi’s Islamic State of Iraq and the Levant — known for its ruthless tactics and suicide bombers — is arguably the most capable force fighting Syrian President Bashar al-Assad, and has even held control of a major Iraqi city for the past five months, in tandem with other groups.

Western governments fear it could eventually emulate Al-Qaeda and strike overseas, but their biggest worry for now is likely the eventual return home of foreign fighters attracted by ISIL and Baghdadi.

Among them are men like Mehdi Nemmouche, a 29-year-old Frenchman who allegedly carried out a deadly shooting on a Jewish museum in Belgium last month after spending a year fighting with ISIL in Syria.

“For the last 10 years or more, (Zawahiri) has been holed up in the Afghanistan-Pakistan border area and hasn’t really done very much more than issue a few statements and videos,” said Richard Barrett, a former counter-terrorism chief at MI6, Britain’s foreign intelligence service.

“Whereas Baghdadi has done an amazing amount — he has captured cities, he has mobilised huge amounts of people, he is killing ruthlessly throughout Iraq and Syria.

“If you were a guy who wanted action, you would go with Baghdadi,” Barrett told AFP, noting the ISIL leader’s challenge to Zawahiri was “a really interesting development”.

“Where that goes will determine a lot about how terrorism is (carried out).”

In a report for The Soufan Group, a New York-based consultancy, Barrett estimated that some 12,000 foreign fighters had travelled to Syria, including 3,000 from the West.

ISIL appears to hold the greatest appeal, with King’s College London Professor Peter Neumann estimating around 80 percent of Western fighters in Syria have joined the group.

Unlike other groups fighting Assad, ISIL is seen working towards an ideal Islamic emirate and, compared with Al-Qaeda’s franchise in Syria, Al-Nusra Front, it has lower entry barriers.

ISIL has also sought to appeal to non-Arabs, recently publishing two English-language magazines, having already released videos in English, or with English subtitles.

ISIL claims to have had fighters from the Britain, France, Germany and other European countries, as well as the United States, and from the Arab world and the Caucasus.

“It embodies that transnational ideology,” Neumann said of ISIL.

“If you are a Brit or a French guy who has no family connection to Syria, you’re not wanting to fight for the Syrian people… The reason you’re going there is because you see Syria as essentially the centre of gravity or the potential birthplace for that Islamic state that you’re hoping to create.”

Much of the appeal also stems from Baghdadi himself — the ISIL leader is touted as a battlefield commander and tactician, a crucial distinction compared with Zawahiri.

Baghdadi apparently joined the insurgency that erupted in Iraq soon after the 2003 US-led invasion.

In October 2005, American forces said they believed they had killed “Abu Dua,” one of Baghdadi’s known aliases, in a strike on the Iraq-Syria border.

But that appears to have been incorrect, as he took the reins of what was then known as the Islamic State of Iraq in May 2010 after two of its chiefs were killed in a US-Iraqi raid.

Since then, details about him have slowly trickled out.

In October 2011, the US Treasury designated him as a “terrorist” in a notice that said he was born in the Iraqi city of Samarra in 1971.

And earlier this year, Iraq released a picture they said was of Baghdadi, the first from an official source, depicting a balding, bearded man in a suit and tie.

At the time Baghdadi took over, his group appeared to be on the ropes, after “the surge” of US forces combined with the shifting allegiances of Sunni tribesmen to deal him a blow.

But the group has bounced back, expanding into Syria in 2013.

Baghdadi sought to merge with Al-Nusra, which rejected the deal, and the two groups have operated separately since.

Zawahiri has urged ISIL to focus on Iraq and leave Syria to Al-Nusra, but Baghdadi and his fighters have openly defied the Al-Qaeda chief and, indeed, have fought not only Assad, but also Al-Nusra and other rebel groups.

“His… assumption of (the group’s) leadership saw him manage an organisation under huge pressure,” said Charles Lister, a fellow at the Brookings Doha Centre.

“Baghdadi has managed a remarkable revival in his group’s strength.”