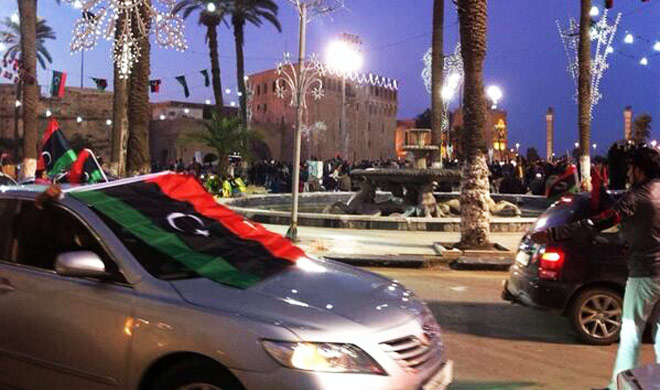 #MyLibya, created by freelance journalist Khadija Ali, quickly gained traction earlier this week, resulting in a stream of photos, memories and encouraging words. They all had one thing in common, the affection for their beloved country.

On Monday morning Twitter user @KhadijaMAli was fed up with all the negative news about her country and tweeted:

“Since there is so much negativity and pessimism about the situation in Libya, I think it’s about time we start a new hashtag #MyLibya”

The hashtag quickly became popular and united people on the social media site who shared the best of their country at a time when the nation needs it the most.

Here are some of the comments and photos shared on Twitter…

Hend ‏@LibyaLiberty
I want to tell #MyLibya that your heart is stronger than the hate,your courage greater than the fear,& a future brighter than the past.

Ayah Sasi‏ @Dernaweeya “Mathrooda” a traditional dish from #Derna with a side of seasonal fruits from my grandfathers garden #MyLibya:

Mary Fitzgerald ‏@MaryFitzger
Inspiring. Infuriating. Often at the same time. #MyLibya (fuelled by the fab coffee you find on every street corner)