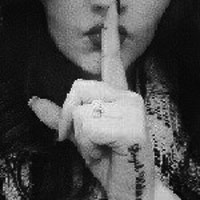 One of the most pressing issues in Kurdish society today is violence against women. Domestic violence has become a phenomenon in the prosperous Iraqi Kurdistan, writes Raveen Dosky.

With its increasing independence from the weakened central government of Iraq, the Kurdistan Regional Government (KRG) is now considered by many to have more responsibility to act institutionally in all matters related to the Kurdish population.

Last month, 15-year-old Dunya, who had been forced to marry a man three times her age, was brutally murdered by her husband. Not only did he end her life with 9 bullets, he also cut off her breasts and did gut wrenching things to her. The graphic image of Dunya went viral on social media sites in Kurdistan and elsewhere. Dunya is one example of many honor killings that have taken place in Iraqi Kurdistan in the past few years.

Violence against women is not a sudden trend in Kurdish society. In fact, it is a result of many other social illnesses, including the problem of child marriages which is growing in many parts of Iraqi Kurdistan. One day children could be playing with their toys, the next day their parents tell them that they are getting married. These marriages often end in nasty divorces, murder or suicide.

It is a disgrace for something like this to happen in such a booming region that strives to be an economic actor in the Middle East. The KRG is to blame for not making enough effort to shed light on such crimes, and actually help prevent them from happening in the first place. Educational programs about the societal perils of domestic violence are almost non-existent.

The question is how many honor killings it will take for the KRG to do something about it? KRG is so blinded by trying to make Kurdistan the next Dubai that they are neglecting such important social issues.

Kurdish society is semi-tribal and the Kurds, particularly in Iraq, have somewhat misunderstood the meaning of “honor.” It should be noted that the younger generation and the educated groups are working very hard for women’s rights, but how could they possibly start something without a strong base? The base should be a dedicated government that helps its citizens take the initiative for such moves.

According to Dunya’s aunt, her final words before she was murdered was “tell my father this is the last time he will hear my voice.” Dunia knew what was in store for her. No one knows the reason behind her death, but Dunya’s husband had threatened that if she or her family asked for a divorce he would slaughter her. And he did just that.

The only hope now is that Dunya’s misfortune will be an incentive for KRG officials and for parents in Kurdistan to start to rethink and reform their concepts of education in this promising region.