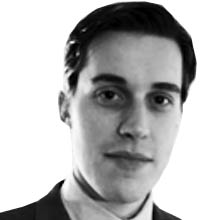 The world is in a state of shock after Mosul was taken by ISIS, the terrorist movement that is said to be too extreme for al Qaeda. ISIS is freely translated to the Islamic State in Iraq and (greater) Syria, and now controls large parts of both countries. Have the ruthless warriors of ISIS achieved what Osama bin Laden could only dream of: the return of a caliphate in the land of the Tigris and Euphrates? And who are to blame for this terrible mess?

Within the spade of a week the Iraqi government lost a city with almost two million inhabitants, larger than Birmingham or Brussels. Soldiers hastily stripped off their uniforms in panic as they fled the city. Their fear is understandable: when captured, Iraqi and Syrian soldiers are usually executed by ISIS fighters, followed by having their dead bodies being published on Twitter and Facebook – often headless.

Yes, the Iraqi army is partly to blame. Strategic blunders on the battlefield are rule rather than the exception, as was recently elucidated when some of its tanks units were easily defeated by the international blend of jihadis because the Iraqi army failed to provide any infantry support: a textbook case of lack of military experience and any sense of tactical awareness.

However, the core reasons for the rise of the Jihadis are far more structural. Firstly, this is the legacy of George W. Bush. After the (illegal) invasion, Iraq was completely misgoverned leading to a vacuum in which al Qaeda could flourish. Before the U.S. invasion, Osama bin Laden could only dream of having any affiliate in Iraq.

Second, Prime Minister Nouri al Maliki deserves a chunk of the blame. Al Maliki’s policies in recent years are characterized by polarising statements and the structural exclusion of the Sunni minority of the population. During his recent election campaign he emphasised the existential struggle between Shiites and Sunnis instead of positioning himself as a leader for all Iraqis.

As a result, many Sunni tribes and militias are now actively opposing the Iraqi government and providing cover for, and even support to, ISIS. Maliki’s reckless politics created a fertile ground for the rapid advances of the Jihadis. Instead of learning from his mistakes, this semi-dictator is looking to Washington and Teheran for military support.

To understand ISIS and its goals better one has to take a closer look at the city of Raqqa, in northern Syria, which was captured in March last year. Since then, the organisation has operated Sharia courts with regular public executions. In addition, ISIS provides certain basic services to the population under its control.

With its recent successes in Iraq, “the Islamic State” can now be compared to a country with a population the size of Jordan. In addition, ammunition depots, tanks, banks, and oilfields were captured. With this financial, geographical, and military power we can draw only one conclusion: the Islamic State has become a reality on the ground in the heart of the Middle East.

The question, however, remains how long ISIS can actually hold on to its newly acquired territories. It has already made many enemies: due to its stubbornness and harsh rule, ISIS has been officially at war with the Syrian branch of al Qaeda and allied rebel groups since early January.

The next step could be an advancement of ISIS towards Samarra, the base of several prominent Shia shrines. An attack on this city will certainly be a red line for Iran – the self-proclaimed guardian of the Shiites in the region. If more attacks on Shia areas will indeed be the next phase of this conflict, Iran’s Revolutionary Guards are bound to take over much of the tasks of the Iraqi Armed Forces through training Shia militias and coordinating the battle against ISIS. As such, we are witnessing an increasing militarisation of Iraqi society.

From the U.S. to Iran, the international community stands united in the face of the Islamic State. It is therefore only a matter of time before the U.S. will provide more military support, while Iran increases its influence in Baghdad even more, and the heart of the Middle East is further torn apart by sectarian violence. These will be the devastating consequences of the temporary resurrection of an Islamic caliphate on the Euphrates and Tigris.