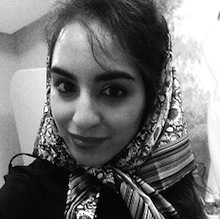 The nuclear negotiations between the United States and Iran have yet again hit a roadblock. Five weeks ahead of the deadline to broker a deal, American and Iranian negotiators are divided on crucial issues, most prominently over restrictions on Iran’s centrifuges. While prospects for a nuclear deal to resolve the conflict over Iran’s nuclear program seems low, it is more crucial than ever that the US push forward with the negotiations.

Iranian president Hassan Rouhani’s recent declaration for more social freedom in the Islamic Republic and the Islamist takeover of the Iraqi cities Mosul and Tikrit have made brokering a nuclear deal with Iran imperative for the US.

The first reason the nuclear negotiations cannot fail is that the US needs Iran as a strategic ally for curbing the Islamist takeover of Iraq. President Obama announced on Friday that sending US troops back to Iraq is not an option, although his administration says it is weighing the possibility of air strikes.  The US undoubtedly feels—and should be—compelled to take action against the recent surge of militants from the Al-Qaeda affiliate Islamic State in Iraq and Shams (ISIS). After all, it can be argued that the US invasion in 2003 helped pave the way for the splintering of the Iraqi state. Americans do not have the appetite for yet another war, especially when they are still bogged down by the Taliban in Afghanistan.

While controversial and widely despised in the Muslim world, air strikes may be the most viable option for the US to stop ISIS in its tracks. The alternatives are undoubtedly worse: sending US ground troops which the Obama administration has already rejected, sending arms to the Iraqi army, which itself could prove futile because the weapons could be transferred to Shi’ite militias, or worst, to ISIS militants themselves. The risks of arming the Iraqi government is too high for the US to take.

If the US resorts to using air strikes against the Islamist militants, it will need boots-on-the-ground for intelligence gathering and coordination for pinpointing targets. This is exactly what is lacking in countries where the US is known for using air strikes, particularly by aerial drones. While the US has been successful in eliminating major Al-Qaeda in the Arabian Peninsula (AQAP) figures in Yemen, it has come at the high expense of civilian casualties. This is largely due to the fact that the US has little to no intelligence sources other than the unreliable federal Yemeni government and even less reliable local governments.

Both the US and Iran have been at war with Iraq. However only Iran has security forces inside the country. Following the capture of Iraq’s 2nd largest city Mosul, the Iranian government deployed elite forces from its infamous Iranian Revolutionary Guard Corps (IRGC). The 150-man unit will help Iraq’s floundering security forces, as well as protect Shi’ite holy shrines in Najaf and Karbala, which ISIS has pledged to destroy. If the US opts to conduct air strikes in Iraq, it is imperative that it coordinates with Iranian security forces in order to avoid civilian casualties, like those in Yemen. Not only does Iran have the region’s most powerful army, but it has advanced intelligence-gathering technology. Like the US, Iran now has surveillance drones which it could likely use in Iraq.

The US and Iran are united in their desire to eliminate radical Islamist militants in the region. Although Iran supports the Bashar al-Assad regime in Syria which the US opposes, both states have an interest in protecting the 300-mile border that the Nineveh province in Iraq shares with Syria, which now is largely controlled by ISIS militants. ISIS’s ultimate goal is to create an Islamic state within Syria and Iraq, and there are already reports that it has destroyed much of the border between the two countries. Neither the US or Iran want to see them succeed.

Relations between the US and Iran have significantly improved since the election of the moderate cleric Hassan Rouhani last year. Failure to break an impasse in the nuclear negotiations could reaffirm each country’s distrust toward one another, whereas reaching a deal could encourage rapprochement and corporation on mutual security issues in the region, like Iraq. As it stands, the US continues to be the “Great Satan” for many Iranians. And for Americans, Iran continues to be an anti-Western state with aspirations of wiping Israel off the map. Reaching a historical nuclear deal could change all that.

A nuclear deal with Iran is not only necessary to resolve the crisis in Iraq, but also to sustain Iran’s expansion of social freedom under Rouhani. During a healthcare insurance conference, Rouhani criticized religious hardliners for their increasing push to more strictly enforce the Islamic dress code that has wavered under his leadership, telling them to not “…interfere in people’s lives so much, even if it is out of compassion. Let people pick their own path to heaven. One cannot take people to heaven through force and a whip”. A few days later he responded to his critics by affirming that a religious government is good for the country, but not a “government religion”.

His statements shocked Iranians, both on the right and the left. Never since the founding of the Islamic Republic has a president ever been so bold as to suggest reforming the government. However Rouhani feels empowered by the progress in the nuclear talks that former presidents Mahmoud Ahmadinejad, Mohammed Khatami and Hashemi Rafsanjani failed to make. Under these presidencies, sanctions against Iran only worsened; inflation skyrocketed, the price of oil rose, medicine, aviation parts were among the imported goods that became unattainable.

“Rouhani’s statements shocked Iranians, both on the right and the left”

In this past year alone not only has Rouhani managed to lift some sanctions by his display of willingness to work with foreign powers over Iran’s nuclear program, but relations with the international community have also improved. The nuclear talks provide Rouhani with a strong position over religious hardliners on domestic issues. Deterioration of the talks could jeopardize Rouhani’s push for more social freedom such as relaxation of the Islamic dress code and access to the Internet, and strip him of the leverage he currently has over the hardliners.

Brokering a nuclear deal is not only crucial for Rouhani, but also for the US. A more liberal Iran legitimizes efforts by the US to work with the Islamic Republic on issues like the ongoing Iraqi crisis.  It also relieves Obama of the pressure by Israel to strike Iran militarily; the Rouhani presidency is remarkably less easy to portray as a scary boogeyman to the American (and Israeli) public than Ahmadinejad. The US can concentrate its focus on promoting a two-state solution between Israel and Palestine instead of addressing Tel Aviv’s security concerns with Tehran. Most importantly, a more liberal Iran follows US foreign policy goal of spreading social and political freedom throughout the region. It also gives Washington one more potential partner to work with in an ever seeming crumbling Middle East.

There is a lot riding on the outcome of the nuclear negotiations for both the US and Iran, and it is more than just the threat of a “nuclear Iran” and Iran not exercising its right to enrich uranium. The future of Iraq is on the line, as is a less restrictive Iran. Both are crucial for promoting stability in the Middle East, a top priority for the US. However Obama is in a stronger position than Rouhani in pushing for brokering a nuclear deal. If Rouhani concedes anymore it will make his administration look weak, and subservient to the Western powers. His opponents, nonetheless the Iranian public would likely reject such a deal.

But if Obama were to accept some of the Iranian negotiators’ demands, it would be seen as a pragmatic move and a display of a genuine desire to end the nuclear crisis once and for all. It would strengthen the Rouhani administration, and allow for greater reform within Iran. There will be undeniable blowback on both sides for any nuclear agreement made—but there is too much at stake this time around to allow the nuclear talks to collapse, yet again.