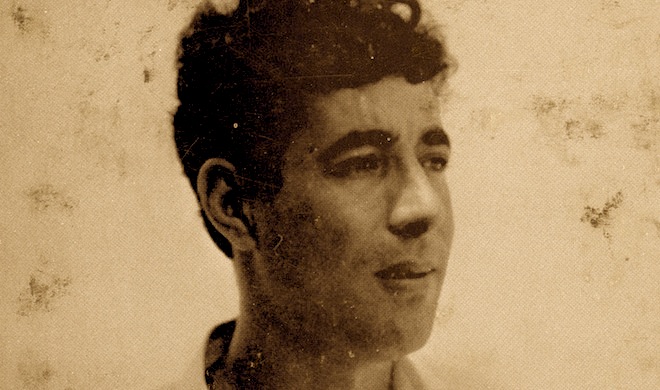 "How can my poems not become guns?" Famous words by Palestinian poet Rashid Hussein. In this thought-provoking article, we follow in his footsteps to understand what it means to be and live as a Palestinian without Palestine.

New raids, new arrests, new checkpoints, new settlements… It is an Israeli-Palestinian pattern we’ve been witnessing for decades now. So often, one comes across the writings of the greats; Edward Said, Rashid Khalidi, or Mahmoud Darwish, written ten, twenty, thirty years ago. And yet – the lines, the thoughts feel so fresh, so accurate, so now. It’s like the people of Israel and Palestine are stuck in a time travel booth always leading to the same place, fooled by the idea that they are moving and this time they might actually get somewhere else.

Among many great Palestinian exiled writers, there was one who knew that feeling particularly well. In the poem On Fifth Avenue he greeted me, dedicated to Rashid Hussein, Mahmoud Darwish wrote:

He drank nothing of the coffee

Rashid Hussein (1936-1977) was born in Musmus, Palestine. He published his first collection in 1957 and established himself as a major Palestinian poet and orator. He was the first celebrity poet to appear on the Arab-Israeli stage, other poets called him “the star“, he showed them it was possible to write about “human things“ – bread, hunger, anger. Although loved and respected by many, deep down Hussein was a tortured soul. As Darwish wrote in the verses above, Hussein’s colour of choice was black.

All of his life, Hussein desperately wanted to be accepted by the Israeli Jewish society, he wanted to connect the Palestinians and Israelis. In Life after Baghdad: Memoirs of an Arab-Jew in Israel, 1950-2000,  Sasson Somekh writes: “Rashid was a pleasant, tall, dark, and affable young man. During the months he spent in Tel Aviv he became friendly with many of the city’s writers and journalists.“

Indeed, Hussein initiated poets gatherings and became friends with many Israeli writers. But the change wasn’t coming easily. His poem The locked door, recited during one of those gatherings, was dedicated “to my Jewish friend who asked me – why don’t you describe the Negev and kibbutz and moshav in your poetry?”:

And the Negev and the Yarkon that drapes its sands as a gown.

But you have forgotten, my brother, that you have locked me out.

Do you want me to be a lying clown?

You’ve locked me out.

Hussein was dedicated to the Palestinian cause, he wanted his Israeli friends (and all other people) to understand what it meant to be and live as a Palestinian without Palestine. In one of his most famous poems, Without a Passport, he wrote:

I was born without a passport

and saw my country

So I raised a country

I tended to the trees therein

I learned how to write poetry

to make the people of my village happy

Hussein married a Jewish woman and went on to live in New York. Living in exile, he started to drink a lot and his life was soon in ruins. He tried to change the minds of his Israeli friends, but it seemed like there were some people in Israel who feared the Arab friend more than the Arab terrorist. In his poem Opposition, he tried to explain how hard it is to not call for violence and not fight back the same way:

I am against my sister learning weapons drill

After the burning of my land

How can my poems not become guns?

Hussein tried to make sense of his life far away from home, but kept on spending the money and – drinking. “It seems telling that almost everyone who writes or talks about Rashid mentions food and drink, and in particular his almost desperate need to shower with edibles all those he loved,“ writes Adina Hoffman in her book My Happiness Bears No Relation to Happiness: A Poet’s Life in the Palestinian Century (biography of another great Palestinian poet, Taha Muhammad Ali).

She adds: “He seems to have possessed an uncanny gift for making each of those around him feel his confidant in an instant, as many of his friends were also driven by the need to try and protect him – most pressingly, from himself.“

And really, he was so vulnerable, and his young life (at the age of 41) ended in vain. Hussein died alone in New York. His friend, I.F. Stone, said he died of the disease called “homelessness.” He was buried a week later in Musmus and his funeral was attended by thousands of Palestinians.

Hussein’s experience is not an isolated case, and his blackness is not his own. Although they lived different lives and were totally different characters, Taha Muhammad Ali, also a great Palestinian poet, shares the pain and void felt in Hussein’s poems. In one of his poems, Taha wrote:

the price of a bullet

no relation to happiness.

Ali’s writing was never as direct as Hussein’s and his sadness and anxiety were more subtle when it comes to naming Palestine or Israel. But those emotions are there, just like in one of the last verses of Darwish’s On fifth avenue he greeted me:

Moving to the outside

In this orange day

The dark and vague inside?

All of these poems were written three or four decades ago, some even half a century ago, and yet, there is still no great leap forward, no space that allows us to feel we’re looking at the past, without seeing the present reflected in it.  A blast from the past is something that suddenly and strongly makes you remember a previous time in your life. Most of these works were written before I was born, but I feel them as blasts from my past, spilling over the present.

But the time has passed, and decades are behind us, and that is what makes the Israeli-Palestinian conflict such a tragedy. Time didn’t heel all wounds, it just made them bigger. Those wounds – they grow like children grow – are sensitive, absorbing, taking everything in. And those wounds remain neglected, approached only by superficial solutions, as if a band-aid can stop an internal bleeding.