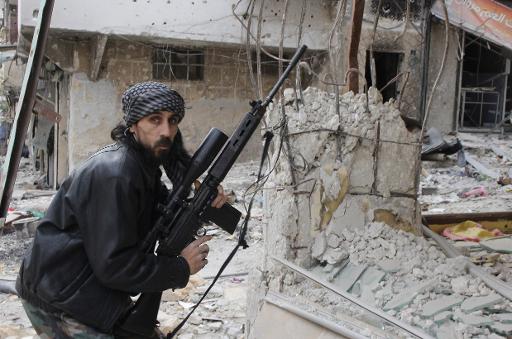 A decision by Syria’s opposition government to sack the military command of the rebel Free Syrian Army late Thursday over corruption allegations has been reversed by the National Coalition chief.

A statement from the opposition government said its head Ahmad Tohme had “decided to disband the Supreme Military Council and refer its members to the government’s financial and administration committee for investigation”.

The decision came amid widespread reports of corruption within the ranks of the FSA, which is backed by Western and Arab governments in its battle to overthrow the regime of President Bashar al-Assad.

It called on “revolutionary forces on the ground” to set up within a month a new defence council and fully restructure the rebel army’s command.

But hours later, the Syrian National Coalition led by Ahmad Jarba said in a statement the “head of the interim government has exceeded his powers”.

It said it had decided to “instruct the General Council to comment on this abuse of power at its next meeting and to take the appropriate action”.

The next General Council meeting will be in Istanbul from July 4 to 6.

“This crisis reflects the conflict in the coalition and is in a regional context. Qatar supports the government of President Ahmad Tohme and Ahmad Jarba is close to Saudi Arabia,” a senior coalition official told AFP, on condition of anonymity.

The official said Jarba must stand down at the next council meeting because he cannot serve more than two terms.

“He wants to prepare to keep control. It seems he plans to form a High Council of the Syrian Revolution, a military body which he will chair and will have no relationship with the opposition government,” he added.

In order to do so, the official said, Jarba would demand a vote of confidence and a new government chief, and Tohme decided to pre-empt the move.

The request coincides with rising unrest in Syria’s neighbour Iraq where Sunni militants led by the jihadist Islamic State of Iraq and the Levant (ISIL) are battling the government.

ISIL, which aspires to create an Islamic state straddling Iraq and Syria, has spearheaded the lightning militant offensive that has already captured swathes of territory north and west of Baghdad.

On Thursday, ISIL reportedly bolstered its presence in the Syrian town of Albu Kamal on the Iraqi border, a day after Al-Qaeda’s franchise in Syria, Al-Nusra Front, pledged loyalty to the group there, giving it control over both sides of the frontier.

ISIL and other Islamist fighters in Syria are better armed and financed than the FSA, which has been pleading for greater support from the international community.

Since the Syrian conflict erupted three years ago, the United States has provided “non-lethal” support to the moderate opposition trying to oust Assad.

About $287 million in mainly non-lethal support has been cleared for the rebels since March 2011, and the CIA has participated in a covert military training programme in neighbouring Jordan for the moderate opposition.