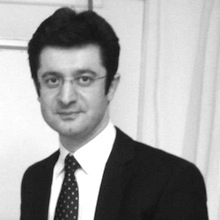 In the wake of the current crisis in Iraq, the question of independence for the Kurdistan region has gained momentum. This is, in part, due to the further weakening of the already weak Iraqi state. The larger regional context plays into the picture, as well, writes Idris Ahmedi.

Turkey’s relations with the Kurdistan Regional Government (KRG) has been transformed from years of hostility on the part of Ankara into incremental and expanding cooperation; the Syrian state  is crumbling as a result of the ongoing civil war; and Iran, while holding sway over Iraqi politics and possessing capabilities to destabilize the Kurdistan region, is still in a tenuous position due to international sanctions. These factors have indirectly contributed to bringing the question of Kurdish independence to the fore.

On a more fundamental level, however, the saliency of the issue is the product of Kurdish efforts and, in particular, the president of the Kurdistan region, Masoud Barzani.  He has called for a referendum on independence.

Unlike the Kurds in other parts of Kurdistan – in Iran, Syria, and Turkey – the Kurds in Iraqi Kurdistan have had the opportunity since 1992 to build institutions and forge relations with the outside world to further their interests. A rudimentary form of democracy, a circumscribed but evolving liberal climate, an expanding public sphere, relatively functioning governing institutions, and a form of security that stands out in a regional perspective, have facilitated the rise of a Kurdish entity in Iraq that is a state in all but name.

Having returned from Iraqi Kurdistan after one month’s of stay there, almost everyone I spoke with held high hopes for the realization of Kurdish independence. This makes the outcome of any referendum predictable. At the same time, I sensed a sober awareness – even among ordinary people – of the external constraints on the region and the KRG, were they to opt for independence.

A handful of intellectuals and politicians I spoke with even expressed a sense of puzzlement over why the president of the region is talking so much about independence without going the extra mile and actually declaring it. Raising the issue of independence without acting on it could do more harm than good to a legitimate and long-time political aspiration among the Kurdish people, they opined in private.

The Kurdistan region is landlocked. This would not in itself constitute such a grave problem were it not for the fact that it is surrounded by hostile states. The geopolitical, or rather geoideological, environment is not conducive to Kurdish independence. Prevailing definitions of Persian, Turkish and Arab national interests – among dominant elites as well as on a popular level in the surrounding countries – are inimical to Kurdish nationalism. Adding the (im)balance of power between the Kurds and the surrounding states to the equation, the most significant hurdles to Kurdish independence become all too evident.

Even if the president of the region were to declare independence, Kurdistan could not survive unless at least one of the neighboring states decides to live and cooperate with it. The prospects for such a scenario appear bleak.

While developments in Turkey – both with respect to changing attitudes toward the KRG and recent years steps toward a peaceful resolution of the Kurdish issue – have been noteworthy, the prospect for a fundamental shift in Turkish-Kurdish relations at large remains uncertain.

The moderate Islamist ideology of the ruling Justice and Development Party (AKP), which is tolerant of ethnic diversity as long as it is subordinated to the vision of a unitary Turkish nation-state, has in part facilitated a policy reorientation toward the Kurdish issue inside the country and in relation to the KRG. Nevertheless, the crux of the matter is that the peace initiative by the AKP-government has remained elusive.

It goes without saying that in the absence of a peaceful and just resolution – and not merely a settlement – of the Kurdish issue in Turkey, any shift in Turkey’s strategy toward Kurdish nationalism and, by extension, the KRG is unlikely. Kurdish nationalism, inside Turkey as well as in neighboring states, is still defined as a threat to Turkish national interests by rulers in Ankara.

“The peace initiative by the AKP-government has remained elusive”

At the same time, Turkey’s quest for “strategic depth” in the Middle East and its need for energy to maintain its unprecedented economic growth in an energy unstable environment have mandated a pragmatic approach toward the KRG. Needless to say, Turkey’s policy toward Kurdish nationalism and Kurdish actors is complex.

Ankara’s policy reorientation is as much about obtaining cheap energy from the Kurdistan region, as it is a dual balancing effort against the Kurdistan Workers’ Party (PKK) internally and Iranian power and influence in Iraq. At the same time, Turkey pursues an agenda of making the KRG dependent on Ankara – as it provides its lifeline to the outside world. Through this delicate balancing act, the AKP-government hopes to contain Kurdish nationalism internally and externally alike.

Even if one were to assume that the AKP-government would acquiesce to Kurdish independence for Iraqi Kurdistan, the ruling party could be replaced with other parties that are less accommodating or even hostile toward Kurds. In their pursuit of retaking power from AKP, the Republican People’s Party (CHP) and the Nationalist Movement Party (MHP) have become strange bedfellows. They have put forward a common candidate ahead of the presidential elections. This reality of Turkish democracy and domestic politics must be taken into account.

Syria is no longer in any position to devise any consequential policy toward the KRG – if it ever was even prior to the rebellion. The remaining significant regional power capable of preventing Kurdish independence is Iran.

ALSO READ Erbil is booming but returning Iraqi Kurds don’t get jobs. A recipe for protest?

Iran’s strategy toward Iraq is complex. Tehran’s two most important objectives are to prevent the re-emergence of a strong Iraqi state, as well as to contain Kurdish nationalism. To this end, Tehran has tried to maintain a balance of power between Iraq’s ethnic and religious communities and political actors. Iran has therefore tolerated the KRG, providing it limited cooperation at some points, coercing it to act in its interests at other points.

However, Iran’s strategy toward Iraq harbors a tension, if not a contradiction. Iran promotes sectarianism and is fearful of democracy in Iraq. The Islamic Republic of Iran wants elections without democracy at home as well as in Iraq, while making sure that the Sunnis do not gain power. This reflects the two ideological pillars of Iran’s strategy: Persian nationalism, on the one hand, and Shiite theocracy, on the other.

The unfolding crisis in Iraq in part reflects this contradiction inherent in Iranian strategy. Its unintended consequences have been a strengthening of the KRG vis-à-vis Baghdad, as well as boosting the Kurdish leadership’s desire for independence.

Iran’s way of dealing with the fallout of its contradictory strategy has been twofold. On the one hand, it has tried to shore up the Maliki government by providing it with advisors, weapons and manpower to push back the Islamic State (IS). On the other, Iranian officials have issued warnings to the KRG regarding its desire for independence. Little wonder, then, that a KRG-delegation visiting Tehran in July was received by an Iranian official dressed in military uniform.

“Iran promotes sectarianism and is fearful of democracy in Iraq”

Given these realities, independence for the Kurdistan region seems highly unlikely for the foreseeable future. The Kurdish elite and intelligentsia, but also the public in Iraqi Kurdistan, are mindful of these realities. So the question remains why Barzani raises the issue of independence.

Most likely, a number of factors are at play in this regard. Independence has become an option given the geopolitical upheaval in the region at large, but also, and perhaps more important, against the backdrop of the absence of genuine democracy and federalism.

In Kurdistan, I witnessed a widespread sense of indignation with the current federal system and the constant haggling with Baghdad. A rather curious situation has emerged that might be termed as de facto federalization without federalism in Iraq; that is, a precarious system of government without an ideological commitment to power-sharing and respect for diversity via predictable institutional venues on the part of the ruling elite in Baghdad. Raising independence could therefore serve as a bargaining chip in any future dealings and negotiations with Baghdad once the current crisis is resolved.

On a personal level, President Barzani seems to entertain the idea of becoming the embodiment of the public articulation of Kurdish independence – now and in historical memory. His past rhetoric is an indication of this, as well.

Relatedly, it could also be the case that Barzani calculates that raising the issue would be a way of establishing facts on a mental ground, so to speak, for the prospect of Kurdish independence down the road.