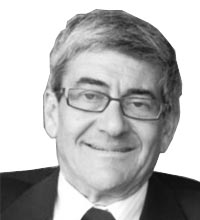 My Palestinian colleague Abdalhadi Alijla is angry, very angry, judging by the contents and tone of his tirade against Israel. A cynical view of it is along this line of ”what is new?”, Israel has always been the bogey man of Arabs in the Middle East.

Blame Israel for all troubles, such as poverty, dictatorship and decay, and save the great Arab nation. Has been like that, but no more. Many Arabs, in Egypt, Saudi Arabia and elsewhere in the Middle East blame Hamas this time, not Israel.

Many other Arabs simply show no interest, and who can blame them? They are tuned to the stories of the REAL genocides which take place, in Iraq and Syria, for example.

They are angry about that, very worried that the Sushi war (Sunni vs. Sh’ia) will come to their doorstep and soon, and while so many in the region are muamara-oriented (conspiracy in Arabic), this time they do not blame Israel. This is a novelty, a significant one which will be discussed later in this piece.

So, is Abdalhadi Alijla angry about that? Maybe he is angry that Hamas will not be able to fulfill its plan and attack Israel in the coming Jewish new year, sending thousands of fighters through the tunnels of death which were erected by them with the one aim of killing Israeli civilians, ONLY civilians and many of them.

Surely, Abdalhadi Alijla is angry about the many casualties in Gaza, including civilians, women and children. THIS is serious, THIS is sad, and I for one do not doubt the sincerity of the anger. This too is an issue to be fully addressed later in the article.

Reading Abdalhadi’s piece convinced me that he, like many other Palestinians, Hamas in particular, have a simple so “logical” doctrine about Israel, which is as follows:

First, say and write in your binding covenant, that Jews have no right to live in Palestine, which is an Islamic Waqf. Therefore there cannot be any Jewish state there.

Second, attack Israel from Gaza as of 1948 (Gaza was NOT under Israeli control then, it was under Egypt)

Third, get Gaza under your control in the Oslo Accords of 1994, but DO NOT invest even one cent of foreign aid (and billions of it poured to Gaza since then until now) in building houses for refugees and improve life conditions for all people, instead buy and produce rockets to hit every possible place in Israel.

Fourth, reassert your control in Gaza after the total Israeli evacuation in 2005, but again, instead of taking that opportunity and doing in Gaza what peaceful people should do, i.e. build schools, roads, factories and houses, they ruined the greenhouses left by the former Jewish residents, because they will not use Zionist vegetables. Then they declared a Jihad against Israel, kidnapped an Israeli soldier (Gilead Shalit), and while doing all that, expect Israel to sit idly by, welcome the threats and actual rockets, pretend it is just a blessed rain and do nothing.

Well, this is how far Abdalhadi Alijla is detached from real life, how much he is rooted in a fantasy world, believing that the Palestinians can do whatever they want, and then complain when those in the receiving end, namely Israel, simply do not play this game.

More importantly than Abdalhadi Alijla’s total separation from the real world, is that of Hamas and its leadership. After all, they are the ones who call the shots. In short, as Abdalhadi Alijla likes to use Jewish symbols (King David and his skirmish with Goliath), may I suggest another one: that the Israelis are really guilty of the ultimate Chutzpah, how dare they not behaving as sitting ducks, and instead responding to Hamas’ aggression?

“They say that they have the advantage over Israel, because they cherish death, whereas the Jews prefer life.”

So, context, order of events, facts, rather than fiction are required here, and briefly so. In 1948, the Grand Mufti of Jerusalem declared the ALL-Palestine government in Gaza. Who stopped it from being an independent Palestine? Not the Israelis.

After 8 years of ongoing terror attacks from Gaza, claiming hundreds of civilian Israeli lives, Israel occupied Gaza and returned it later due to combined American-Soviet pressures. Who stopped it then from being an independent Palestinian state? Not the Israelis.

In 1964, Ahmad Shukeiry with Egypt support established the PLO. Who stopped the Palestinians from establishing an independent state then? Not the Israelis.

Later came the real Israeli occupation in the war of self-defense of 1967. That was an occupation, the result of Arab-Palestinian aggression, but then came the Oslo Accords of 1994, and the GAZA-first approach. Arafat fought Hamas, or vice versa, the Palestinian civilians suffered, and while the Palestinian Authority (PA) became the largest recipient of foreign aid money per capita in the world, the poor Palestinians saw nothing of that.

The intifada of 2002-2003 was conducted to a large extent from Gaza, including the horrific massacres of hundreds of Israeli civilians, and yet in 2005, Israel left Gaza lock, stock and barrel. It was the historic opportunity for the Palestinians to start building, start doing good to their own people, but no.

Here is what Abdalhadi Alijla do not want the readers to know. Only after 10 months of Hamas attacks from Gaza on Israel, did Israel impose a partial siege on Gaza. Exactly what any other country would have done under these circumstances, not in violation of international law and in line with its needs of self-defence.

If there was a siege there, and there was not, it was because Egypt closed on occasions the border crossings, and at any rate, Israel always allowed humanitarian shipments to Gaza, including building materials, which we know now, were used to build the death tunnels, and also mansions for the leaders in Rimal (on the coast), and sophisticated bunkers under hospitals and schools.

There were two previous rounds in 2009 and 2012, because Hamas initiated them, and because in these two instances, Israel failed to first, achieve reasonable ceasefire terms, and second, to insist in real time on exacting a price from Hamas, when they started violating even these. And that brings us to the current round.

Let me start by saying from the bottom of my heart, as a father and grandfather, as a human being, for me every person is like the entire world. This is what Jews believe in, what most Muslims do as well, but NOT the Hamas leaders. They say that they have the advantage over Israel, because they cherish death, whereas the Jews prefer life.

Here is an accusation that makes me more than ever proud to be a Jew. Here is what Sami Abu Zuhri (Hamas chief spokesman) declared on Hamas TV; “Hamas leaders seek martyrdom. You (Israelis-J.O) scare us with what we love’’(death-J.O), well easier said than done, when you are underground.”

That said, it is my firm opinion that any incident in which civilians were killed in Gaza should be investigated by the IDF and conclusions taken if need be. I do not expect Hamas to do it, and what the Israelis should and already are doing about that does not depend on reciprocity on the part of Hamas.

However, here is what the BBC (not a Zionist station…) has to say about Hamas claims regarding numbers and identity of casualties in Gaza; 709 men in ages over 18 were killed in Gaza (not a final count) as opposed to 237 women, a clear indication that these were fighters, and not innocent civilians targeted by the IDF.

Moreover, 226 Hamas fighters identified by name are considered by Hamas as innocent civilians. Beyond that report, it is known, as Hamas itself admitted, that they executed scores of so–called traitors, and still listing them as civilian casualties, allegedly killed by the Israelis.

An on-going research done in Israel by the ITIS already shows that Hamas uses names of casualties from previous rounds of fighting (they need to improve their propaganda…) and with all this TRUE data, it is clear, that the actual numbers of innocent civilians, whether women or children, are dramatically lower than Hamas propaganda, and that given by Abdalhadi Alijla tell us.

And what is also missing in this propaganda is the undisputed proof provided by Finnish TV, France 24 and other outlets, showing the firing of rockets from residential areas, especially the Shifa hospital.

Yet, the death of civilians is sad, it is tragic, it is something to prevent if possible, and the Israelis are examining exactly this aspect of the situation. My colleague shows no empathy to suffering in the Israeli side, and this is regrettable.

He chooses big words, like Genocide. Really? Gaza’s population today is 1.8 million, 4 times bigger than what it was in 1967! Genocide? Ethnic cleansing? Not at all, but words like that just breed incitement and hatred, and so much of it. A shame.

Still we have a source of optimism. “We’’ means all those who wish Gaza to be a place of peace, rather than an hotbed of terrorism and hatred. It has to do with the important emerging Israeli-Egyptian cooperation about a future solution in Gaza.

Here is a message to Hamas: when Israel and Egypt cooperate, you are the losers…simple geopolitical equation. But the Palestinian population in Gaza should not be the losers. Judging by reports from there, so many of them wish Hamas to stop trade imagined “victory” with their blood.

This is a new development, one that Egypt, Israel, Saudi Arabia, Jordan, the PA, as well as the international community should encourage. The signs are that it is discussed, can and hopefully will happen. I personally pray for that. What about you, my esteemed colleague Abdalhadi Alijla?