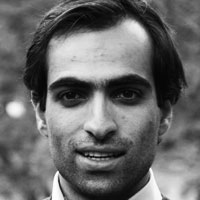 As a direct outcome of the 2008-2009 Israeli “Operation Cast Lead” launched against the Gaza Strip that took the lives of 1.417 and wounded more than 5.000 Palestinians, a United Nations fact-finding mission (the “Goldstein report”) established that Israel violated international law and used internationally prohibited weapons against civilians in Gaza.

In 2012, Israel lunched an assault against the Gaza strip, “Operation Pillar of Defense”, which killed more than 100 Palestinians and wounded hundreds more. International and local human rights groups accused Israel, with evidence, of breaking international law, using disproportionate force and targeting civilians. WikiLeaks have uploaded a document indicating that Israel has deliberately targeted civilian targets in what they call the “Dahiya Doctrine”, which was used in Lebanon during the 2006 war.

“The Gaza Strip has been under siege since 2006”

The Gaza Strip has been under siege since 2006. Israel has control over import and export (which is zero since 2007). Israel left the strip voluntarily in 2005, leaving 1.6 (now 1.8 million) under military control from outside. Israel still controls the register of the population, the sea, the borders and all other sovereignty elements that is needed for calling the Gaza Strip unoccupied territory. It is exactly like someone locked you in a room with no windows except a small one on the top of a wall and pointed gun at your head, telling you, “you are free now!”

Early July, Israel launched “Operation Protective Edge” against the Gaza population. The operation’s goal was, as stated by many Israeli politicians, to stop Hamas from firing rockets at Israel. However, after a week of restless killing of civilians, children, women and elderly, Israel changed the goal into destroying the tunnels of Hamas in the Gaza Strip.

Changing the goals did not stop at this point; they went further and claimed that the aim was just to create deterrence against Hamas. They did not stop there, but other politicians and army generals said that, according to the Israeli writer Gideon Levi, the operation might turn into Operation Peace for the Galilee. Even though this option seems unrealistic, it shows that Israel’s colonial and expansionist mentality prevails on peacemaking and live-and-let-live.

Furthermore, staying in Gaza or keep attacking Gaza for years will achieve nothing but bloodshed and more murder of children and women. The changing of goals of the Israeli operation and the hysterical statements by Israeli officials clearly show that the aim of the operation is not to create deterrence but to destroy the Palestinians in Gaza; humans, infrastructure and buildings. More than 1.800 Palestinian civilians were massacred while only three Israelis were killed. It is a genocide.

As a record of the 2008-2009 assault and the next two wars, including the ongoing one, the Goldstein report, and reports from organizations such as Amnesty International and Human Rights Watch are of importance. However, it has had no appreciable effect on the Israelis since they are supported by the United States and most recently, the UN has adopted the Israeli narrative.

Ban Ki Moon alongside the American president recently asked Hamas to release an Israeli soldier that Israel allegedly claimed that Hamas had captured during an operation inside Rafah city. Israel in response killed more than 205 civilians in Rafah and destroyed hundreds of houses. The day after, Israel confirmed that the soldier was dead, and he was not abducted.

Even the UN Security Council can’t take real steps to stop the genocide and do its job. In the last three assaults against the Gaza Strip, the majority of UNSC calls have been for a general cease-fire and not enforcing Israel to stop its crimes.

The Israeli carnage is the first full-scale attempt to re-occupy and take over the Gaza Strip after they left it in 2005, enforcing the blockade and making it the world’s biggest open-air prison under the eyes of the UN, EU and the US. The main difference here is that the Palestinians must defend themselves, through rockets and anti-tanks weapons.

However, the power is still incomparable. Besides the hundreds of tanks, artillery, American-made F-16 war jets and bulldozers which entered and attacked Rafah, Shejaia, Bein Lahia and Beit Hanoun, where troops once more set about killing, vandalizing, obstructing ambulances and first-aid workers, cutting off water and electricity, destroying streets and infrastructure such as university and private properties and so on.

For the last seven years of siege, the UN failed to intervene or to protect the Palestinians in the occupied territories; in the Gaza Strip as well as in the West Bank and Jerusalem. Instead, their role was and remains biased to Israel.

Not only the UN backed Israel, but also the EU and the European countries. They have been lecturing the world about human rights, democracy, civil rights and other sweet and rosy concepts. However, they failed to condemn, at least officially, the Israeli attacks and the genocide that been committed in Gaza. Europe has failed the Palestinians as human beings, which have nothing to do with the holocaust, based on which Europe in general, and mainly the United Kingdom, have given away what they do not own, displacing the indigenous people.

As for now, no one is interested in putting an end to the occupation. They are focusing on managing the conflict rather than ending it. This shows that turning the back to the Palestinians’ rights is beneficial for these countries. When Israel is under fire, the whole world starts to be present in the Middle East, including the Secretary of the UN, the secretary of the US and the French foreign affairs minister. None of them have attended, or called, in a serious manner, to stop the Gaza siege and allow the Palestinians in the strip to live as human beings since the Hamas’s victory in the 2006 democratic elections.

I was born in Gaza, lived and am still living the suffering of the occupation. I witnessed the first Intifada, and afterwards the Oslo peacetime, and then the second Intifada. I could not study at the university in the West Bank because the occupation does not permit Palestinians in Gaza to study at the West Bank Universities (nor for the other way around).

“I was born in Gaza, lived and am still living the suffering of the occupation”

I was forced to leave Gaza looking for a better life and education. After this, I witnessed the slaughter of my people, my people’s children and women. I saw the destruction of homes (10.000 in the last month), mosques, public services organizations and hospitals.

Nowadays, I think of my nephews and nieces that are witnessing the horrors and terror of Israel. Their future is not going to be what we hoped it would be. The photos from the Gaza strip and how the children react remind me not only of the injustice and misery, but it predicts the future of that place. Collectively, the Palestinians have been dehumanized, slaughtered and raped since 1948.

In sum, what is happening now in the Gaza Strip is a narrative of indigenous people who love freedom and dignity and reject slavery and oppression. If the United Nations and the super powers did not bring back our rights and protected the Palestinians from the occupier, then the Palestinians have the right to defend themselves, according to the logic of the US and the UN.