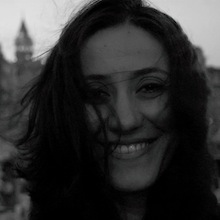 Just before Turkey’s first presidential elections earlier this month, one of the country’s most popular weekly cartoon magazines, Penguen, depicted the winning candidate Recep Tayyip ErdoÄan at a rally. “I will insult everyone and divide you until the elections, but when I am elected, I will be the president of 70 million people,” ErdoÄan says, waving his finger at the crowd.

Opponents of ErdoÄan enjoy these satirical cartoon magazines for their ability to inject some humor and self-deprecation into our political life. Most politicians in Turkey do little of this themselves. In contemporary Turkish political culture what earns credit is to stand firmly on one side and mock the other side. Humor and laughter are generally regarded as disrupting order, as if the only force that holds society together is seriousness.

This is ironic. The Anatolian geography of Turkey has one of the richest heritages of humor in the world. Here, Aristophanes wrote his classic plays. KeloÄlan wandered the valleys of Anatolia, as a Turkish everyman, knocking the socks off the rich and powerful with his wit. This is the land of the mythical mullah, Nasreddin Hoca, an almost Chaplin-like character of his times. These figures were so powerful that their presence is felt across the entire world today.

What has made Turkish leaders today so scared to laugh at themselves?

In more mature democracies, politicians often use self-deprecating humor to gather sympathy and support. Despite some serious faults of its own, the United States is a good example. Since 1920, the annual White House Correspondents’ dinner has brought together the most powerful legislators, leaders and members of the media, to make fun of themselves and each other.

In recent years, leading comedians like Conan O’Brien and Stephen Colbert have hosted the event as US Presidents have sat less than ten meters away, enduring seriously scathing jokes about their failures. They smile as their image is ripped apart then join in with self-deprecating commentary.

During the 2000 Correspondents’ dinner, Bill Clinton starred in a short comedy documentary, President Clinton: Final Days. It featured Clinton as his Presidency came to an end, hilariously bored and lonely. Needing to find new pursuits in life, he packs lunch for his busy wife Hillary, answers the White House phone and figures out how to get free ice cream.

Turkey is the opposite. Since coming to power 12 years ago as the prime minister, ErdoÄan and his Justice and Development Party (AKP) have rarely used humor to smooth the often times hard edges of political debate. Instead they tapped into a psychology of victimization to bond with the poor and socially excluded conservative masses. Traditionally, secular Turkey has excluded us and been condescending to us, they say. Now it is our time to be condescending to the elites and get our revenge. The masses derive pleasure when ErdoÄan uses ridicule against his rivals.

Philosophers have always wrestled with humor’s place in society. In Ancient Greece, Plato argued that laughter should be strictly controlled and not used against authority. In 17th century England, Thomas Hobbes said that humor arises from a “sudden glory” felt when we recognize our supremacy over others. In the 20th century, French philosopher Henri Bergson defined humor as a “temporary anaesthesia of the heart.” He asserted that laughter is used by societies to punish those who step out of line.

Self-deprecation, on the other hand, has some mysterious connection with freedom. It requires reflection and means presenting one’s flaws as the target of a joke. Laughing at oneself is knocking oneself down. When it is done well, it makes a leader stronger by allowing the population to laugh with them.

This type of joy does not characterize contemporary Turkey. It could be that our difficult history has set these conditions. Democracy in modern Turkey has not been very humorous. In ninety years as a Republic, Turkey has witnessed coup d’états in 1960, 1971 and 1980, in addition to a number of soft coups.

The uneasy transition to a democracy has created deep tension between the state and civil society, which still continue. Turkish society is polarized and has a hard time with empathy and open debate. Whoever comes to power develops a tendency to abuse it.

During his candidacy, ErdoÄan clearly expressed that he wants to turn the largely ceremonial post of President into the country’s executive powerhouse. The personality cult created around him and his divisive political discourse will once again leave many Turkish citizens wishing he would supply us with one of the most crucial elements of healthy democracies – humor.