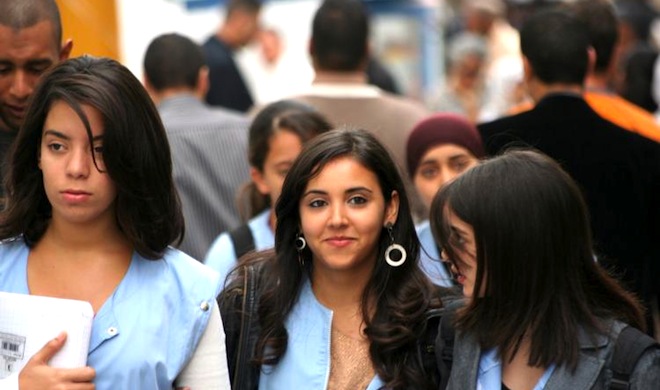 Reforming an education system will not occur overnight, but change is desperately needed in Tunisia. And if it happens in the right direction, big things could lie ahead for this North African country.

As a researcher, what’s the first thing you do when you land in Tunisia, the birthplace of the Arab Uprisings? You talk about politics, of course. My Tunisian taxi driver tells me not much has changed since the fall of Zine El-Abidine Ben Ali. For him, the country has two main problems.

First, corruption holds any state back, in particular those in the Arab and Muslim world, as well as sub-Saharan Africa. Well, that’s pretty clear, but how? You see, hurdles on a racetrack mean people have to jump over them. But when you have bureaucratic hurdles — which corrupt officials are happy to make a buck out of — for basic things such as starting a business, people have to jump even higher.

“In the end, entrepreneurial activity takes a beating”

In the end, entrepreneurial activity takes a beating and modern industries continue to lack innovation. Added to that, when land is siphoned off at a fraction of the price to the benefit of dodgy officials and businessmen, a state’s economy loses out and so do its people. With so many residential developments in Tunisia that have multiplied since 2011, I wonder if they were sold at full market value.

Second, and this is the biggest part to chow down, education in Tunisia and the Arab world is outdated. Those who graduate do not have the skills that industries demand. So, what’s needed? An overhaul of the curriculum to suit the modern, globalized world so the youth and the economy benefit. The youth are the next generation and it is high time that aging autocrats realize that.

For the taxi driver, Tunisia’s education system has been problematic ever since post-independence, when it tried to follow the French model but instead fell flat on its face, incapable of innovating itself. In 2012, Tunisian officials stated that English would be encouraged more in school rather than French, the country’s second language after Arabic. Two years later, the education system is seeing gradual change as English is being encouraged more, alongside Arabic and French — the best development for the taxi driver.

This initiative actually began under Ben Ali with the British Council. Of course, other areas of the education system need reforming, but language has huge potential in years to come. Why? Well, without trying to sound like an imperial Brit, there are two main ways English can assist the youth in Tunisia.

First, North Africans are some of the most multilingual people I have ever met: Arabic, French, English, Spanish, Italian and sometimes more. They have what many people in Britain and the US don’t have: the ability to speak in languages other than their mother tongue. For industries around the world, North Africans who are this skilled in language — and in other fields — should be a recruiter’s dream. These individuals represent huge potential to work in many sectors, including science, banking and more. With a lack of suitable jobs in North Africa, it is little wonder as to why youth actively search for employment in the Gulf, Europe and North America. The more well-versed they are in English, the better chance the youth have at getting a job in these industries and regions.

Second, a country whose population is well-versed in English could see more investment from English-speaking nations, which would create jobs and boost the economy. It would also empower a disenfranchised youth population that sees no future career prospects. Brain drain is rife in North Africa and it is time for governments to seek solutions.

In fact, as a Moroccan minister stated, English is the language of most international industries. This includes science, banking, technology and trading. While French investment in Francophone countries has been the way forward since nation-states were born, France only represents a fraction of potential foreign direct investment (FDI). Even then, France is no longer the imperial power it once was. The state’s investments around the world have shrunk in recent years. Investment from industries that use English as a first language could view Tunisia as a frontier to tap. Considering that Tunisia’s FDI has plummeted since 2011, along with high unemployment, a stagnant economy and rising inflation, new avenues must be explored by the next government.

At the end of the day, the future of a country will be determined by decisions made in the present. Aside from security and stability concerns, Tunisians want change. From those I have spoken to, education is the first thing that slips off their tongue. Such reform will not occur overnight, as many of them rightfully point out, but for the next generation of youth to see the fruits of the harvest, the right change must be pursued today. Failure to do so will result in the continuation of brain drain.