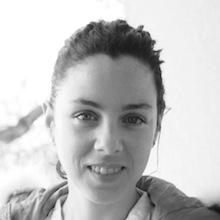 Few analyses capture Turkey’s newly sworn-in president Recep Tayyip ErdoÄan’s popularity as smartly as an image produced by the Isengard Chamber of Commerce (ISO), a Turkish satire page on Facebook.  The image shows Saruman, the evil wizard of the Lord of the Rings with the caption: It is true that he is a thief for he stole our hearts.

The reference to everyday Turkish politics is anything but subtle. Saruman here represents ErdoÄan, who has been facing corruption allegations since last December. The slogan, on the other hand, is the very same one that the supporters of ErdoÄan’s AKP party have been invoking against the allegations.

“Saruman here represents ErdoÄan, who has been facing corruption allegations since last December”

Satire, particularly in the form of cartoons, has long been a part of both the Turkish and the Ottoman political tradition. Censorship and prosecution against satire have an equally long history. In 1877 a cartoonist was sentenced to prison by the Ottomans for drawing a cartoon ridiculing press censorship. Since then several cartoonists have been handed down sentences with the familiar charges of insulting the state or members of government.

THE CURRENT POLITICAL leadership is a case in point. ErdoÄan has filed numerous complaints against cartoonists who depict him in a critical manner. His intolerance is in line with Turkey’s shrinking freedom of expression and the notorious media censorship. The country ranks 154th out of 180 countries in the Reporters Without Borders Press Freedom Index.

Given the popularity of social media and the high rates of Internet access among the population, it is only natural that political satire has found fertile ground online. This online humor has its own distinct character. In most cases it is expressed through captions of photographs and stills. The main idea behind the humor is to show well-known public figures, such as politicians, thinkers or even fictional characters saying things that contradict their persona while maintaining a link with the original character in the image.  Philosopher Michel Foucault for instance appears as an AKP apologist while simultaneously citing his discourse theory.

“This is a regulation, not a ban; do not distort the democracy discourse”

The outcome is a challenge to the established or taken for granted political identities and ideologies. The initial images are reproduced and reinterpreted through user comments and sharing. Their meaning changes from user to user and as opposed to traditional print media, we can track these changes. This in turn contributes to a more involved public debate.

UNLIKE PROFESSIONAL CARTOONISTS, the generators of such content do not need to be artists. They are mostly young people who are tired of the predictability and banality of everyday political language and who would like to give it an amusing twist. Turkey’s counterpart to the Onion, the Zaytung website, alongside the ISO, FelsefeasdfghjklÅi and Ä°smetizm pages on Facebook are among the most well-known, widely followed and circulated carriers of such humor. These sites respectively have over 400.000, 50.000, 13.000 and 2.500 likes on Facebook, which implies a considerable followership.

ISO makes Lord of the Rings characters talk politics. Gandalf and Saruman become two competing political leaders. FelsefeasdfghjklÅi overlays the most traditional lines of Turkish political rhetoric with portraits of philosophers. Ä°smetizm, on the other hand, challenges the well-established leadership cult in the country through dialogues between the two founding fathers of the Republic: Ä°smet Ä°nönü and Mustafa Kemal Atatürk.

“Ismet, on your way here why don’t you turn the kettle on”

The humor is not limited to politics and extends to a satire of everyday life in Turkey. Certain “benign twitter trolls”, such as Kursetthoca, Esed KÄ±ratlÄ±gil, PhD and Laikbey, who respectively have over 25.000, 13.000 and 11.000 followers, are also contributors through their politically incorrect tweets that tend to be so out of context that they become amusing.

This particular form of online humor is very similar to the one that took centre stage through slogans and graffiti during last year’s Gezi park protests. In both cases, there is a strong emphasis on the government’s efforts to regulate the private sphere and everyday life. There is also an overt demand for more freedom of expression and a more liberal political regime. Neither the Gezi protestors nor the producers of online satire are typically interested in party politics. In an interview I had with the Ä°smetists and a number of Gezi park protestors, they all described themselves as dissidents. Yet they also all highlighted that none of the political parties appealed to them.

“There is also an overt demand for more freedom of expression”

Most of this humor is lost on the government.  The extensive social media network working for the AKP, the so called Ak Trolls, do not play the same game. Instead they engage in campaigns of misinformation, for instance on the number of participants in AKP rallies, confound the corruption allegations with exotic conspiracy theories and bluntly insult those who dare to criticize the government.

ErdoÄan has already named Twitter as the worst menace to society. Consequently social media bans are common in the country, but users find ways to work around them. When Twitter and YouTube were banned prior to the March local elections, Turkish Twitter users responded by making the hashtag twitterbaninturkey a worldwide trend. The government’s impulse was to strike back with a more repressive Internet law.

NOT UNLIKE THE GEZI park protests, online humor’s potential to contribute to a meaningful opposition movement can be questioned.  Yet this would be an unfair criticism directed from a rather narrow understanding of politics that doesn’t go beyond party politics. Online satire exposes and challenges conventional wisdom and practically compels participation in the public debate. Perhaps it would be fairer to approach the online satirists as unconventional public opinion leaders.

It is important to remember that political activism was redefined as taboo for the post-1980 coup generation. Online satire, just like the Gezi protests, is the Turkish youth’s return to the political space, and on its own terms. Luckily for those of us who follow Turkish politics it is infused with a great deal of good humor.