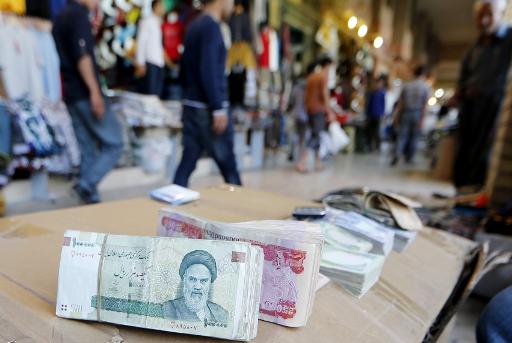 Iranian Foreign Minister Mohammad Javad Zarif on Wednesday accused the United States of being “obsessed” with sanctions against his country, on the eve of new bilateral talks on a nuclear deal.

“We are committed to resolving this issue,” Zarif told a Washington think-tank, but he argued the US was “infatuated” with sanctions and Congress was objecting to any deal “because they would have to lift the sanctions.”

“Iran has shown that we will live up to every agreement,” Zarif argued at a discussion hosted by the Council on Foreign Relations, just hours before the Iranian delegation was to meet in New York with US counterparts for fresh talks.

A senior State Department official confirmed the two sides would meet late Wednesday and again Thursday in New York “as part of the upcoming EU-led P5+1 round of comprehensive nuclear negotiations.”

The full plenary session will open on Friday and the talks are expected to last throughout next week on the sidelines of the annual UN General Assembly.

Zarif highlighted that the “Iranian people are totally distrustful of the United States,” and argued a mechanism had to be found to instill confidence.

The five permanent members of the UN Security Council plus Germany (the P5+1) return to the negotiating table with Iran in New York seeking to scale back Tehran’s nuclear activities to ensure it cannot make a swift dash to produce a bomb.

In return Iran, which denies seeking nuclear weapons, wants UN and Western sanctions lifted, and is pushing for the right to enrich uranium, a process which can produce material for a bomb.