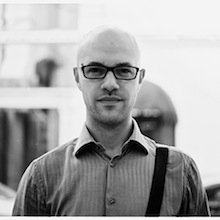 The Lebanese Telecommunications Ministry recently blocked six pornography websites, listed in this communique. Among them was MetArt, which does not actually feature sex acts and seems to deploy a substantial budget for lighting and aesthetics, whatever that’s worth (arguments abound about “tastefulness” in potentially acceptable smut). A Daily Star report cited a source as saying the action came in response to “families” complaining of the “impact on societal decency,” as well as charges of child pornography – this even though most of the hosted content is produced in countries that regulate the industry and in which actors are required to demonstrate legal consenting age (the degree of the veracity of claims that they are, and the obvious willful suspension of disbelief to the contrary duly encouraged by the porn industry notwithstanding).

Stop Cultural Terrorism in Lebanon took to its Facebook page with more or less the right angle on the subject: you may feel strongly about pornography one way or another, but the state has no right to block it without consensus and due process. Fine; no real qualms with that.

But it would be remiss not to see the sudden ban as an opportunity to address at least some of the myriad and complicated implications inherent to the subject. Pornography, like the Lebanese Civil War, is something everyone has an opinion about, and more than likely an emphatic and entrenched one.

The most immediate and obvious problem with a government seeking to limit public access to pornography, the above-mentioned aside, is that the two fundamentally-opposed outcry camps in the public sphere are likely to critically, and very disappointingly, limit their contentions: in one camp, we’ll hear woefully uncomplicated protests against obscenity (shame on you!) and in the other camp we’ll hear woefully uncomplicated protests against being told what’s obscene and what isn’t (don’t you dare shame me!). I, for one, am glad to see the child-porn link in this latest, local eruption because it gives us a great point of departure for finer details typically lost to such debate.

The camp arguing against obscenity and child abuse should first of all consider that they have plunged with reckless abandon into a massive gray area in failing to distinguish between genuine sexual abuse of children – which is quickly becoming, thanks to diligently increased reporting, one of the most pressing human rights issues of our age – and individual citizens with natural and inalienable rights to make decisions for themselves based on their own principles and moral codes, provided they are not injuring others in the process.

To those who would argue that the infantilization of women in pornography leads to increased risk of actual child abuse, I say you’d better do some sweeping closer to your own door, and make sure the dirt you clean up actually makes children safer. The internet is an abstraction; pedophiles are real and they live here among us.

Don’t tell me how to live

It’s interesting that this bizarre story in Lebanon comes on the heels of the celebrity hacking scandal. Writing for Guardian, Van Badham put out a very timely piece stating that looking at the hacked photos of nude celebrities was an active perpetuation of their abuse. Rather hilariously, roughly 1 gazillion commenters quickly retorted that Badham’s article was the first they’d heard of the matter, therefore making her, and the Guardian in general, one of the worst offenders.

Having been true of my experience, as well, it’s a point I find quite tricky to refute. But refuting points is not the point here (pun intended). The reaction piece I wanted to write to Badham’s would have been entitled “Everyone should post nude photos of themselves online,” and the saucier, the better. This is because rights and privacy are not really the essential talking points in the broader scope of sexual controversy in the public sphere: the fear of exposure and the damage that can result is not a function of who looks at what, but rather what people will say.

A friend once told me a bitterly ironic joke: What does a Lebanese woman yell when she’s having an orgasm? “Please don’t tell anyone!” The joke is offensive not because of its subject matter but rather because it plays on a terrible truth underlying social discourse both here and virtually everywhere else: when we talk about morality, most often we’re not discussing means by which to alleviate suffering on any particular scale, what we’re talking about is negotiating the terms of institutionalized shame. Sex (and all sorts of it) was around long before the (largely economic) institution of marriage came along to convince us there were fringe benefits to controlling how it was done and by whom beyond propagation of the species. The violence and exploitation that now constitute a seemingly natural part of our negotiations with this ongoing social contract are almost inevitable today because the devastating consequences of shaming are just beginning to be properly explored.

So as we continue to watch the fallout from the Communication Ministry’s website block and take up our familiar arms against this sea of troubles, and by opposing seek to end them, let’s ask ourselves a fundamental question: what’s really at stake? Are we going to draw little lines in the sands of shame, or consider a different beach altogether?

The article is mirrored from NOW News.