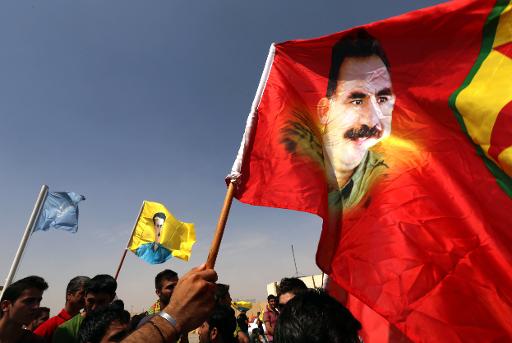 The advance of Islamic State (IS) jihadists through Syria's Kurdish areas has thrown a serious obstacle in the way of efforts to make peace between Turkey and Kurdish militants, just when an end was in sight to a 30-year insurgency.

The outlawed Kurdistan Workers Party (PKK) has for three decades waged a rebellion against the Turkish authorities aimed at winning self-rule for Kurds living in Turkey’s southeast.

The insurgency has claimed some 40,000 lives on both sides but in recent times optimism has increased that a historic end to the conflict could be in sight.

The PKK agreed a ceasefire in 2013 as the ruling party of then prime minister, now President, Recep Tayyip Erdogan offered greater rights to Kurds, partly in hope of their support in elections.

PEACE TALKS RAPIDLY become mired in wrangling, but Turkey’s presidential elections in August, where Erdogan once again reached out to the Kurds, created hope of a breakthrough.

“The insurgency has claimed some 40,000 lives on both sides”

Erdogan loyalist and secret service chief Hakan Fidan has been leading direct contacts with the jailed leader of the PKK, Abdullah Ocalan, who is serving out a life sentence on the prison island of Imrali in the Sea of Marmara off Istanbul.

Still seen as the number one overall leader of Turkey’s Kurds, Ocalan in August declared that Turkey was on the verge of “historic developments” and the “30 year war” was at the stage of coming to an end.

But the advance of IS jihadists has again ripped open the raw wounds between the two sides and exposed the fragility of Turkey’s peace process.

In sharp contrast to his previous optimism, Ocalan issued a new statement this week accusing Ankara of dragging its feet in the peace process.

Ocalan complained that while the Kurdish peace process had stalled, Turkey had been negotiating with IS to secure the release of dozens of its citizens abducted from the Iraqi city of Mosul.

Hasip Kaplan, an MP from the pro-Kurdish People’s Democratic Party (HDP), said if the government does not unveil a roadmap by September 30, then this would signal it does not want to “come to the table with Kurds.”

“The government has fuelled distrust with each step,” he told AFP.

After jihadists closed in on the Syrian largely Kurdish town of Ain al-Arab, known as Kobane to Kurds, some 150,000 mainly Kurdish refugees fled into Turkey.

Yet the situation strained rather than eased tensions, with Ankara fearing PKK militants could grow in size and confidence if they join the anti-IS fight.

THE PKK HAS LONG sniffed a complicity between Turkey and Islamist jihadists in the fight to oust Syrian President Bashar al-Assad, charges Turkey denies.

Kurdish militants were incensed when Turkish security forces at the weekend refused to allow Kurds to cross the border into Syria to join the fight against IS, sparking violent clashes.

“I don’t trust the Turkish government. On one hand it opens the border to welcome us, and on the other hand it is just giving arms to IS,” said Kurdish refugee Ismail Ziravek after crossing the border.

But he said “there are some dangerous groups who want to derail it.”

Going even further than Ocalan, the PKK’s military chief Murat Karayilan, whose forces are based in northern Iraq, said the peace process was now over.

“The government has fuelled distrust with each step”

But he emphasised that Ocalan – known to Kurdish militants simply as “Apo” (uncle) – “has the final say.”

The Kurdistan Communities Union (KCK) – considered the urban wing of the mountain-based (PKK) – meanwhile said that the ruling party was conducting a “war” against Kurds.

BUT ANALYSTS SAID that the PKK and the KCK’s hardline positions were not representative of all Kurds, who make up an estimated 20 percent of Turkey’s population.

“The KCK’s statement should be seen as an ultimatum to Turkey to force it to provide assistance in Kurds’ fight against the IS. Nothing more,” said Sinan Ulgen, visiting scholar at Carnegie Europe in Brussels.

“There is still little support for a return to violence within the Kurdish political movement,” he said.

Soner Cagaptay, director of the Turkish Research Programme at The Washington Institute, said he expected the peace process would continue but predicted the PKK would issue threats “in order to secure access to Kobane through Turkey.”