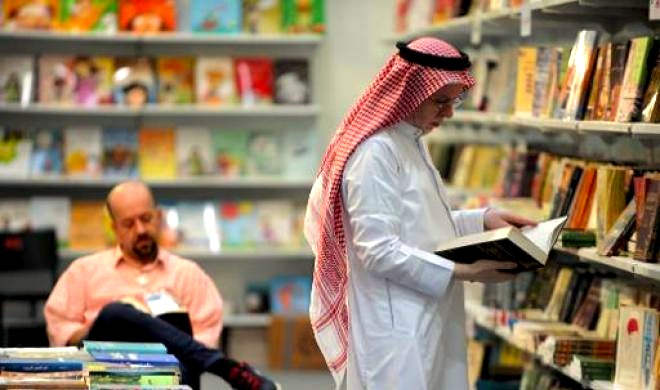 A reader in Washington said that a number of her students have asked where the funny, uplifting Arabic novels are in translation. So renowned blogger @arablit decided to pick some of her (somewhat funny) favourites.

There is certainly no shortage of humor in Arabic writing, from the earliest poems to the present. Indeed, Egypt’s signature regional export has been humor. But funny is a difficult thing to translate. What is hilarious in one context is often head-scratching in another. Jonathan Wright, for instance, admitted he simply removed a joke from his translation of Khaled al-Khamissi’s Taxi because he couldn’t find a way for it to make the leap into English.

He got rid of the Viagra joke, he said, “because I couldn’t see a way to convey the pun on the two aspects of wuquuf, stopping and standing. (The joke) referred to a warning on the packet that read: wuquuf mutakarrir (makes frequent stops), the warning they put on the back of buses.”

Translator Robin Moger and I both found Ahmed Mourad’s Vertigo funny, although some English-language reviewers thought the exaggerated metaphors, which work in the Arabic, strained too far.

Also, it’s possible that fewer genre works (including those that are uplifting, or satiric) make it into English translation, since translation is seen as the domain of the “serious” reader.

Ghada Abdel Aal’s I Want to Get Married! trans. Nora Eltahawy. I think this satiric take on a woman’s search for a husband is funny in Arabic and in English, although I wish there weren’t so many footnotes in the English. (If you don’t know who Nancy Ajram is, that’s okay, you’ll live without the knowledge.) It’s not necessarily uplifting – we don’t all hold hands and sing at the end — but it’s definitely not depressing.

Suad Amiry’s Nothing to Lose But Your Life. Suad is hilarious in print and in person, and while she tackles a serious issue (trying to sneak from Palestine into Israel in order to work as a day laborer), she does it with her characteristic crazy humor. There’s also her Sharon and My Mother-in-law.

Osama al-Dinasouri’s My Beloved Dog, My Old Dog is wonderfully, wryly funny, and when Iman Mersal and Tarek Sherif are done translating it, you’ll need to buy ten copies.

Jonas Hassen Khemiri’s  Montecore, trans. Rachel Willson-Broyles. Montecore is a fun, young book about growing up Arab (specifically, Tunisian) in Sweden. It’s peppered as it is with what must be “bad” Arabized Swedish, as well as examinations of Swedish-language cliches. But nonetheless manages to come out funny in English.

Purely uplifting is harder, but:

Fatima Sharafeddine’s The Servant, trans. the author. This is an uplifting YA novel set in contemporary Lebanon, with a young servant girl as its protagonist.