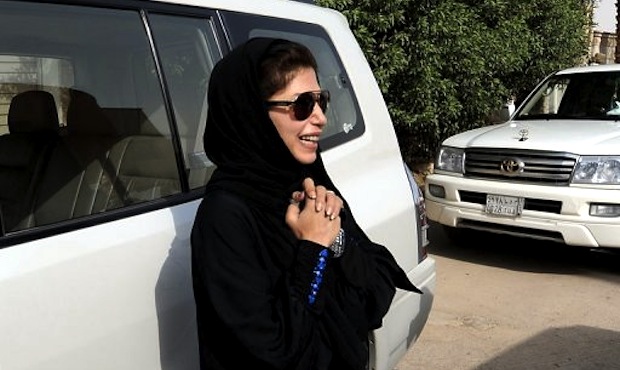 Islamic feminists embrace their faith, culture and tradition while fiercely advocating for legislative reforms and interpretations that reflect a more modern understanding of women's role in society.

A prevailing argument among many groups, including feminists, academics and the press, insists that legal systems in the Middle East codify gender inequalities in accordance with the precepts of Islam. Islamic law is threaded throughout many justice systems and constitutions in the Middle East, as these legal codes and constitutional laws often mesh a civil law of the European model with shari’a principles.

Inarguably, many of these legal systems fall short of internationally recognised safeguards against the discrimination of women, as outlined by the UN and other organisations advancing human rights through international legal frameworks.

One of the shari’a principles, qiwama, or the male’s authority over the woman, is cited as the underlying framework behind this unequal legislation. Family law and personal status code, critics argue, are often the most demonstrative of these imbalances.

At the same time, there are those who argue the opposite: that Islam is not the root of gender inequality. Calling themselves Islamic feminists, they advocate for progressive law and women’s rights.

“There are those who argue the opposite: that Islam is not the root of gender inequality”

Instead of pointing to Islam as the inherent root of female discrimination, Islamic feminists identify state actors or elites as the culprits—leaders who manipulate Islam for their own politics ends, often oppressing large segments of society, including women, in the process.

Islamic feminists embrace their faith, culture and tradition while fiercely advocating for legislative reforms and interpretations that reflect a more modern understanding of the woman’s role in society. They do not seek to eliminate Islam in the civil sphere; in fact, they argue that their fight for women springs from their faith.

“Feminist scholarship in Islam as in any other religious tradition has a lot to offer to both the understanding of religion and the search for justice. Women advocating Islamic feminism assert that shari’a principles like qiwama could have several different interpretations, yet throughout history male elites have used and interpreted the law in a perversion of justice for their own ends,” Ziba Mir Hosseni, one of the foremost Islamic feminist scholars, explained.

Islamic law can be traced back to the Prophet Mohammed arriving to Medina around 622 AD. Since the Prophet’s death, authoritative interpretation, or itjihad, of texts like the Qur’an and the Prophet’s words from the Sunna has been the method for developing Islamic law. This has given birth to four schools of thought on Islamic law in the Sunni tradition — Maliki, Hanafi, Shafi’i and Hanbali — and numerous as well in the Shi’a tradition.

How do Islamic feminists seek to reform? Well, through a variety of avenues, including legal codes, bureaucracy, legislation and the justice systems, and work to put barriers against female discrimination in place. One way is by advocating for judicial interpretations from legal schools of thought that are more favourable towards the woman’s rights, as Hanbali or Maliki interpretations are often cited in the woman’s favour.

One example of a mechanism that they might attempt to put in place is a federal law mandating the minimum marriage age for a female, so that a more traditional judge would be constrained from exercising his own judgement allowing an unduly young girl to be married.

This approach to feminism is challenged in many ways by its critics. One of the claims is that Islamic feminism and its attempts to reconcile Islam and feminism detracts from a larger feminist movement and dilutes the ability to effect change more successfully and rapidly.

However, another prominent Islamic feminist scholar, Leila Ahmed, explained that “feminists of whatever religion or religious background have always fiercely debated the key sources of women’s oppression. Is it patriarchy, religion, racism, imperialism, or class oppression, or some very lethal and toxic mix of all of these? Feminists have also thus differed on the solutions, as well as exactly whom we must fight first to liberate women.”

And as feminists battle for the rights of a vast portion of the population, it is no wonder their strategies and reasoning are complex and sometimes at odds. Perhaps the rights of women are best dignified by appreciating women’s separate beliefs and respecting their prerogative to pursue their interests and fight discrimination in a way that they feel is truly representative of their identity.

This article was originally published by Your Middle East on April 29, 2013.