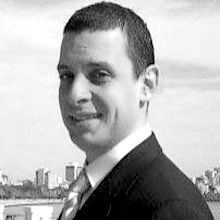 When the first spontaneous spat of the Arab democratic revolutions erupted in Tunisia in December 2010, many were hoping that this revolt might usher a new beginning for the region. When Egypt joined Tunisia a few weeks later, hopes mounted and everyone started to think that the long-awaited moment had finally arrived. This feeling capitalized with the Yemeni revolution and the early stages of the revolutions in Libya and Syria. A new order was anticipated. Nevertheless, the trajectory of the events took things to a completely different direction. Some opted to see the recent slope as a conspiracy while others saw in these events a natural outcome of the ignorance planted by corrupt rulers over decades.

In fact, every Arab, except those who were benefiting from toppled regimes, was happy and hopeful with the so-called Arab Spring and Arab thinkers started to sketch optimistic scenarios for their future. On the other hand, despite initial hesitation of falling in the trap of interests vs. morals, the West ostensibly began to cheer and support these revolts. Even the staunchest critics of the Arab World saw a possible road to the democratic club.

Nonetheless, with the beginning of the armed conflict in Libya, the picture was distorted. That is, people started to question how far violence can justify the fulfillment of democratic aspirations. Similarly, in Syria violence escalated to unprecedented levels as regional and international actors tried to use the Syrian scene in order to counter rival influence, or to find a foothold in our region.

To that end, there were no objections whatsoever against whose hands the money and weapons fell into, as long as Assad’s regime weakened and as long as they maintain some sort of leverage in the ongoing action in Syria. This fact refutes, with no doubt, the allegations of some states that accuse others of financing and funding the Jihadists in Syria, because simply, everyone paid and funded everyone and anyone who fought Assad.

The conflict in Syria revealed the divergence and the convergence in the policies of regional regimes concerning Arab revolts. While the Saudis were in favor of regional status quo, except in Syria and Libya (which it did not have good relations with), the Iranians were in favor of a revolutionary change in the region, aiming to re-clone their experience, except of course in Syria – the ally. Turks, on the other hand, were in favor of a gradual transition in the region in order to maintain their economic interests, but again with the exception of Syria, where they opted for drastic regime change.

With the emergence of Al-Nusra followed by the Islamic State (IS), the entire Arab Spring was kidnapped. In other words, with the amount of atrocities committed by the two groups, barely a single Arab is today left with the leisure to think of democracy or fighting their dictatorships.

Although there is a consensus on the grave threat IS poses, no real agreement has been reached among regional and global powers on fighting or eliminating the group. Some countries claim that weakening IS would not only mean that Assad stays, but also give him the opportunity to retrieve lost territories in Syria. Others are afraid that fighting and weakening IS could empower groups like the Kurdish PKK and various Shiite guerrillas.

In all of this, we must remember that the United States was the keyword to provoke many Arabs to revolt against their regimes, which were long accused of being American stooges. And the moment the United States launched its air strikes against IS, the numbers of new recruits to IS increased dramatically – it has been reported that more than 6,000 militants joined the organization since the beginning of the US campaign.

With its quick rise and control of large swaths of Iraq and Syria, IS inspired many conspiracy theories on the US role in these events. Although critics of this line of thought claim that the US is currently leading a campaign against IS, I tend to see the latter argument both erroneous and illogical.

Aside from the document revealed by a former employee at the US National Security Agency (NSA), one Edward Snowden, which said that British, Israeli and American intelligence worked together to create the Islamic State of Iraq and Syria in order to attract extremists across the world to one single place, there are in fact far more signs. Firstly, all observers have concluded that these strikes are not really harming IS. US Senator John McCain told CNN on October 7th that IS advances illustrate the ‘ineffectiveness and fecklessness’ of the air strikes. Secondly, the US tardy decision to launch air strikes took months, during which IS was expanding and gaining power day after day. Thirdly, attacking IS does not necessarily mean that the US has no role in the formation and the rise of the group. To illustrate, throughout history, many US administrations attacked former allies when their interests conflicted, e.g. Noriega of Panama.

However, one should concede that without the widespread ignorance among Arab populations – due to decades of malevolent policies by corrupt regimes who allied with the US – groups like IS would not have found grounds to propagate their austere interpretation of Islam. Still, this fact does not rule out a foreign imprint in the ongoing chaos in the region.

Unfortunately, with the intercalation of new elements on the scene, i.e. the Kurdish issue and ethnic factors, all regional players succumbed to a form of paralysis with few options in hand, and thus the whole region will be susceptible to further schism and deeper ordeals until everyone realizes that none will be immune from the ramifications of this scourge.