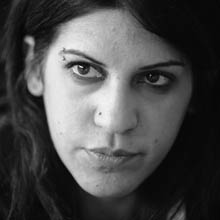 The regime of Ben Ali, or let me say the dictatorship of Ben Ali, was mainly relying on a harsh security system controlling the entire country. Tunisia has always been known as a police state; Tunisians were terrorized and afraid of the police. This gave the opportunity to the majority of policemen to violate the laws and commit human rights abuses. Torture especially during interrogations was the rule in police stations. The reform of the police has been a recurrent expression after the departure of Ben Ali from Tunisia in January 2011.

Reforming the police has been set as one of the objectives of the revolution to ensure Tunisians’ dignity. Several organizations have been launched to deal with the issue. Trainings in the field of human rights have been offered to policemen. Experts from all over the world have been invited to share their experience with Tunisians. Innumerable TV shows have been dedicated to the subject and much ink has been spilled over the issue.

We have heard so many promises coming from different politicians and from the police syndicates and we heard about several decisions, but did the practices of the police institution change?

“Reforming the police has been set as one of the objectives of the revolution”Stories of torture in police stations or inside the walls of jails are abundant. As a human rights activist dealing with the subject many people approach me to tell their stories of police abuse.

There are those stories, which became well known and there are other stories that went unnoticed…

Once, I was taking part in a weekly peaceful demonstration in the memory of the two Tunisians martyrs Chokri Belaid and Mohamed Brahmi when a man approached me. Some scars and lesions of torture were visible on his face and arms. He spoke to me painfully and explained that the National Guard agents had arbitrarily arrested him and that he had been savagely beaten without ever knowing the reason for his arrest.

“They broke their sticks on my back. They beat me savagely on different parts of my body and they insulted me.”

He added that they did not draw up a procés verbal.

Later on I had the opportunity to meet his lawyer who confirmed his story and explained that he started the legal steps to sue the aggressor. I wrote about that case but I noticed no reactions at all.

I have also been producing a TV chronicle dealing with the problems of the youth and the opinion trials. The majority of phone calls I used to receive were coming from young people that faced problems with the police. They were complaining both of verbal and physical abuse.

Almost one year ago, the story of a young man, Walid Danguir, apparently killed under torture in a police station circulated on the social networks. The photos of his corpse showed lesions and ecchymosis on different parts of his body and head injuries. Police arrested Walid on November 1st shortly after 4pm – one hour later his mother received a phone call from a police officer saying that he was dead. The police officers denied the accusations and the results of the autopsy claimed that the death was due to an overdose of cannabis.

A few days ago, two torture stories shook public opinion and were the subject of contradictory declarations and statements. Indeed in a lapse of ten days, the families of two detainees as well as some human rights organizations and activists declared the death of Ali Louati and Mohamed Ali Snoussi under torture.

According to his parents, whom I met few days ago, the deceased Ali Louati had always been denouncing the abuses he had been experiencing in jail to his mother. The latter had already filed complaints to the Tunisian Organization Against Torture and to the Minister of Justice as well as the head of the prison where he was detained before he died under suspicious circumstances. Traces of blood were clear on the shorts he was wearing when he lost his life. In a statement the prison administration denied the accusations and declared that Ali had a fragile health and that he died because of some disease. His mother insisted that he was in good health.

When it comes to Mohamed Ali Snoussi the case is much more complicated. Despite the fact that the traces of torture were obvious on his body and were exposed to public opinion, the Ministry of Interior spokesperson stubbornly says that the results of the autopsy said that the death resulted from an abusive consumption of drugs…Does this remind of something?

But what is more sickening in this story is the manner in which torture is justified by the spokesperson of the Ministry of Interior and other officials as well as by some journalists who wrote about the subject as if torture is ever justified. They do so instead of dealing directly with the case and in an obvious attempt to manipulate public opinion that aims at decreasing the sympathy of people towards his torture case.

The Ministry of Interior talks about isolated cases whenever such a case is dealt with in the media but the stories I have mentioned and many others are proof that despite the efforts to change the old habits of our police too much work is still to be done. Indeed torture is still practiced by some officers who refuse to adapt to the new reality of Tunisia. Serious investigations and legal suing should be enacted whenever such a case is detected. After a visit to Tunisia special rapporteur on torture Juan E. Méndez declared that: “Torture and ill treatment (continue) to take place in Tunisia.”

Today Tunisia is preparing its legislative and presidential elections. Today Tunisians are working on building the new Tunisia but can we build it while important issues such as respect of human rights are ignored?