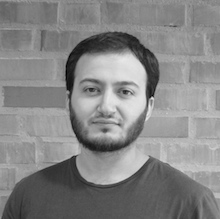 A new American war in the Middle East has just started and it’s promising to drag on for years. This is an American war; it’s neither an “international coalition” nor a “campaign”. Calling things by their right name makes it easier for us to understand them. Building coalitions have been a recent trend in US foreign policy that aims at obtaining legitimacy for waging wars. Nonetheless, those coalitions have only symbolic importance while the hard work is usually done, sometimes exclusively, by the US army.

Starting wars is easy but finishing them is not. This war has started and everything we’ve seen so far is telling us that it’s going in the wrong direction, it will complicate things and make the already chaotic Middle East worse.

Here are seven reasons why this war is going to complicate and worsen the situation in the Middle East.

Firstly, the American war is going to strengthen Assad. The war targets almost all of Assad’s foes and leaves his forces spare. This is the most but not only terrifying moral flaw in this war. The fact that the US has assured Iran that the Assad regime will be left intact to go on with its all-out slaughter campaign against the Syrian people is horrifying.

“Starting wars is easy but finishing them is not”

Assad’s regime could not hide its jubilation with the strikes hitting all of its robust opponents. The first comments regarding the strikes came from a Syrian minister describing them as “going in the right direction”.

But the Assad is hoping for more than weakening his enemies; he is hoping to employ the strikes to gain strategic advantage by trying to capture and fill the vacuum that is expected after ISIS. The re-capturing will have its consequences on the people in the to-be-recaptured areas. It will not be unfair if the Syrian people see the campaign as aiding Assad in his war against them as long as he is out of the bank of targets.

Secondly, the war will strengthen ISIS in a number of ways. It’s true that the airstrikes are going to weaken ISIS and limit their movement freedom. It will also likely prevent them from the astonishing state building that they have launched in the areas they control. However, it will simultaneously grant them legitimacy in the eyes of many as they are being targeted by an international perpetrator (i.e. US) and a bunch of much despised Arab despots (i.e. Saudi Arabia and United Arab Emirates). As Hassan Hassan notes, “What Isis will lose in terms of strength and numbers as a result of the air strikes they might gain in terms of legitimacy.” Legitimacy here can be translated materially into new recruits and fresh resources and funding.

The airstrikes can be damaging in the open areas but in the civilian-dense neighbourhoods of Mosul and Raqqa no air force can uproot ISIS.

However, what bolsters ISIS the most is attacking and weakening its enemies. ISIS has no allies among the armed groups in Syria, on the contrary, ISIS has been in constant battle with several groups for months. Those groups were the target of the American strikes in Idlib and Aleppo provinces.

Thirdly, the war is generally rejected by Syrians. Syrians are left with deep frustration and perplexity trying to understand how the “world” can come together to combat the lesser evil, ISIS, and ignore the source of all their evils, Assad the genocidaires.

Syrians expressed both skepticism and opposition to the American war in Syria before it was launched. However, soon after the campaign started they came closer to unanimity in their rejection, sending a clear message through countrywide Friday protests.

The opposition to the air strikes intensified after it became clear that coalition attacks included an unspecified number of the armed opposition groups, but excluded all forces loyal to Assad, including the radical foreign fighters fighting on Assad’s side.

The rejection of the US-led war was widely agreed upon among Syrians, and even came from the most unexpected source: the US-trained and equipped Hazzm Movement, which issued a statement expressing their opposition to the air strikes.

Fourthly, the “Khorasan Group” is no different from the “Iraqi WMD” propaganda, as neither exists. In fact, the latter fraud is good enough reason for us not to buy the story of the former. The CIA put a bunch of information together mixing truth with fantasy and came up with the “Khorasan Group” to give some legality to its war in Syria.

“Khorasan” is the Arabic name of a geographical area that includes Afghanistan. In the Syrian context, “Khorasanyeen” is a name given to Al-Qaeda veteran members who were once in Afghanistan. Among the Islamic armed groups, this is an informal title and doesn’t imply any organizational affiliation.

In other words, the “Khorasan Group”, as described by the US government, likely doesn’t exist. It’s probably being used as a cover to hit non-ISIS areas.

Fifthly, the campaign had a tragic launch. Strikes are usually the most successful if they take the enemy by surprise. This didn’t happen. And it seems to have failed in achieving any tangible results according to US officials’ accounts.

One of the tomahawks sent into Syria killed all the members of an internally displaced family sparking an angry uproar among Syrians.

The day the Saudi and Emirati fighters bombed the oil fields in the east of Syria, oil barrel prices tripled immediately sending waves of price-spikes throughout the market affecting food prices and adding salt to the wounds of ordinary Syrians battling hunger.

This war can’t succeed without at least some popular support. The impact of targeting oil fields on ordinary Syrians should have been predicted, managed and avoided.

Sixthly, the war lacks any vision. Nothing is clear. The only wish the US has voiced is to weaken ISIS in order to ultimately destroy it, but how is that going to happen? The US understands that air strikes alone can’t do the job and ground troops are not available for that mission either. There is talk about training 5,000 moderate Syrian rebels, but this is still “talk”! How long will it take to set up training camps and train this number? And what impact will 5.000 soldiers have on an organization like ISIS? Finally, what about the other groups being targeted? Is the plan to destroy them all?

“This war can’t succeed without at least some popular support”

As Rosa Brooks sarcastically described the US foreign policy: “we are guided in our foreign policy by the wise words of Yogi Berra: ‘When you come to a fork in the road, take it.’ That is what we will do now.”

Listening to American officials’ statements, it seems that there is no actual plan. The first step is to bomb ISIS and other groups with Islamist leanings until they figure out what is the next step.

Seventhly, there aren’t any signs of success in the horizon. There are a number of obvious facts that the US government and media seem to intentionally overlook while discussing the air strikes against ISIS.

ISIS is an upgraded version of the Islamic State in Iraq, they are the same guys who fought the US and whom the US spent a decade trying to defeat, but failed. They are the same ones stationed today at the outskirts of Baghdad in the east and Aleppo in the west, and they are the ones who humiliated the US-built Iraqi army and occupied large swaths of Iraq and Syria. If the US army couldn’t destroy this group with full-gear and boots on the ground, why should we believe that it can destroy it with “boots in the air”?

General John Allen, the leader of the international coalition against ISIS said that the operation to re-capture Mosul “will kick off within a year”. When hearing this news, one must raise the question: why would it take around a year to prepare for re-taking Mosul which was itself captured by ISIS in three hours?

At the end only time can tell us how much of a success or failure the new American adventure in the Middle East will be. However, for the time being, all the signs are telling us that it’s a continuation of the old American mentality and practices in the Middle East and that we shouldn’t be optimistic.