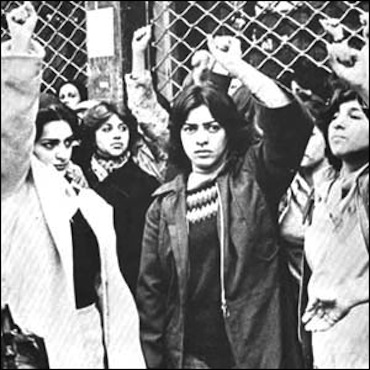 Omid Habibinia talked to Jamileh Nedai, an Iranian writer, producer, and director, about women's historical struggle against mandatory hijab in Iran. Jamileh was among tens of thousands of women who took to the streets during the initial stages of the Islamic Revolution to demand a liberal attitude towards the traditional headscarf.

When Mullahs first tried to make the hijab mandatory, Iranian women protested for about one week, forcing Khomeini “to back off.”

“We went to TV and political figures who were ambitious for power, like Taleghani, and made them choose side,” Jamileh says in the interview. Should, shouldn’t be! became a slogan for these women, and had to do with a speech Khomeini held at the time.

“There was a strong sense against any kind of ‘should!'”

But pressure mounted from conservative groups and the hijab became mandatory in 1981 in government offices. For a more detailed account of these events, see the video above.