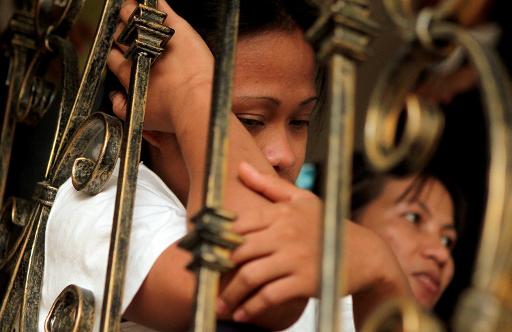 Foreign maids from impoverished countries endure physical, sexual and emotional abuse in the United Arab Emirates, trapped by a system that denies them protection, an international rights group said Thursday.

Human Rights Watch called on the UAE to reform a restrictive visa system and pass a labour law for domestic workers to stop the abuses.

“We already bought you. You don’t have the right to complain,” Filipina Marelie Brua said in a video interview with HRW, recounting her former employer’s words.

“As I pretended to clean the playroom, I was punching the floor, crying. Is this all I get for taking a chance here? I kept on blaming myself,” she said.

At 800 dirhams, Brua’s pay is roughly equivalent to the Philippines’ minimum wage.

Brua is one of 99 domestic workers who shared her harrowing experiences for a multimedia HRW report on the abuse, released in Manila.

“We already bought you. You don’t have the right to complain”

The UAE hosts 146,000 female maids mostly from the Philippines, Indonesia, India, Bangladesh, Sri Lanka, Nepal and Ethiopia, according to HRW.

The rights group said the UAE must reform its visa system to allow maids to transfer employers without penalty.

Under the current system, domestic workers face being banned from future employment if they try to switch jobs.

Employers acts as the maids’ visa “sponsors” and this leaves them “exposed to abuse”, according to HRW.

Aside from passing labour legislation for maids, the UAE must cap maids’ work hours and enforce a regulation granting them one day off per week, as well as mandating eight hours of rest in any 24-hour period, it said.

Maids are not covered by existing UAE labour law and were also excluded from recent visa reforms, HRW said.

HRW ALSO SAID countries sending workers to the UAE must strengthen their embassy staff there, inform their nationals of their rights and coordinate more closely with the UAE government on abuse cases.

From the Philippines, many maids get mired in debt to process work papers even before they head abroad and spend years paying these off before they can offer help their families back home.

Another Filipina maid featured in HRW’s report, Jeany Alfiler, had her left forearm covered with a dark scar.

She said her former employer’s mother pressed on it with a flat iron after she refused to help her dry dates under the sun.

“I screamed in pain,” she said in a video interview.

Neither UAE or Philippine officials were immediately able to respond to the abuse claims.