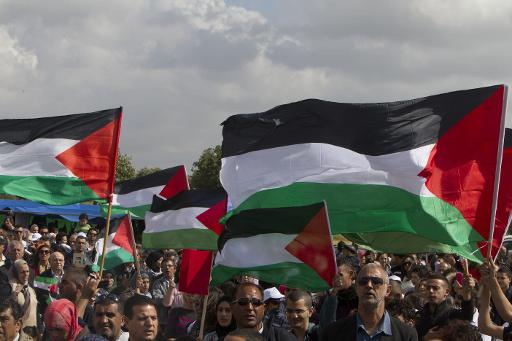 Sweden on Thursday officially recognised the state of Palestine, Stockholm's foreign minister said, less than a month after the government announced its intention to make the controversial move.

Sweden on Thursday officially recognised the state of Palestine, becoming the first EU member in western Europe to do so, prompting Israel to recall its ambassador to Stockholm.

“We are not picking sides. We’re choosing the side of the peace process,” Swedish Foreign Minister Margot Wallstroem told reporters as she explained the controversial decision.

Just hours after the Swedish announcement, Israel said it was recalling its ambassador to Stockholm for “consultations”.

“This indeed reflects our irritation and annoyance at this unhelpful decision, which does not contribute to a return to (peace) negotiations,” Israeli foreign ministry spokesman Emmanuel Nachshon told AFP.

The Swedish foreign ministry was not immediately available for comment on the Israeli move.

Wallstroem wrote Thursday in the daily Dagens Nyheter that recognition “is an important step that confirms the Palestinians’ right to self-determination.”

“We hope that this will show the way for others.”

Palestinians are seeking to achieve statehood in Gaza and the Israeli-occupied West Bank with east Jerusalem as the capital. With little progress on reaching a settlement, they have been lobbying foreign powers for international recognition.

Palestinian president Mahmud Abbas immediately hailed Stockholm’s decision as “brave and historic” and called for others to follow suit.

“All countries of the world that are still hesitant to recognise our right to an independent Palestinian state based on 1967 borders, with east Jerusalem as its capital, (should) follow Sweden’s lead,” Abbas’s spokesman quoted him as saying.

But Israeli Foreign Minister Avigdor Lieberman denounced the move, saying “relations in the Middle East are a lot more complex than the self-assembly furniture of IKEA”.

“The decision of the Swedish government to recognise a Palestinian state is a deplorable decision which only strengthens extremist elements and Palestinian rejectionism,” he said in a statement.

Sweden’s new Prime Minister Stefan Loefven, a Social Democrat, announced in his inaugural address to parliament in early October that his country unlike most EU members would recognise a Palestinian state.

While the Palestinians cheered the move, Israel summoned Sweden’s ambassador to protest and express disappointment.

The United States cautioned Sweden against recognition, calling it “premature” and saying the Palestinian state could only come through a negotiated solution between Israelis and Palestinians.

Israel has long insisted that the Palestinians can only receive their promised state through direct negotiations and not through other diplomatic channels.

The UN General Assembly overwhelmingly approved the recognition of Palestine as a non-member observer state in 2012.

Sweden’s announcement brings to 135 the number of countries that recognise the state of Palestine, including seven EU members in eastern Europe and the Mediterranean — Bulgaria, Cyprus, the Czech Republic, Hungary, Malta, Poland and Romania. Non-EU member Iceland is the only other western European nation to have done so.

“The EU has in the past said it would recognise when appropriate, but this is in the competence of member states,” Maja Kocijancic, spokesperson of the European external action service, said Thursday.

In a symbolic vote indicative of growing impatience with peace talks which have effectively been stalled for a year, Britain’s parliament earlier this month also passed a non-binding resolution to give diplomatic recognition to a Palestinian state.

Wallstroem, in Thursday’s opinion piece, said that there were some “who will maintain that today’s decision comes too early.”

“I’m afraid it comes too late,” she wrote. “The government will now have to work with the other EU countries as well as the United States and other regional and international actors for the support of new negotiations.”

In the announcement, Sweden’s foreign minister also said that “the government considers that international law criteria for recognition of a Palestinian state have been fulfilled.”

Observers said it was too early to tell if the Swedish step would prompt other countries to take similar action.

“It’s really hard to say how many countries will actually take the plunge and follow Sweden,” said Michael Schulz, an expert on the Middle East and conflict issues at the University of Gothenburg.

“For the EU to recognise Palestine, that would require all member states to agree, so it’s unlikely,” he said, estimating that Stockholm’s decision “shouldn’t change much” over the short term.