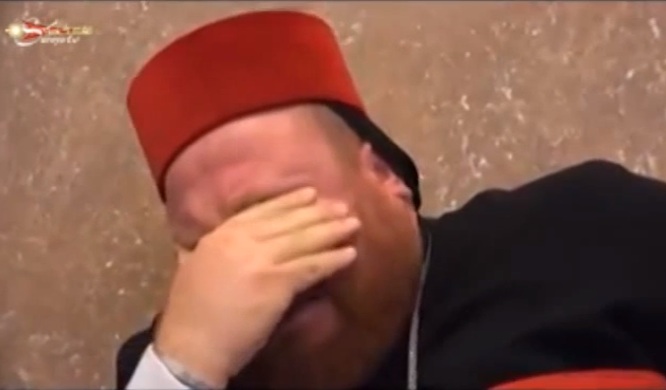 "Although a lot of wars happened on the Land of Iraq, we did not stop praying in our churches, neither in Mosul nor in surrounding villages," the Bishop explains, before falling into tears.

“His Eminence, Mor Nicodemus Daoud Sharaf, the Archbishop of Mosul, is weeping while explaining the misery of the Iraqi Christians, who had to leave their homes in Mosul and the surrounding villages over 3 months ago,” writes Ephrem Ishac, who uploaded the clip on YouTube. He continues: “Today, they are suffering the cold winter under the poor tents in Erbil (Kurdistan). Those Christians are still speaking Syriac (Aramaic) until today. I have translated this video, roughly from Syriac to English, in order to transmit this message to many people as much as possible.”