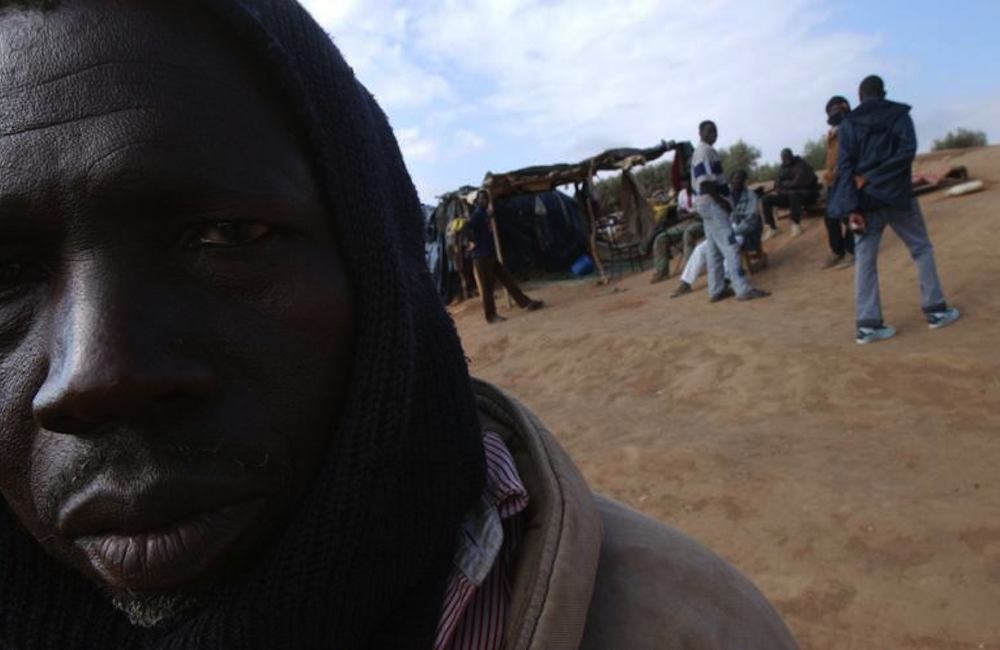 A fresh decision by Morocco to not host the African Cup on its soil has sparked a debate about racism and prejudice. Meanwhile, awareness campaigns like 'I am a Moroccan, I am an African.' are struggling to reach out to the Arab population.

A refusal by Morocco to host next month’s 2014 African Cup of Nations football tournament for fear that it could import the Ebola virus from West Africa spotlights complex relations between the continent’s Arab and sub-Saharan nations as well as the non-transparent inner workings of the Confederation of African Football (CAF), a constituent member of troubled world football body FIFA.

THE MOROCCAN DECISION to violate the terms of its agreement to host the tournament has prompted CAF to ban it from competing in Africa’s biggest sporting event. The Moroccan decision appears however marred in contradiction.

Morocco can’t escape the impression that it’s decision was informed by prejudice grounded in the fact that Arabs were once among the continent’s foremost slave traders, Morocco’s emergence as a major transit point in efforts by sub-Saharan migrants to reach Europe, and concern about the possible impact of an Ebola case on tourism that accounts for an estimated ten percent of Morocco’s gross domestic product (GDP).

CAF has repeatedly declared that the World Health Organization (WHO) had assured it that Ebola need not be a concern in deciding on a Moroccan request to postpone until next summer the tournament that is scheduled to be held in January.

The three countries most effected by the virus – Sierra Leone, Liberia and Guinea – are moreover unlikely to qualify for the African Cup. Liberia has already been disqualified, Sierra Leone is at the bottom of its group, and Guinea has at best an outside chance being tied for third place in its group.

Morocco’s concern about a possible spread of the violence is further called into question by the fact that it has hosted a number of Guinean qualifiers because they could not be played in Guinea itself.

Morocco’s justification is also complicated by the fact that in contrast to the African Cup it has agreed to honour its commitment to next month’s World Club Cup. The World Cup is likely to attract far more foreign fans than the African tournament.

Morocco’s decision was likely influenced by the fact that African tourism has already taken a substantial hit as a result of Ebola. The Telegraph reported last month that travellers were putting off trips even to countries like South Africa and Kenya that are far from West Africa and have not been effected by the virus and that hotel occupancy rates in Nigeria have dropped by half.

ARAB RELATIONS with sub-Saharan Africa moreover boast a long and complex history. “The relationship between Arabs and black Africans has always been largely asymmetrical-with the Middle East usually the giver, and black Africa usually the receiver. Throughout the history of their involvement in black Africa the Arabs have been both conquerors and liberators, both traders in slaves and purveyors of new ideas. Trade and Islam have been companions throughout, with the crescent following the commercial caravan, the muezzin calling believers to prayer from the marketplace,” wrote the late controversial Kenyan scholar Ali A. Mazroui in an article in Foreign Affairs in 1975.

Professor Mazroui’s views have been challenged by black nationalists who have denied that Arabs are part of Africa despite the fact that Arab nations populate virtually all of the north of the continent. They have also demanded reparations for what Nigerian Nobel laureate Wole Soyinka denounced as their “cultural and spiritual savaging of the continent” and condemned huge purchases of African land by Gulf investors as part of a food security strategy and investment in agro-business as a new form of colonialism.

The dark side of Arab-African relations has furthermore gained a new lease on life with the influx of sub-Saharan immigrants into North Africa. Moroccan Labour Minister, Abdelouahed Souhail, recently charged that sub-Saharan immigrants were boosting his country’s unemployment rates. Estimates for the number of sub-Saharans in Morocco range from 10-15,000, many of whom are stranded in poverty in the country after having failed to make it to Europe. Maroc Hebdo, a prominent Moroccan magazine, ran a cover story this summer entitled, ‘The Black Peril.’

A Guinean student told France 24 earlier this month: “I came here to study computing thanks to a grant from my country. I’ve been here for four years, and for four years I’ve been a victim of racism. It happens all the time, everywhere. The most awful incident took place at the airport. I was with my aunt, who was heading back to Guinea and had a lot of luggage. Other passengers from sub-Saharan countries, seeing her struggle to carry it, came to help her get it onto the plane, but an airline employee stopped them, saying she had to deal with it on her own because she was black. I replied in Arabic, and he replied by hitting me in the head… Often, when I’m just walking down the street, people will call me a ‘dirty black man’ or call me a slave.”

IN RESPONSE TO the exacerbation of racist attitudes by Ebola and migration as well as of at times hysterical reporting on the virus in Moroccan and Arab media, Forum Anfa, a Moroccan NGO named after the 1943 Anfa conference at which then Moroccan King Mohammed V gathered like-minded leaders to coordinate their opposition to Nazi Germany, launched this month a campaign under the slogan, “I am a Moroccan, I am an African.’

Morocco World News quoted Global Opus Prize winner and women’s activist Aicha Ech-Chenna as saying: “It is not enough to say I am Moroccan, I’m African. We have to accept Sub-Saharans as they are, with their religions, Christians or Muslims…We do not need to ask them to convert or change to accept them, we all have an African Identity”.